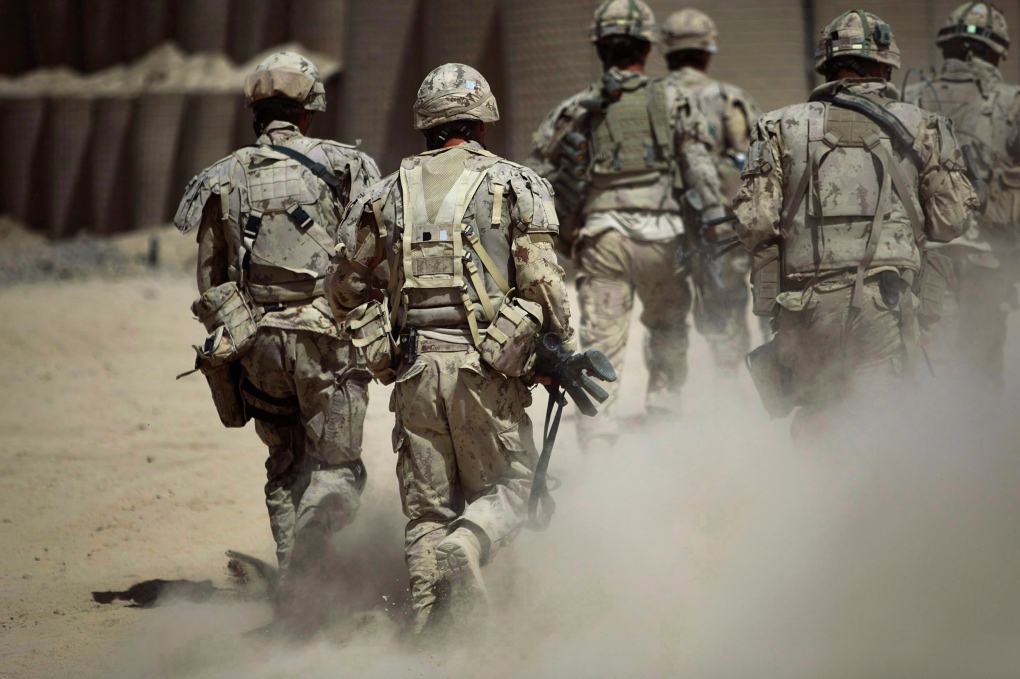 OTTAWA -- Col. Ian Hope, the first in a long line of Canadian battlefield commanders, arrived in Kandahar aboard a C-130 transport plane with an unobstructed view of the sunrise over the wide, abandoned sands of the southern Registan desert.

It was the beginning, in more ways than one.

He landed a little ahead of his troops from the 1st Battalion Princess Patricia's Canadian Light Infantry, who 10 years ago Wednesday, formally -- but quietly -- took over for U.S. Army units in the heartland of the Taliban.

Even before the hulking transport touched down on the sun-baked airstrip, Hope knew they would need energy, moral strength and mental focus for an unfamiliar kind of war -- a counter-insurgency fought from the shadows.

"I knew by reading history and through professional development it was very difficult and unpredictable," Hope told The Canadian Press in an interview.

"I also knew that the situation would change, requiring mental flexibility. But I was very, very confident. I was confident when I left nearly eight months later."

Just how much spirit, endurance and concentration the Canadian people and political establishment would need in the weeks, months and years ahead was not apparent on that winter day in the desert.

By the time Hope left, however, reality was all too clear.

Kandahar was on fire and awash in both Canadian and Afghan blood, and Hope's successor was preparing for a major ground offensive to retake territory from the Taliban fighters who were surging out of their Pakistan sanctuaries.

When it was all over five years later, 158 Canadian soldiers were dead, nearly 2,000 more had been wounded and billions of dollars had been spent on military hardware and development.

Canada assumed wider responsibility for the southern command of Afghanistan under Brig.-Gen. Dave Fraser on Feb. 28, 2006.

Fraser called it an unheralded moment of national pride to be given that sort of international responsibility. The intervening years demonstrated that Canada was country that pulled its weight in difficult times, he added.

"It probably shaped the 10 years that have come and gone," Fraser said.

Hope said he's not "overwhelmed with nostalgia or remorse" at either milestone. The mission, he said, was simple -- and wavered little throughout Canada's long, costly engagement.

"We needed to buy time; time for the international effort to create Afghan institutions capable of standing up to the pressures on their own," Hope said.

"When I left, I felt that we had given the province of Kandahar, the south of the country, NATO, the other international players and the Afghan government the time they needed.

"This even though the Taliban, supported from and by Pakistanis, surged in great numbers into southern Afghanistan in an attempt to win space and to disrupt plans to create those viable institutions. We denied them that in 2006, and again and again until we left in 2011."

In some respects, a decade later, the international community is still buying time.

A report released last week by the Rand Corporation, a U.S. non-profit think tank, says the counter-insurgency war throughout all of Afghanistan took two steps forward and two steps back in 2015.

The election in 2014 of a new president, Ashraf Ghani, offered promise, it noted.

"But now that the honeymoon with Ghani is ending, it appears that Afghanistan is left with many of the same unresolved issues as when the conflict began, including corruption, poor governance, and weak rule of law," it reads.

"The best prospects for the conflict's resolution are through some kind of negotiated settlement, and future U.S. efforts should focus on reaching such a settlement and on favourable terms."

The war and world attention has moved on from Afghanistan, but the policy group argues there is a growing imperative for the West to let Ghani to bury the hatchet with the Taliban, which has recently resisted incursions by the latest global terror threat: the Islamic State of Iraq and the Levant, or ISIL.

"To avoid a repeat of similar missteps in Iraq, the United States should push for reconciliation to ensure an inclusive negotiated settlement (likely to include constitutional reform) that gives the Taliban a legitimate voice in the political process," said the report.

"By achieving this objective, U.S. policy would work to drive a wedge between the internally directed insurgency of the Taliban and the transnational threat posed by groups like al-Qaida and the Islamic State."

Fraser said he believes the premature ending of the Kandahar combat mission in 2011, while NATO was still fighting, and the latest withdrawal from Iraq has eroded Canada's standing among its allies.

Hope, meanwhile, is inclined to dismiss "hyperbole" and predictions of "imminent doom."

From his perspective, the struggle in Afghanistan is no different than many other nations throughout the Middle East and North Africa.

"Afghanistan was just phase one of a long generational struggle."