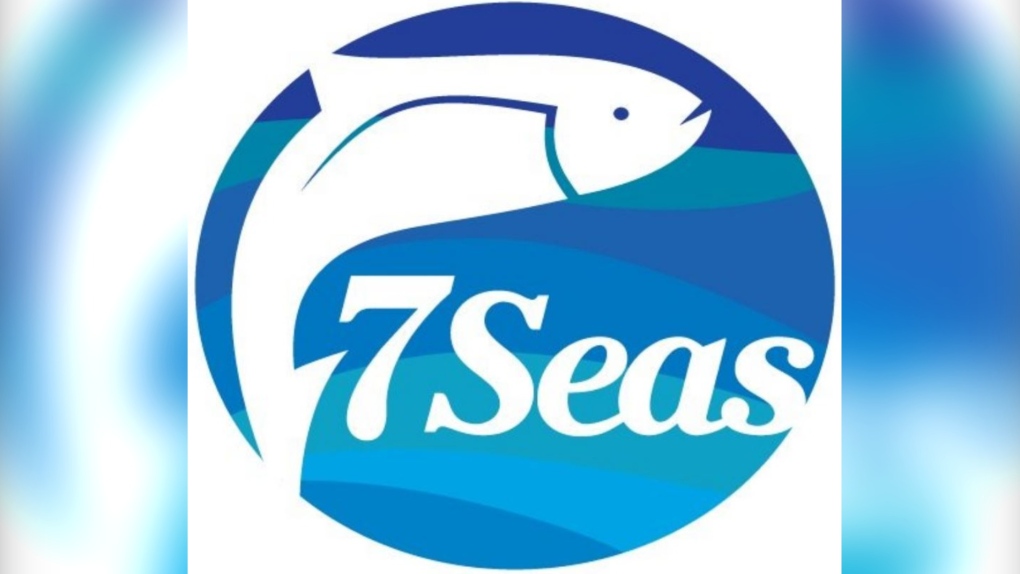 The Seven Seas Fish Company Ltd. logo is seen in this image (7SeasCanada/Twitter)

TORONTO -- A Richmond, B.C. seafood wholesaler and its owners pleaded guilty in a Seattle court Friday to illegally importing more than 9,000 pounds of fish that had been previously refused entry into the country.

According to a press release from the U.S. Department of Justice, Seven Seas Fish Company Ltd. purchased more than 12,000 pounds of frozen white fish called corvina from a seafood company in Mexico in June 2014.

The company then attempted to import the corvina into the U.S., but when safety officers with the U.S. Food and Drug Administration tested the fish, “one third of the samples from the shipment were more than 20 per cent spoiled,” the release states. It also states the company then arranged for the corvina to be shipped to Richmond, B.C., “claiming the product would be distributed in Canada.”

After it arrived in B.C., owner of the Seven Seas Fish Company, John Heras, “cooked and ate some of the fish and claimed he found nothing wrong with it.” Heras also encouraged others to sell the fish to customers in the U.S. with full knowledge it had previously been refused entry, the release said.

The FDA said they have not found any illness linked to those who consumed the fish.

Heras could face up to a year in prison. A sentencing hearing is scheduled for Feb. 7.