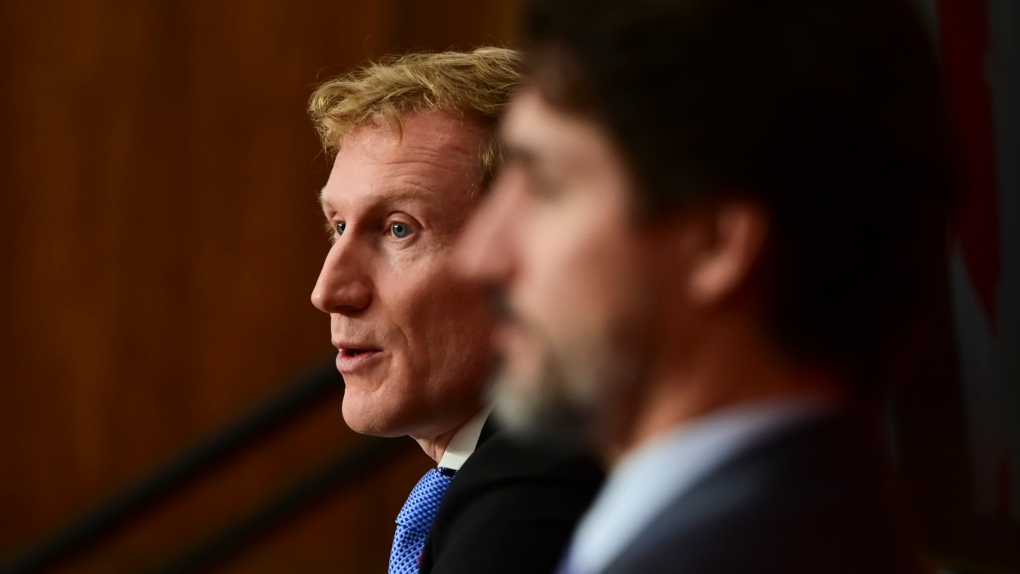 Minister of Indigenous Services Marc Miller, left, and Prime Minister Justin Trudeau provide an update on the COVID-19 pandemic during a press conference in Ottawa on Friday, Oct. 30, 2020. (THE CANADIAN PRESS/Sean Kilpatrick)

OTTAWA -- Canadian Rangers were expected to arrive in Neskantaga First Nation on Friday to help the remote community in northern Ontario as it grapples with a water crisis.

Much of the First Nation was evacuated earlier in the month after high levels of hydrocarbons -- chemical compounds found in crude oil and coal -- were discovered in the water supply, forcing officials to turn off the pipes.

"The Canadian Rangers have also been deployed to support the community and should be on the ground as of today," Indigenous Services Minister Marc Miller told reporters on Friday.

"We're diligently working towards finding immediate and long-term solutions to this health emergency, and we will not stop until Neskantaga has access to clean, safe and reliable drinking water."

The Rangers are a sub-component of the Canadian Army Reserve.

Earlier this month, Prime Minister Justin Trudeau backtracked on a longstanding promise to end all on-reserve boil-water advisories by March 2021, citing travel restrictions implemented because of the pandemic.

Miller said the government continues to "work aggressively" to end boil-water advisories by next spring.

"Canada won't stop until all First Nations on-reserve have access to safe, clean and reliable drinking water," he said Friday.