Cartu, who grew up in St. Catharines, Ont., boasts more than 700,000 followers on an Instagram account (@jcartu) that documents his exploits racing Ferraris, attending Milan Fashion Week and taking a ride in a Russian MiG fighter jet to the edge of the stratosphere.

Among those following closely are securities regulators in Ontario and the United States, who accuse Cartu and his two younger brothers of enriching themselves through an illegal online stock trading scheme run from an office in Israel.

U.S. officials allege the Cartus ran a “massive fraudulent” trading operation between 2013 and 2017 that appears to have helped fund Cartu’s lavish lifestyle through multi-million-dollar transfers to off-shore bank accounts in the Caribbean.

Regulators accuse the Cartu brothers of selling risky “binary options,” effectively bets on the future direction of a publicly traded stock’s price. Like sports bets, they are all-or-nothing propositions. Guess correctly which way a stock will go and the investment pays out in full. Guess wrong and it’s gone.

Investors were allegedly recruited online and offered returns of “between 60-85%” but most lost money.

Last week, the case was up for a hearing before the Ontario Securities Commission, which last year brought a civil enforcement action against Josh Cartu and his brothers Jonathan Cartu and David Cartu, claiming they illegally sold binary options to about 700 Ontario investors.

U.S. regulators allege the Cartus’ companies misrepresented the results of the trades and wouldn’t refund investors when they asked for their money back.

Among the alleged victims is a Barrie, Ont., man who works as a controller for a power utility. He swore an affidavit last month saying he had invested $628,000 through one of the Cartu companies and was unable to recover any of it.

“This was a devastating loss as it represented virtually all of my retirement savings,” he said in the statement.

David Cartu has since settled with the OSC and is no longer part of the legal action but is still being sued in the U.S. and Ireland.

Eldest brother Josh Cartu, 42, was dropped as a client by the Toronto office of law firm Dentons in the OSC case. The firm told the commission in January that he hadn’t paid his legal fees and that they had been unable to get instructions from him.

WHERE IS JOSH CARTU?

Finding Josh Cartu has also been difficult for the Commodity Futures Trading Commission in the U.S., where he and his brothers face allegations involving much more money and many more investors from all over the world.

The Cartu brothers, along with a Texas man and two other Canadian brothers -- Leeav Peretz and Nati Peretz, from Windsor, Ont., but now in Israel -- are accused of securities violations involving companies that took in US$165 million in credit card payments from investors.

“These brokers also falsely claimed that the offered binary option transactions were profitable, when the majority of customers lost money,” the CFTC said in a statement, alleging the companies “manipulated the results of some trades to force customer losses and generate profits for themselves.”

The case is currently before the Texas court and none of the allegations have been proved.

Josh Cartu did not respond to repeated requests for an interview, and the U.S. lawyer representing his brothers declined a request from CTV News for comment.

David Cartu did participate through legal counsel in the OSC case and in May agreed to a settlement in which he admitted breaching Ontario securities law. He will pay $315,000 in penalties and fees -- a small percentage of the money U.S. regulators say he received from their online operations. 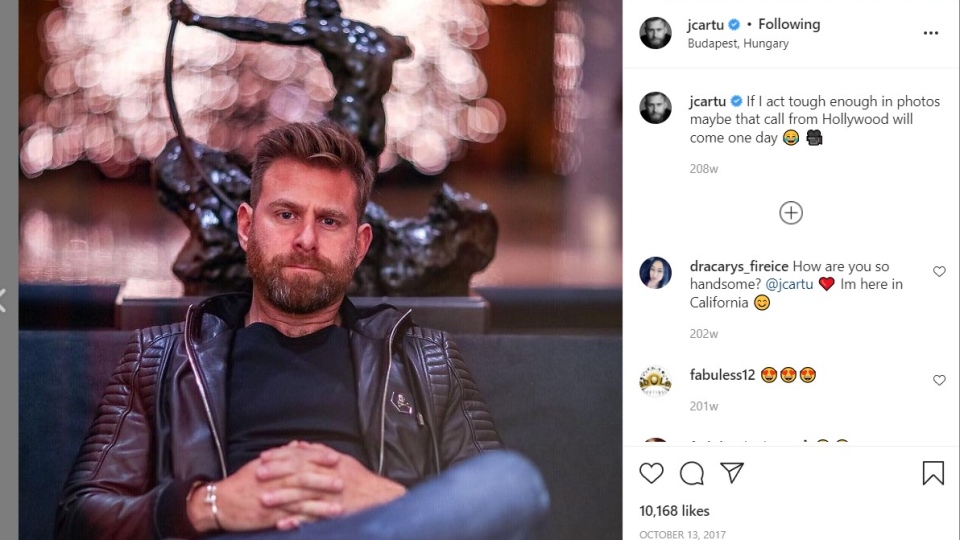 OSC investigators said they were satisfied that David Cartu “was not the principal actor in the binary options trading program and did not induce the investors to enter into the trades.”

In a 2018 interview about his racing career, Cartu described himself as “a nerd” and said he was a poor student growing up but had an interest in computers, turning off the phone ringers in his home so people calling into a bulletin board system he ran wouldn’t wake up his parents. He said he had worked washing cars and later as a salesman at a Honda dealership.

How Cartu got his start selling options is unclear, but in 2008, he was hired as CEO of a small online gaming company called Dice Partners, incorporated in Panama. The company operated in a grey area of law that prohibited gambling sites run from the U.S. Cartu helped set up the gaming platform overseas. Two investors in Wyoming sued Cartu, alleging he had seized control of the company’s websites and diverted more than US$10 million of its money to his own bank accounts.

Cartu denied the allegations in the lawsuit and said he was a citizen and resident of Israel at the time and had never even been to Wyoming. The Egans’ lawsuit was dismissed in 2013 at his request after the court found it didn’t have jurisdiction over a non-resident.

Kelly Egan, a Jackson, Wyoming-based attorney who represented her husband, Bruce Egan, one of the investors, said they went to the FBI but the bureau wasn’t interested in a dispute involving a business that operated on the margins of U.S. law.

But online gambling appears to have springboarded Cartu into new ventures. According to the complaint filed by the U.S. CFTC, one of the online options trading companies, BeeOptions, began operating in 2013 out of the conference room in the office of a gaming company run by Josh and David. The commission says the Cartu brothers also ran a network of other companies, Rumelia Capital and Glenridge Capital— apparently named for the St. Catharines neighbourhood where their parents still live.

Investigators say the companies made email solicitations to investors for binary options trades with the promise of exceptional returns.

The trades were pitched by Glenridge CEO “Vincent Glenn,” who the CFCT believes is an entirely fictional person. Jonathan Cartu, they allege, used the alias “Jon Cartier” when contacting investors.

A retired man from the Orangeville, Ont.-area told CTV News he started investing small amounts but was encouraged to keep putting in more money, and was even offered bonuses to keep investing. But he could never pull the money out, eventually losing nearly $30,000.

The man is now one of 35 investors from around the world who are suing over the trades in Ireland.

The Cartu brothers’ business, according to the CFTC complaint, was highly lucrative. Josh and Jonathan each transferred US$9.2 million in profits from these companies to offshore accounts, the complaint alleges: Josh’s money went to a company set up in Belize; Jonathan’s to the Seychelles; while David received US$4.9 million through a corporation in the British Virgin Islands and another US$4.1 million via a U.K. corporation.

‘I KISSED A FROG AND GOT A PRINCE’

Josh Cartu’s wealth is evident in his extravagant social media presence. It features photos and videos of him driving Ferraris in annual week-long Gumball 3000 rallies between cities in Europe and beyond. In one video, he shows off what is presented as his own Cessna Citation executive jet, retrofitted to include a carbon-fibre staircase, tray tables and even a carbon-fibre toilet in the lavatory.

Cartu was once romantically involved with Israeli model Lee Levi, who had previously dated the son of former Israeli Prime Minister Benjamin Netanyahu. “I kissed a frog and got a prince,” she said of Cartu in an Israeli TV interview. “I didn’t even want to go on his private jet at the beginning.” Cartu participated in the interview by video chat on Levi’s phone, saying he had no qualms about dating someone in the public eye. 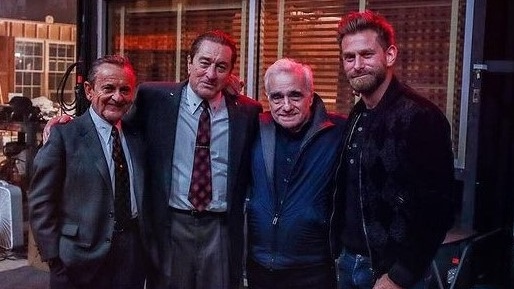 He has also been photographed with actors Robert De Niro, Joe Pesci, Richard Madden from Game of Thrones, and director Martin Scorsese. Australian actor Sullivan Stapleton, star of 300: Rise of an Empire, drove as Cartu’s “co-pilot” in one Gumball 3000 rally.

The Ferrari website lists Cartu as a driver in its Challenge Series racing team, which allows owners of high-end Ferrari models to try competing on the race track. And he presents himself as an ambassador for Hublot, a Swiss company that sells luxury wristwatches. The company told CTV News that it never had any contractual affiliation with Cartu but acknowledged he’d been at Ferrari events where Hublot provided official timing.

Cartu’s dashing online presence has made him an object of fascination for motor sports enthusiasts and the financial press. He has been profiled in Forbes and Huffington Post, described as a millionaire race car driver, entrepreneur and branding and marketing expert.

Media coverage has been less favourable in Israel, where binary options schemes flourished until regulators began to crack down in 2016. Cartu and his brothers have been included in the Times of Israel’s “Wolves of Tel Aviv” investigation into binary trading boiler rooms.

CTV’s W5 reported last year that hundreds of Canadians had been gulled by binary trading schemes run from Israel, including an Edmonton man who died by suicide after losing $300,000 to a firm called 23Trading.

Whatever the outcome of the U.S. case, the Cartus face only potential monetary penalties, unless the allegations are escalated to the U.S. Department of Justice for criminal investigation.

But if the Cartus are found in violation of securities law, the agencies could take steps to freeze assets they hold in Canada or the U.S. Still unclear: whether any money will ever be recovered from Josh Cartu or his brothers, whose whereabouts are uncertain.

According to court filings, the CFTC believes Josh is currently living in Budapest or possibly somewhere in Russia and Jonathan is in either Israel or Russia.

David Cartu is still listed as a director of a Canadian corporation he registered in 2019 at the St. Catharines address of a home owned by his wife, but she sold the property two years ago. The current owner told CTV News she believes Cartu and his wife moved to the republic of Georgia, located at the intersection of eastern Europe and western Asia.

The Cartus’ father also claims he doesn’t know where his sons are now.

“I have no idea,” said Lazar Cartu at the door of his St. Catharines home on Monday. He declined to comment on the allegations against them.

“You can do your investigation,” he said.

Glen McGregor can be reached at glen.mcgregor@bellmedia.ca.