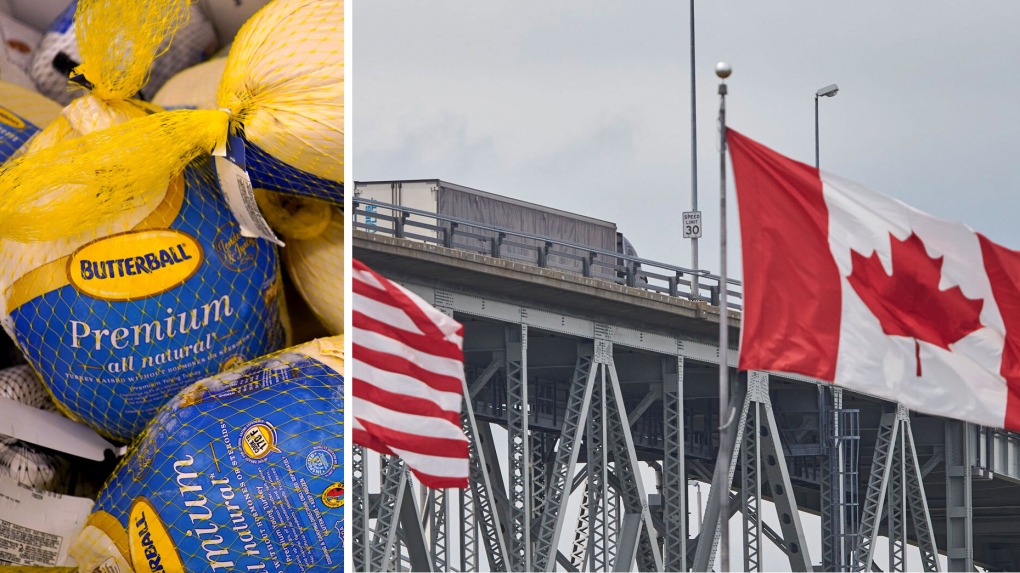 The Canadian Food Inspection Agency (CFIA) is advising Canadians not to go shopping for cross-border turkey deals this year due to avian influenza outbreaks.

In a press release issued Thursday, the agency said several states and provinces have outbreaks of bird flu or H5N1, a virus that spreads quickly among chickens, ducks, quail and other fowl, through close contact with infected birds or their excrement. It is almost always lethal for animals, but it is rare for humans to contract the virus.

Alberta farmers have seen a recent rise in the number of flu cases in their flocks, with the province reporting 1.1 million birds impacted as of Sept. 27. Across the U.S, 46.8 million birds have been affected.

"Due to the presence highly pathogenic avian influenza (HPAI), the CFIA has restricted the importation of raw poultry and poultry products into Canada from states currently experiencing outbreaks," the release said.

If a turkey or poultry product is purchased in a state without an outbreak, a border control agent will need to see a receipt stating there is not an outbreak, the CFIA says.

"Those without proper documentation will have to surrender their poultry to Canada Border Services Officers for disposal, or return the item to the grocery store," CFIA said in the release.

As of Sept. 19, regardless of outbreak status, labelled, retail-packaged and fully cooked poultry products are allowed across the Canada-U.S border.

The release from the CFIA comes as Canadians prepare for a holiday weekend amid crippling inflation that has seen the cost of the traditional Thanksgiving dinner rise significantly this year.

Sylvain Charlebois, who teaches food policy at the university and is director of the lab, explained the avian outbreak has little to do with turkey prices.

"Most of the turkeys that will be bought this week are already harvested," Charlebois told CTVNews.ca on Monday.

Shoppers in Canada have seen the per-kilogram price of turkey increase by an average of 15 per cent since last year, and 22 per cent since March 2020, according to a September 2022 report from Dalhousie University's Agri-Food Analytics Lab.

While Canadians celebrate Thanksgiving Day on Monday, Oct. 10, the U.S. holiday is not until Nov. 24, making price-comparisons a challenge right now.