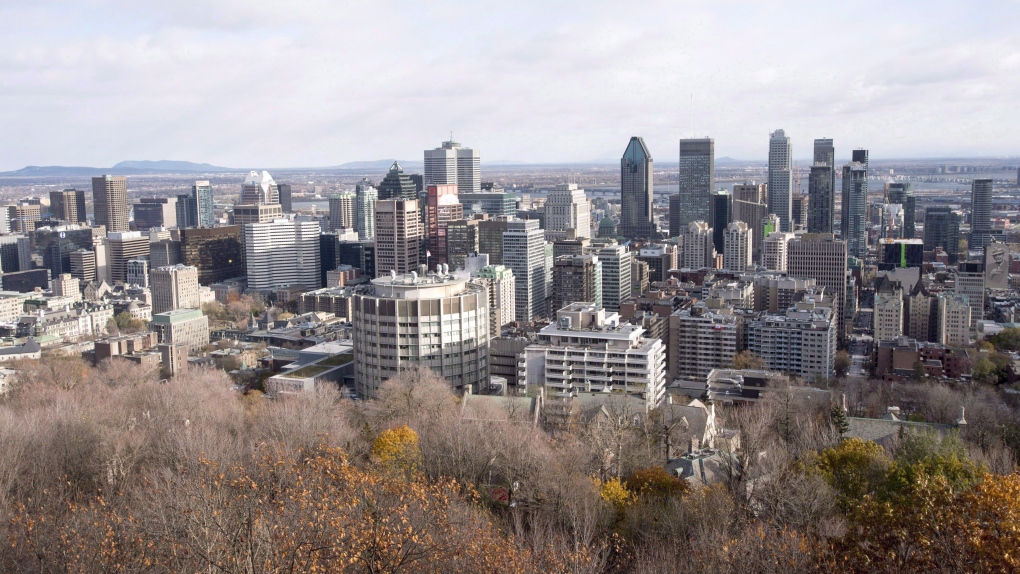 The Montreal skyline as seen from Mount Royal Friday, November 10, 2017 in Montreal. (THE CANADIAN PRESS/Ryan Remiorz)

MONTREAL -- Morrie Tobin, the Montreal native named in reports as the central figure who exposed an alleged college admissions scam in the United States, was described Tuesday by those who knew him as someone who stood out for his athleticism and drive.

Tobin, who pleaded guilty last month to conspiracy to commit securities fraud in an unrelated case, has been identified by the Wall Street Journal as the informant who helped expose the admissions scheme. At least nine athletic coaches and 33 parents, including Hollywood actresses Felicity Huffman and Lori Loughlin, are among those charged in an investigation dubbed Operation Varsity Blues.

Clifford Margolese, 55, said he and Tobin were "thick as thieves" when they grew up together in the predominantly Jewish Montreal neighbourhood of Cote St-Luc.

"We played sports, we worked out, we chased girls, we drank beer. We had a good group of close friends," Margolese said in an interview. "He was the prototypical Cote St-Luc good Jewish kid growing up."

Now a manager for a building maintenance company in Victoria, Margolese said he had heard about Tobin's troubles with the U.S. Securities and Exchange Commission prior to last week's news about the college scandal that continues to grip the United States.

The Wall Street Journal described Tobin as a Los Angeles financier who tipped off federal authorities to the admission scandal "hoping for leniency" in his securities fraud case. The newspaper reported that Tobin's information led to the arrests in the alleged nation-wide college admissions scheme.

College employees, including many coaches, are accused of taking bribes from wealthy parents to get their children into top schools by falsely portraying them as recruited athletes.

U.S. officials say some parents -- including people prominent in Hollywood, law, finance, fashion and manufacturing -- paid as much as $6.5 million to guarantee their child's admission into colleges around the country.

Margolese said he lost contact with Tobin when they were both in their early 20s, after he had moved to British Columbia and Tobin began playing hockey for Yale University in New Haven, Conn.

"Everyone makes good and bad decisions in their life," Margolese said, adding he had only positive memories of Tobin. "But typical human nature, greed, wanting more, trying to take advantage of the system -- we are all faced with those kinds of decisions, and either you make the right one or the wrong one. He happened to make the wrong one."

Court documents reveal Tobin pleaded guilty last month to conspiracy to commit securities fraud and aiding and abetting. The charges were in connection with what are known as pump-and-dump schemes, involving several alleged accomplices. It's alleged in the documents that between 2013 and 2018, Tobin and others disguised their ownership and control of various securities and artificially inflated the price and trading volume of those stocks so they could secretly sell their shares at a substantial profit.

Tobin is set to be sentenced in June and has been released on bail until then, with several conditions, including that he surrender his passport, stay in the United States, seek mental health treatment and not possess any weapons, the documents show. His lawyers could not immediately be reached for comment.

Don McEwan, 66, who taught gym at Wagar and is now retired, said he remembered Tobin and his brother Larry as excellent athletes. "And good people," McEwan said in an interview. "That's why it was a little bit of a surprise," he said, referring to Morrie Tobin's legal troubles.

In a biography on about.me that has since been modified, Tobin described himself as an "LA-based entrepreneur with broad experience in the financial services industry." The bio states he worked with CIBC World Markets in Toronto and invested "more than $200M in new companies to grow and prepare them to go public. Today, I use my talent and experience to be of service to my neighbors."

-- With files from Paola Loriggio and The Associated Press