Canadian Forces pressing ahead with improvements to transgender policy 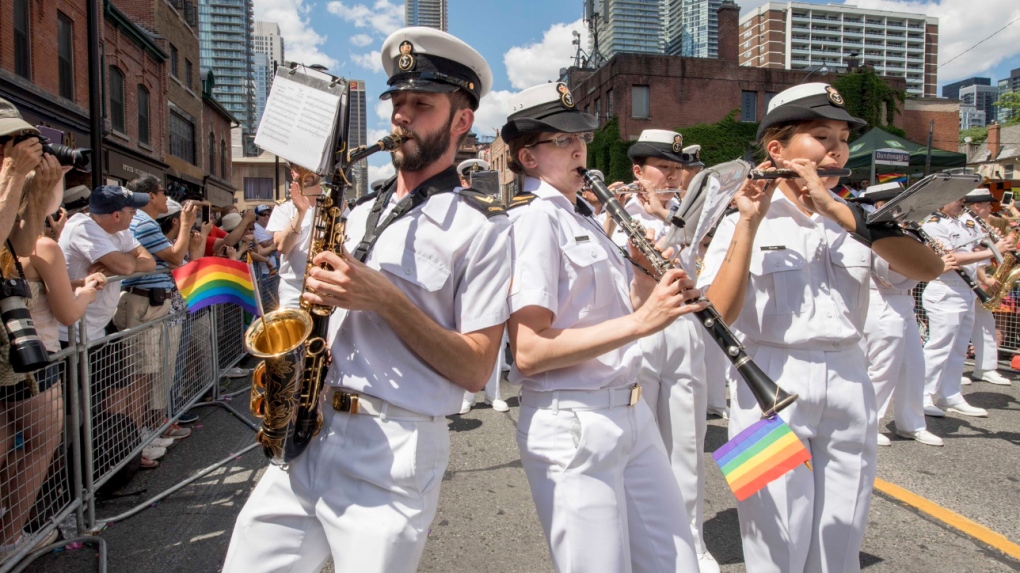 OTTAWA -- The Canadian Forces says it is pressing ahead with improvements to its transgender policy, even as U.S. President Donald Trump looks to bar transgender people from military service south of the border.

Trump surprised many Wednesday when he announced on Twitter that he was reinstating a ban on transgender people serving in uniform, after the previous Obama administration lifted the ban last year.

"Our military must be focused on decisive and overwhelming victory," he wrote, "and cannot be burdened with the tremendous medical costs and disruption that transgender in the military would entail."

The announcement sparked concern for the hundreds of trans members already serving in the U.S. military, and accusations that the president was exaggerating the challenges of accommodation.

It also cast a light on the Canadian Forces, which lifted its own ban on transgender people and LGBT members following a court case in 1992 -- a fact the Forces highlighted on its own Twitter account Wednesday.

"We welcome (Canadians) of all sexual orientations and gender identities," the military wrote under a picture of three sailors playing instruments at a recent Pride parade. "Join us!"

While many of the changes are expected to be technical in nature, it is also expected to give commanding officers and units more guidance when it comes to such basics as bathrooms and showering.

The update, which started last year, is expected to be complete in the fall.

There are no official figures for how many transgender people are in the Forces, but estimates put the number at about 200.

While the costs do not include any hormone therapy, Alan Okros, an expert on diversity in the military at the Canadian Forces College, said many service members receive such treatment for various conditions -- not just sex reassignment.

Okros also said he was unaware of any negative impacts that allowing transgender people to serve in uniform has caused on operations or the military's overall ability to do its job.

Canada is one of 18 countries that currently allow transgender military personnel, which includes Israel, Australia, Britain, Germany and France.

"The disruption factor is not a major issue for these countries at all," Okros said. "So some of (Trump's) objections are based on concerns or exaggerations that aren't borne out."

Randall Garrison, who serves as both the NDP's defence critic and its LGBTQ critic, called on Prime Minister Justin Trudeau to denounce Trump's "despicable" comments.

"Service to one's country is of the highest honour. Transgender people who are currently in the military and those who wish to serve are, in many ways, the bravest of the brave," Garrison said in a statement.

"Prime Minister Trudeau must denounce this policy immediately in order to demonstrate that Canada not only respects human rights but that we will stand up against discrimination."

The Liberal government sidestepped questions about Trump, however, as Defence Minister Harjit Sajjan's office noted transgender military personnel have been allowed to serve openly for 25 years.

"Our position on their valuable service in the Canadian military has not changed," spokeswoman Jordan Owens said in a statement.