Canadian cowboy on his ride from Calgary to Brazil: 'I lived out my life's dream' 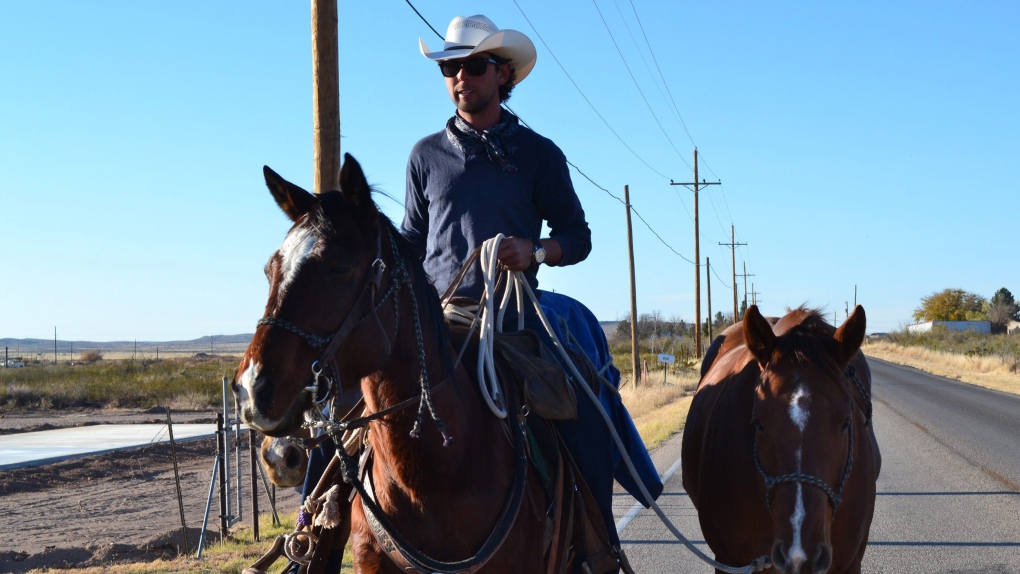 CALGARY -- A Canadian cowboy who has completed a 16,000-kilometre horseback journey to Brazil says he was overcome with emotion at trail's end.

Filipe Masetti Leite, 27, immigrated to Canada from the South American country when he was a teenager. On July 2012, he started a return journey by riding out of the Calgary Stampede grounds with his two horses Bruiser and Frenchie. He added a third horse to his team, Dude, from a ranch in New Mexico.

The ride took him through 10 countries before he arrived to a cheering crowd at his home in Espirito Santo do Pinhal, Sao Paulo last week.

"I cried for three days as the trip slowly came to an end. When I entered that rodeo arena packed with cowboys and cowgirls from all over Brazil, I felt more adrenaline than I have felt my entire life," Leite said in an interview with The Canadian Press.

"Tears filled my eyes as thousands of people gave me a standing ovation."

Leite's family returned to Sao Paolo, Brazil, nine years ago and were on hand to meet him.

The inspiration for the trip was a similar quest in 1925 by Aime Tschiffely, a Swiss school teacher who rode 16,000 kilometres alone from Buenos Aires to New York City.

Leite, who has a journalism degree from Ryerson University in Toronto, has documented his travels. He said a book and documentary are scheduled to come out next year.

His goal was to draw attention to the illegal drug war in Latin America. He said a lot of innocent people are dying and 80 per cent of the drugs are ending up on U.S. streets.

"I saw and documented the reality of the Americas. I lived it," he said.

"I saw two people lying dead from gunshots in Guatemala. I slept at a drug lord's house for three days in Honduras. I witnessed a man trying to kill his wife with five shots in Tegucigalpa."

It was witnessing the attempted murder that still haunts him, he said.

"I will never erase her yells for help while the gunpowder silenced her. I felt so helpless. I wanted to do something but my feet were glued to the ground."

Leite said his constant companions for the past two years are doing well. The horses have grown huge muscles and become extremely calm.

He said they will be retired in his home town.

"I lived out my life's dream and that is priceless. This has been the most gratifying and insightful experience of my life."