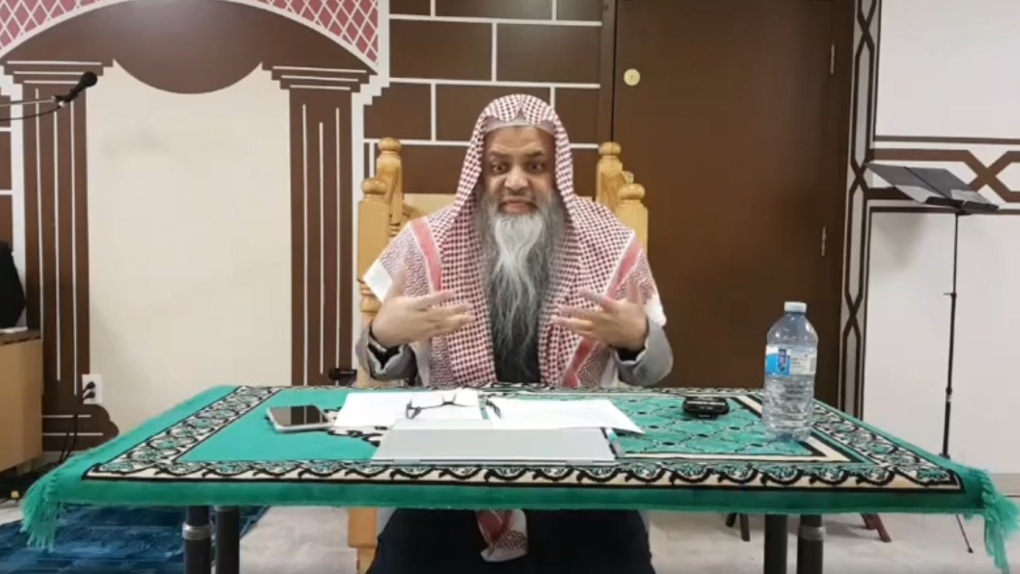 Muslim cleric Younus Kathrada, who said wishing someone Merry Christmas is a sin worse than murder, claims his comments were taken out of context. (Muslim Youth Victoria/YouTube)

A Muslim cleric who said wishing someone Merry Christmas is a sin worse than murder claims his comments were taken out of context.

During a sermon on December 23, Sheikh Younus Kathrada, a preacher in Victoria, B.C., said that Muslims must be offended when people worship Jesus.

Sheikh Kathrada can be seen addressing worshippers in a video titled ‘Greeting Non-Muslims On Their Holidays,’ published to YouTube by Muslim Youth of Victoria.

“If a person were to commit every major sin, murder, committing adultery, dealing with interest, all of these sins, if a person were to do all of those major sins, they are nothing compared to the sin of congratulating and greeting the non-Muslims on their false festivals,” he said.

“It is not possible that a true believer will allow himself or herself to congratulate people, we have no shame.”

By the end of the sermon, Sheikh Kathrada stressed that he never calls for the killing of non-Muslims, who should be treated justly.

In a follow-up video posted on January 5, he accused media outlets of stirring up trouble by selectively cutting and pasting parts of his speech to boost sales.

“Tonight’s session is neither a retraction nor an apology,” he said in the video posted to the Muslim Youth of Victoria Facebook page.

“I stand by what I said and I will not retract unless I am proven to be wrong. What you see is what you get, unedited, uncut.”

According to the Washington D.C.-based Middle East Media Research Institute (MEMRI), Sheikh Kathrada was born in South Africa, studied in Medina, and is now based in British Columbia.

He grew up in Canada and has lived here for approximately 45 years.

He is affiliated with the Vancouver-based Dar Al-Madinah Islamic Society, MEMRI said.

“We cannot simply get emotional and take words that people who are out to cause trouble put out there out of context,” he said.

Social media commentators accused the cleric of being divisive.

According to its Facebook page, Muslim Youth of Victoria was formed in 2014.

In 2018 it established the Dar Al-Ihsan Islamic Centre in Victoria.

Led by Sheikh Kathrada, the aim of the centre is to “serve the community of Victoria with fun and educational activities and to provide a place for Muslims to gather for religious and social events, provide religious education for children, teens and adults and a place for non-Muslims to come to learn about Islam.”