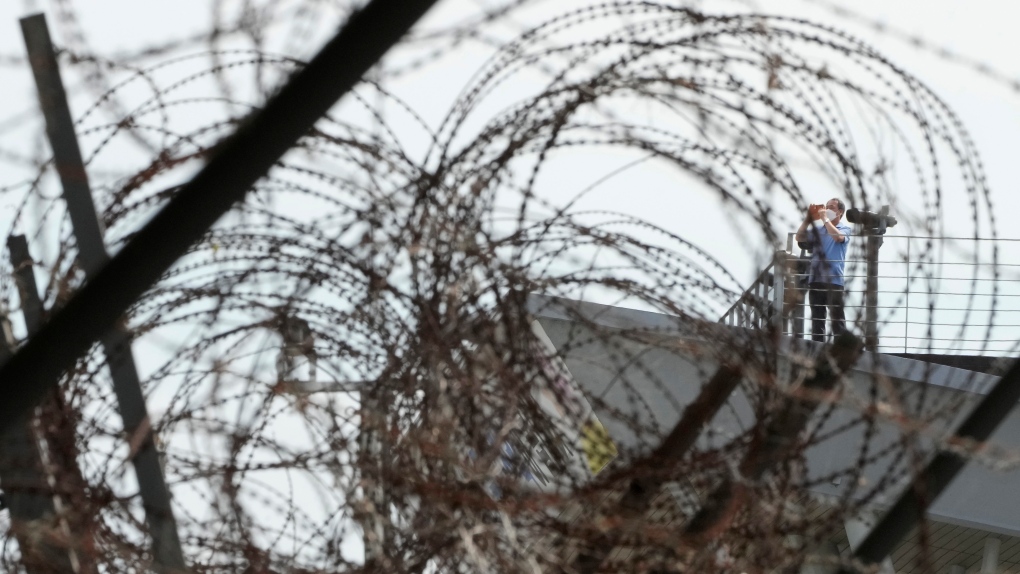 A visitor takes photos toward the North's side at the Imjingak Pavilion in Paju, near the border with North Korea, South Korea, Friday, Sept. 24, 2021. (AP Photo/Ahn Young-joon)
OTTAWA -

Canadians will be able to sponsor people fleeing North Korea under a new program to help refugees escaping Kim Jong Un's authoritarian regime, according to a Toronto-based human rights organization.

HanVoice says a pilot program being launched next February will allow Canadian citizens to sponsor women and children who have fled to a neighbouring country, such as Thailand.

The U.S., South Korea and Canada currently accept North Korean refugees. North Koreans who head to China are sent back if caught, while those who make it to Thailand have no official status.

HanVoice says the pilot program will start with the sponsorship of five North Korean families who have already fled to Thailand.

The program will focus on bringing women and children fleeing North Korea to Canada.

The human rights group says Canada's Immigration Department will vet and process the applications. The department did not immediately respond to a request for comment.

“North Koreans who have managed to flee their country have very few options of settling safely without risk of detention or repatriation,” Chung said. “Canada is now a safe pathway. We hope this can be the spark that opens new doors around the world for North Korean refugees.”

HanVoice is working closely with the Immigration Department on the pilot program, Chung added. “The Canadian government will be responsible for liaising with Thai authorities, processing the applications and ensuring compliance.”

Under the scheme, private sponsors must support the North Korean families for a year after they arrive, or until the family becomes self-sufficient, for up to three years.

Community groups, as well as individual Canadians, will be able to sponsor the North Koreans, with support from HanVoice.

Sponsors will have to help provide financial and social support for the North Korean newcomers, from welcoming them at the airport to paying for food, rent, gas and electricity, as well as clothes and furniture.

This report by The Canadian Press was first published Oct. 26, 2021.