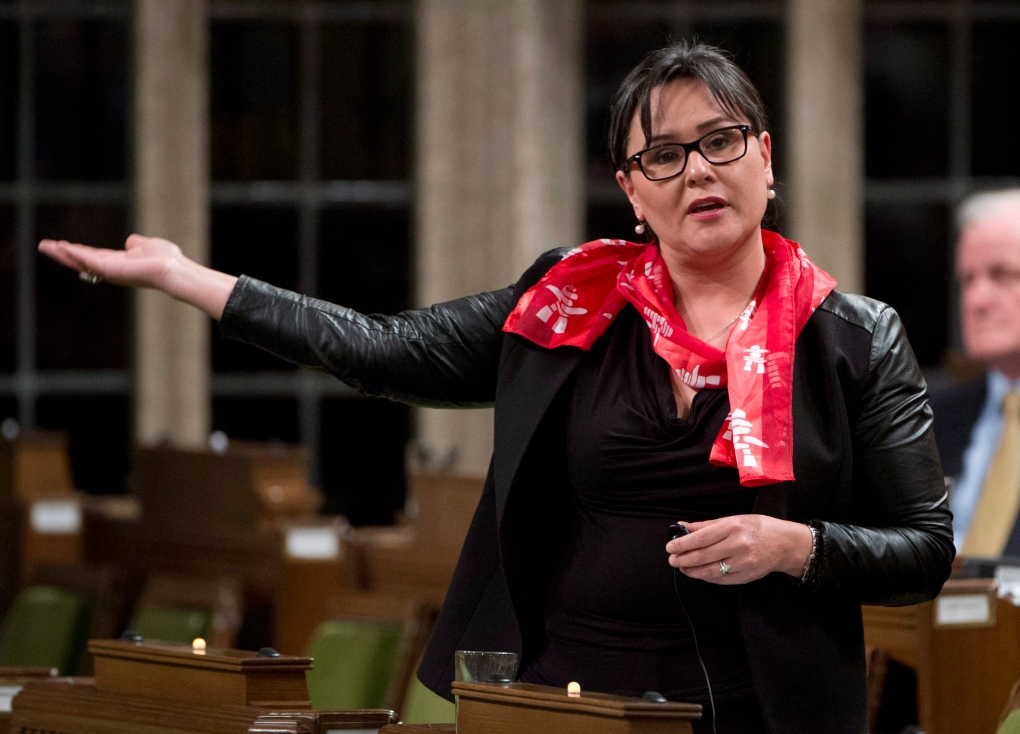 Environment Minister Leona Aglukkaq responds to a question during question period in the House of Commons Friday April 4, 2014 in Ottawa. (Adrian Wyld / THE CANADIAN PRESS)

Environment Minister Leona Aglukkaq says Canada is taking a "principled stand" against Russia by not attending an Arctic Council meeting in Moscow this week.

Aglukkaq announced Tuesday afternoon that she would not attend the meetings in protest of Russia's intervention in eastern Ukraine.

"As a result of Russia’s illegal occupation of Ukraine and its continued provocative actions in Crimea and elsewhere, Canada will not be attending working-group level meetings in Moscow this week," Aglukkaq, the current head of the council, said in a statement. "Canada will continue to support the important work of the Arctic Council."

Ottawa says the decision to skip the meetings builds upon other tough measures Canada has already taken against Russia, including sanctions and travel bans.

Meanwhile, the Canadian government imposed more travel bans and sanctions over the weekend in response to growing pro-Russia uprisings in eastern Ukraine.

A Russian delegation attended a meeting held in Yellowknife late last month held by the Arctic Council -- an eight-member group of countries that ring the North.