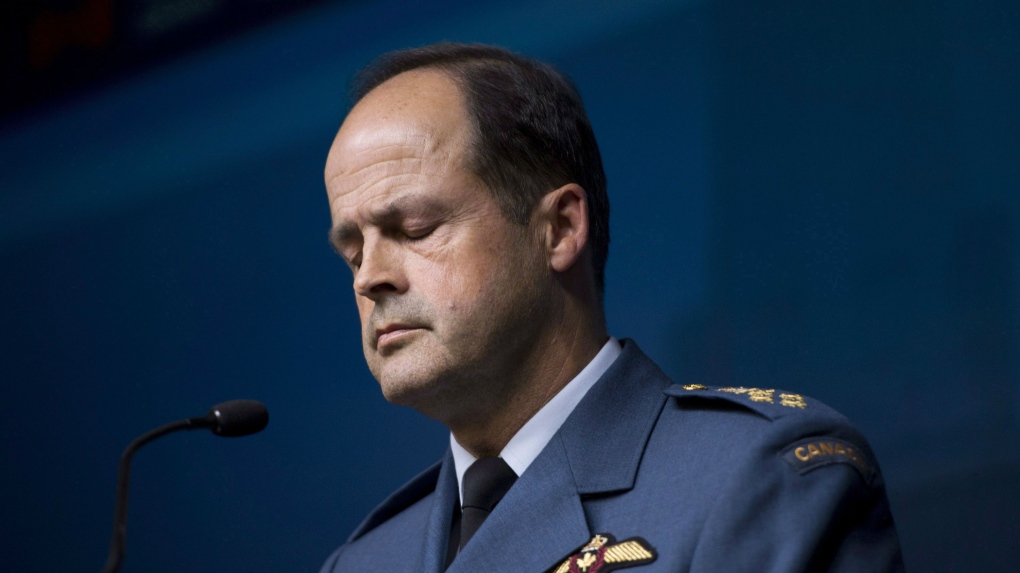 In a news release, the DND said Gen. Tom Lawson “met with regional officials to exchange information, and to update them on Canada's ongoing contributions to the advise and assist mission.”

No further details were given about the meetings, but a Kurdish news agency reported that Lawson sat down with a top Peshmerga leader in northern Iraq. Lawson reportedly arrived on a Canadian C-17 cargo plane, which also delivered supplies such as winter military gear.

Lawson also visited Canadian troops in Iraq, Kuwait and aboard HMCS Fredericton in the Mediterranean Sea, according to the DND.

About 600 Canadian Forces personnel have been deployed to join airstrikes against ISIS in Iraq as part of Operation Impact. The crew aboard HMCS Fredericton is carrying out Operation Reassurance to support NATO-led activities in the Mediterranean.

In a statement, Lawson said he appreciated the opportunity to meet Canadians taking part in the two missions.

"Thanks to their exemplary professionalism, the Canadian Armed Forces continue to have a high level of support at home and a sterling reputation with our allies and regional partners,” Lawson said.

Questions have been raised about Canada’s mission in Iraq, after it was revealed that Canadian troops exchanged fire with ISIS militants on the ground. After the first incident, military officials said that Canadians were “enabling airstrikes from the ground” by actively finding targets with lasers for jets flying overhead. The Canadians were attacked and fired back in self-defence, officials said.

NDP Leader Thomas Mulcair has accused Prime Minister Stephen Harper of misleading Parliament when he promised last fall that Canadians would not engage in any type of ground combat.

Lawson also told CTV’s Question Period in October that Canadian special-ops would not be guiding airstrikes from the ground.

However, Lawson clarified last week that the situation on the ground has since “evolved.”

During question period in the House of Commons Tuesday, Mulcair once again accused Harper of giving “intentionally misleading answers” to Parliament about Canada’s role in Iraq.

Harper responded by saying that the NDP does not support the military mission against ISIS.

“Canadian troops, under their commanders, are executing exactly the mission that Canadians have given them, that this Parliament has given them,” Harper said. “They are advising, they are assisting, and … if fired upon, they’re going to shoot back.”

In the fall, Harper told the House that Canadian troops’ role in Iraq is to “advise and to assist -- it is not to accompany.”

But on Monday, Defence Minister Rob Nicholson said, “I’m not sure how you could train troops without accompanying them.”