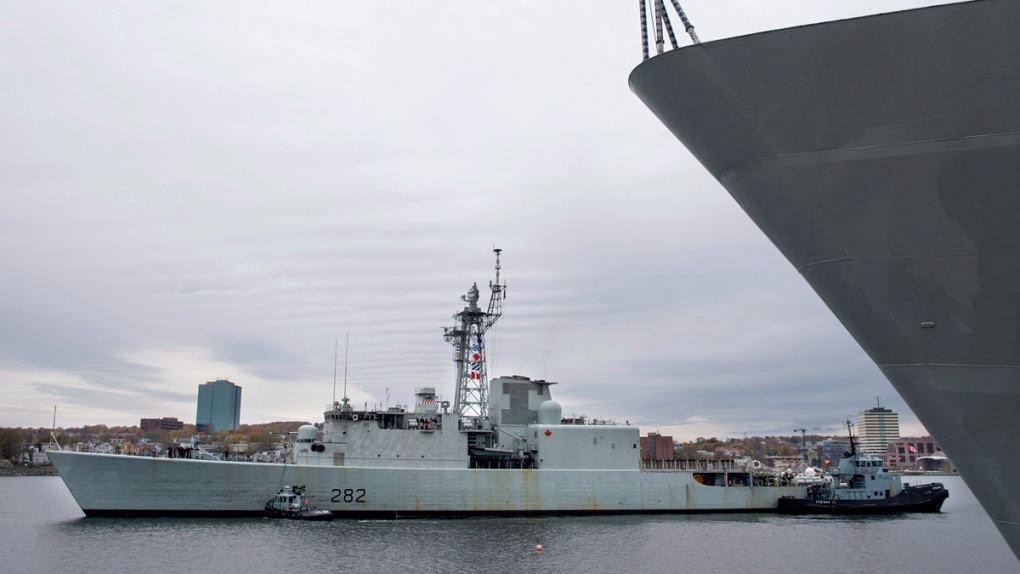 HALIFAX -- In its heyday, it was one of Canada's largest fighting ships -- built for operations in the North Atlantic as a helicopter-carrying submarine hunter with a crew of more than 250.

But the big gun on HMCS Athabaskan thundered its final salvos Wednesday, as Canada's last Cold War-era destroyer enters retirement after more than 44 years of service.

It was deployed during the first Gulf War in 1990, delivered aid after Hurricane Katrina in 2006 and Haiti's 2010 earthquake, and responded to international troublespots to fulfil Canada's NATO obligations under the ship's motto "We Fight As One."

"Your first vessel is usually your first love and I do say that's true," said Peter Rigby, who served more than 19 years on Athabaskan and retired as a petty officer first class. "Athabaskan is my first love of the sea."

Rigby was among dozens of Athabaskan veterans who returned to the ship for its final "day sail" outside Halifax harbour Wednesday.

Ottawa announced over two years ago that Athabaskan, commissioned in September 1972, would be retired along with three other Royal Canadian Navy ships. A new class of 15 ships is to replace the Iroquois-class destroyers and the Halifax-class frigates.

At a length of 129.8 metres, the Athabaskan with a full load has a displacement of 5,100 tonnes and a top speed around 27 knots. A major three-year modification that began in 1991 refitted the vessel for anti-aircraft warfare.

Retired rear-admiral Dave Gardum commanded Athabaskan for two years when it was the flagship for NATO.

"When I commanded these ships it had a full bank of missiles and was fully combat capable," said Gardum.

He described the four Iroquois-class vessels as the nicest handling ships in the navy, because of a variable pitch drive system that made them easy to steer.

However, Rigby said although Athabaskan was a reliable performer, it had some quirks including a rather smoky stack and something the crew refers to as the "15 knot shuffle."

"The 15 knot shuffle is when we hit 15 knots when the ship is sailing," he said. "There's a slight shuffle in the ship, it feels like it's vibrating."

Rob Bolger, a retired supply technician, said Athabaskan also tended to roll a little more than the other vessel he served on, HMCS St. John's.

"Athabaskan used to rock you to sleep," said Bolger.

In addition to its NATO duties, Athabaskan also participated in fisheries and sovereignty patrols.

The ship's current commanding officer, Cmdr. Jean Couillard, said sailing the vessel into retirement marks "the end of an era" for the navy.

Couillard said there will be a transition period as the navy waits for its new vessels.

"It's an exciting time for the guys that are joining the navy right now," he said. "As they are pressing through their training and are all ready to go they will have new ships to sail with."

Athabaskan will be decommissioned or "paid off" during a ceremony Friday in Halifax. The term dates back to the days when sailors were paid wages owing them when they went ashore.

"It's a shame that they are actually retiring her," said Bolger. "But things end ... so I'm glad I could be here one last time."