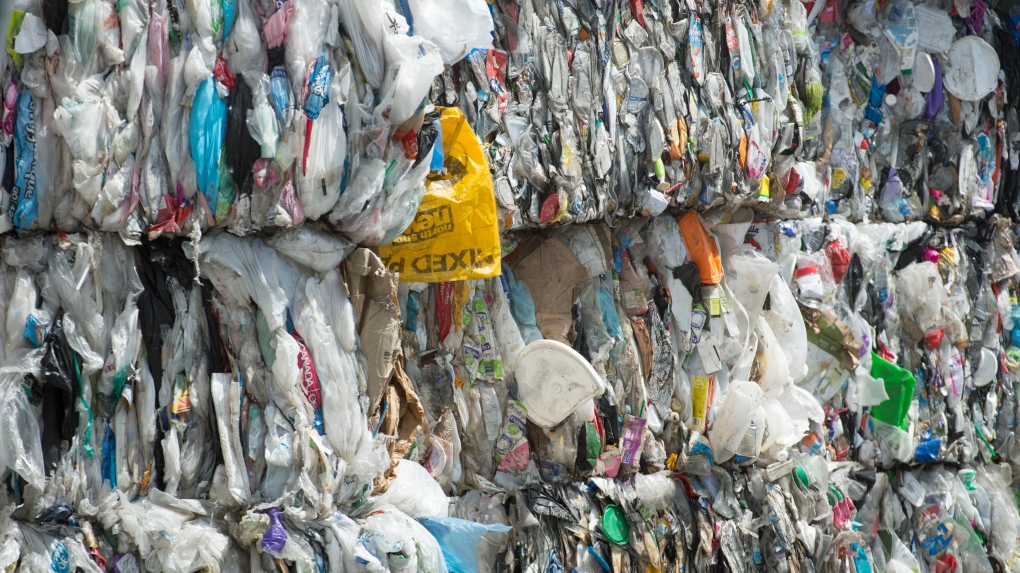 Plastics are seen being gathered for recycling at a depot in North Vancouver, B.C. Monday, June, 10, 2019. THE CANADIAN PRESS/Jonathan Hayward

A new report on the “global garbage glut” labels Canada as a “high risk” country in an escalating worldwide waste crisis.

The findings by Verisk Maplecroft, a consulting firm specializing in global risk, developed new indices to enumerate the state of a country’s waste and recycling management.

Canada performed relatively well, with a less than 2 per cent share of global waste production. But the trash generation still outweighs the country’s share of the global population. No country was worse than the United States, which was also one of the worst of any industrialized nation for managing its trash, the report found. Americans generate three times as much waste as their Chinese counterparts, according to the report.

China, India and the United States ranked the highest, with a combined 39 per cent of generated global municipal waste. The data was collected using numbers from local authorities on solid waste collection from residential, institutional and commercial sources.

The report comes amid growing discussion around single-use plastics and contentious international disputes, including a recent episode between Canada and the Philippines, of which the report makes special note. Earlier this year, the Southeast Asian country said it would send back to Canada 69 shipping containers of falsely labelled rotting waste. The trash arrived in Vancouver late last month.

Plastics has been a hotter topic globally since China, once the largest importer of plastics for recycling, closed its doors to the material in January 2018, citing contamination. Researchers with Verisk wrote that the mounting global crisis should spring governments to action.

“With the world’s attention firmly fixed on the problem of waste, we expect governments to act, with businesses footing the bill,” said Verisk Senior Environmental Analyst Niall Smith. “Beyond the potential financial impacts, the reputational risks for business are high if they ignore intensifying interest in the issue from consumers and investors.”

America’s thirst for consumption is not matched by an appetite for recycling - find out how 194 countries rank for waste generation and recycling https://t.co/jmsp2hbwmI. Download the report #wastemanagement #recycling pic.twitter.com/Vt9AJ6dYGx