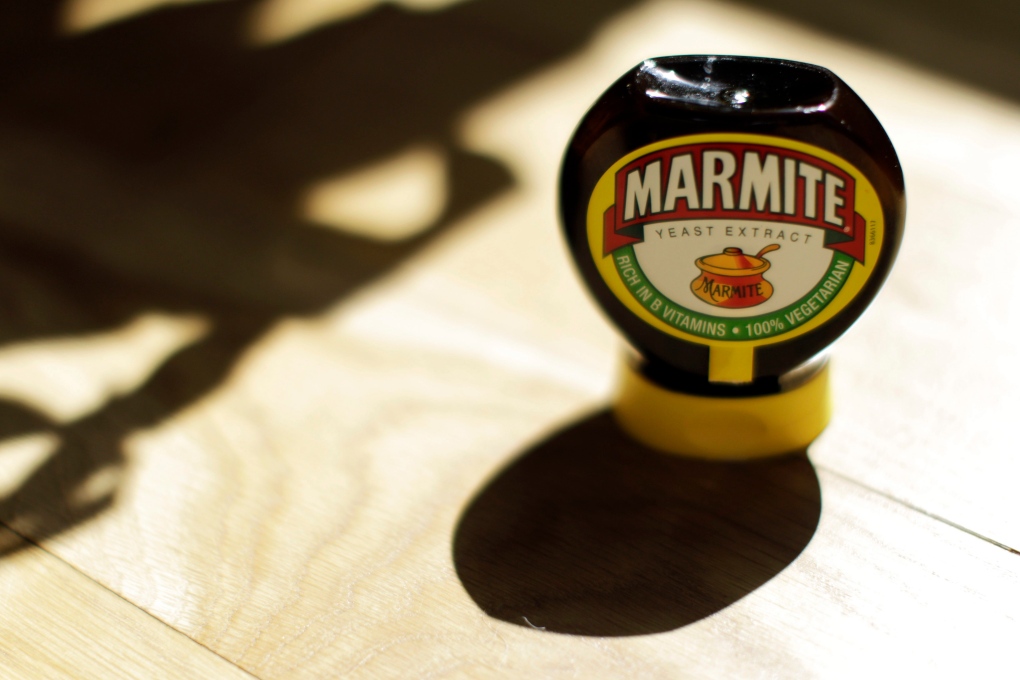 The Canadian Food Inspection Agency is making headlines on both sides of the pond after it banned a British specialty food store from importing popular foods from the U.K., including the famed spread Marmite.

The food agency confirmed Friday it rejected at the border in Montreal a number of products imported from the U.K. by Brit Foods, a company that runs stores specializing in British products in Saskatchewan, Alberta and British Columbia.

Tony Badger of Brit Foods said he was ordered to stop selling a host of products beloved by British expats, including soft drink Irn-Bru and hot drink mix Ovaltine.

The shopkeeper has been making headlines in the U.K. after he warned that inspectors are cracking down on products sold at his stores.

"We’ve been operating since … 1997 and always believing that the products we were bringing in met Canadian standards and in fact we were not in violation," Badger told CTV News Channel Friday.

In a statement, the CFIA said the shipment was rejected at the border in Montreal because it contained meat products that were not accompanied by the required documentation.

“All meat imported from the UK must be accompanied by a certificate issued by the exporting country,” the statement said. “The products containing meat in this shipment were not accompanied by the required documentation.”

But Badger has also been told he can't import into Canada such iconic products as the love-it-or-hate it brewer's yeast spread Marmite, the soft drink touted for boosting energy Lucozade, Penguin chocolate biscuits, and Ovaltine, which are all apparently enriched with too many vitamins and minerals.

The bright-orange, caffeinated soft drink Irn-Bru contains an ingredient the Canadian Food Inspection Agency has told Badger is unapproved for sale in this country.

Not steel girders, as Irn-Bru ads once claimed, but the red food colouring Ponceau 4R.

Even canned soups were caught up in the seizure, Badger said, because they contain too much animal product.

The items were all part of an estimated 700-case shipment Badger says the inspection agency seized.

The loss, which he estimates at $20,000, threatens to put him out of business and leave a great many expats unhappy.

The news is reverberating across the pond, where The Scottish Express reports under the headline, "Irn-Bru ban due to illegal ingredient gets Scottish Canadians fizzing" with a story that notes, "some Scots could never get through a hangover without a can of Irn-Bru."

In typical fashion, The Mirror took a cheekier approach in a story that begins with the claim, "Canada is a country where there are 31 guns for every hundred people, they hunt seals and black bears roam freely," before concluding Canada isn't really that "tough-skinned."

The Independent takes a similar tack in its story that ledes, "In Canada it is perfectly legal to acquire a firearm and bullets. But Marmite and Irn-Bru are apparently a threat to the nation's health."

Other reports cite a spokesperson for A.G. Barr, the company that makes Irn-Bru, who says the Scottish drinks maker has been producing and exporting a Canada-specific recipe for 15 years.

While you can still find that version in 500 ml plastic bottles on the shelves of grocery stores across the country, specialty shops typically stock the made-for-Britain product.

Specialty shopkeepers are warning that Canadian food inspectors cracking down on British delicacies may put them out of business.

Bill Hotchkiss, owner of Mrs. Bridges’ British Bakery in Toronto, says he’ll likely go out of business in five years and is contemplating relocating to Buffalo, N.Y., where he says there are fewer regulations and taxes on imported products.

“Everything is simpler down there…we can bring in products into the States a lot easier than we can into Canada,” Hotchkiss told CTVNews.ca.

Hotchkiss has been operating his store for 20 years, but says crackdowns in the last five years have made it hard to keep his small business afloat.

The problem, he says, is that CFIA rules on imported products are constantly changing, and shop owners aren’t made aware of changes on restricted ingredients.

Hotchkiss says products that contain certain food colouring have been barred, but he says he has been most affected by crackdowns on fish products. Customer favourites such as fish paste, salmon spread and pressed cod, which were sold in his store for about 10 years, have recently been taken off the shelves because they don’t meet CFIA regulatory requirements.

“But we don’t even know what the proper ingredients should be, we’re just going by what they’re telling us,” Hotchkiss said. “The rules are changing all the time and nobody knows what the rules are.”

Shopkeepers like Hotchkiss aren’t reimbursed for any of the products taken by inspectors.

“If it continues like this, I think we’ll be out of business because they’re just limiting what we can do all the time,” he added.