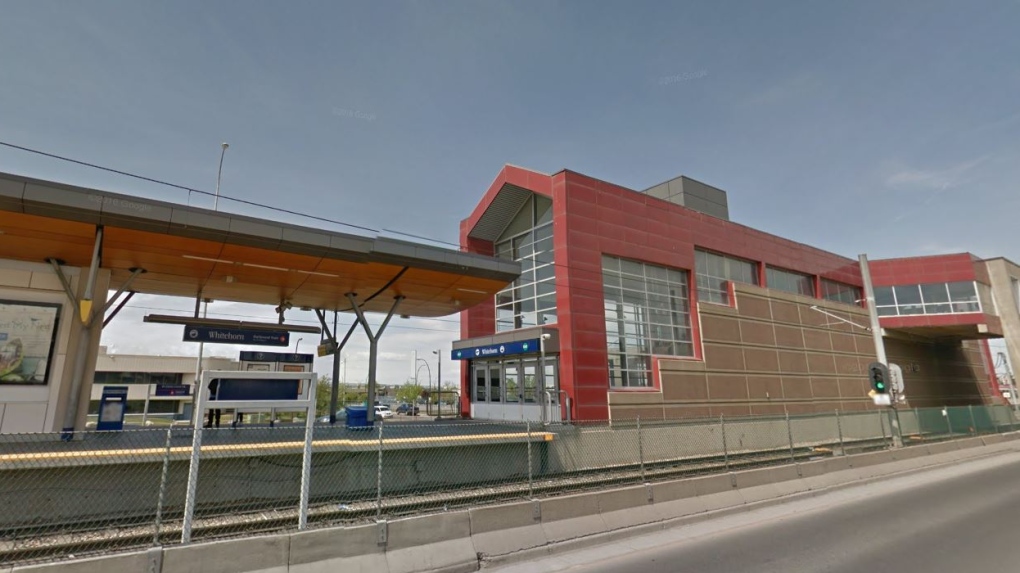 Whitehorn LRT station in Calgary is seen in this image from Google Street View.

Calgary Transit says one of its peace officers was hospitalized after possibly being exposed to drugs during an incident in a light rail station.

The agency says two officers responded to a call to check on a person's welfare at the Whitehorn LRT station on Sunday morning, and found a person in an elevator inhaling something off of a piece of foil.

When the person stepped out of the elevator, one officer appeared to be affected by the substance, making him ill and he eventually passed out.

His partner assisted him until police and EMS arrived.

Calgary Transit says it's unclear what substance made the officer ill.

He was administered the overdose-reversing drug naloxone, which seemed to work, and the officer was released from hospital later Sunday.

Police say they arrested one suspect after the incident but there's no word yet on charges.

The Alberta Paramedics Association says on its website that another first responder suffered a potential drug exposure in Calgary, although the website doesn't say when the incident happened.

The website says a fund that helps paramedics who suddenly fall ill or are injured is accepting donations this week for "Ryan B." who it says suffered a near-fatal medical emergency as a result of a drug exposure.

It says the paramedic is "critically ill after a toxic exposure while on a call."

Marc Moebis, the association's executive director, said in an email that the paramedic's family wished for privacy and that the association won't be releasing the circumstances of the exposure.

"Right now the paramedic community is just pulling together to provide some relief and support for Ryan and his family," Moebis said in the email.

Alberta Health Services said in a statement that it is reviewing the issue, but couldn't comment due to patient and employee privacy.

Last November, a paramedic-firefighter in Winnipeg had to be treated for opioid exposure during an overdose call.

In May, Dr. Perry Kendall, British Columbia's provincial health officer, noted that drugs are a concern for first responders, but he said there have been tens of thousands of overdose reversals in B.C. where no one else on the scene was affected.

He said only a few cases, which involved police on drug busts or prison guards who were exposed in a cell, led to someone becoming ill.

Last year, the RCMP announced that officers would soon be carrying naloxone nasal spray to protect themselves against accidental contact with opioids.