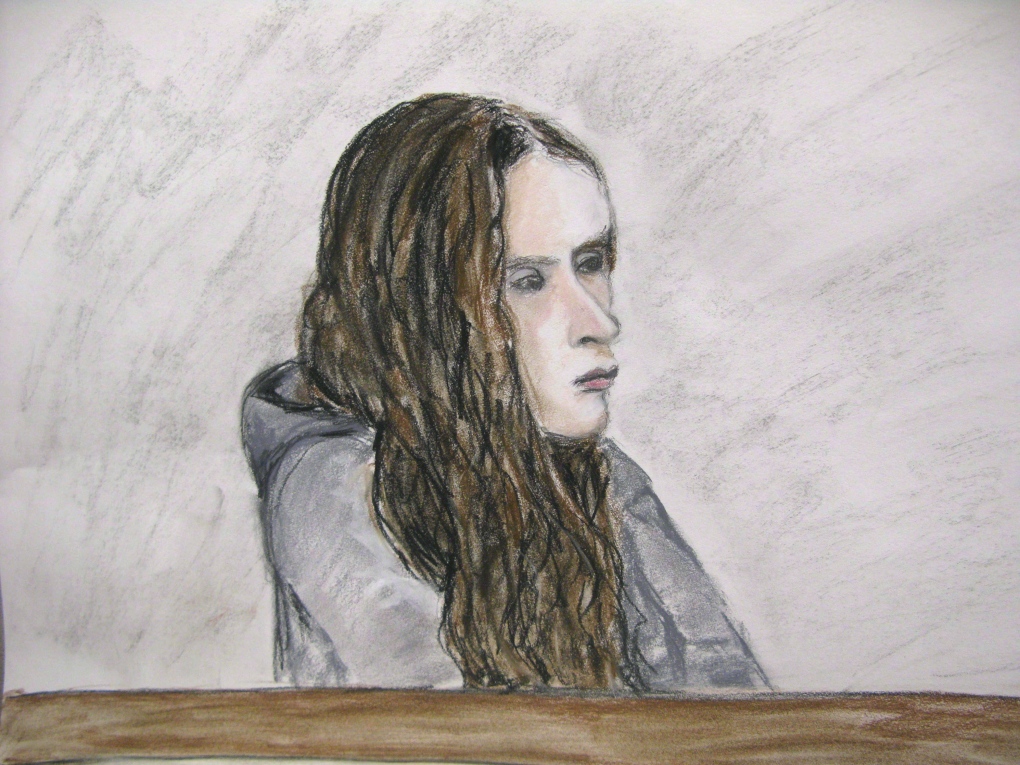 A Calgary mother charged with killing two of her newborns has been found guilty of infanticide.

CALGARY -- A woman who tossed three of her newborns into the garbage has been given 18 more months in jail and faces three years of probation.

Meredith Borowiec gave birth in 2008 and 2009, but the babies' bodies have never been found. A third infant born in 2010 survived when the baby's father, not knowing it was his child, helped pull the newborn out of a neighbourhood trash bin after a passerby heard cries.

Borowiec, 32, was convicted on two counts of infanticide and one count of aggravated assault.

"You've shocked the community and you've shamed yourself. This is a terrible case," Justice Peter McIntyre said during sentencing Wednesday.

But McIntyre suggested there were other factors to consider.

"The sentence must reflect sentencing principles, but all three incidents happened when your mind was disturbed after giving birth," he said.

"You co-operated with police. Without your admission to police about the first babies, there would be no case against you."

The judge also noted that Borowiec has shown "genuine remorse."

The 18 months are on top of 18 months Borowiec spent in custody before she was released on bail.

The Crown wanted Borowiec to spend eight to nine years behind bars, while her defence lawyer said she shouldn't spend any more time in jail.

Borowiec gave birth to a fourth baby while in police custody in July 2012. The child was taken from her.

Court heard she has had an IUD inserted to prevent any pregnancies during the course of her three-year probation. She has also agreed to a 10-year peace bond during which she will be monitored to check for pregnancy and, if she does become pregnant, she will be closely supervised.

Borowiec made her statement to the court earlier this month following sentencing arguments. At that time, she tearfully said that she felt horrible about what happened.

"It hurts me every day knowing what I have done," she read from a statement.

"I have accepted what has happened and feel horrible about it all. I don't think I can express in words how sorry I am."

In interviews with police, Borowiec admitted she heard the babies cry before she put them in trash bags and dropped them into garbage bins, but denied doing anything to hurt them before she disposed of them.

Court heard she didn't even look to see whether it was a boy or a girl before she wrapped her first-born infant in a towel and put it in a garbage bag.

Borowiec admitted to a similar scenario in 2009 when she again gave birth into a toilet in her apartment, wrapped the child in a towel and dropped it into the bathroom garbage before walking out to a Dumpster and disposing of it.

In a lengthy video interview with police after her arrest in November 2011, Borowiec said she heard a noise "like a kitten" after the birth of the first child and, the following year, was aware the second child was alive as well.

"It was a tiny cry," Borowiec said in the video as she described the noise coming from the toilet.

Borowiec also told police that she kept her pregnancies secret from co-workers by telling them her appearance was due to cysts on her uterus. She said her boyfriend was unaware that she was pregnant either before or after the births.

The Crown is appealing her conviction on infanticide. She was originally charged with second-degree murder.