'Brutal decision': Couple gives up son with autism to government

An Ottawa couple has given up their 19-year-old son with autism to the province, saying they were forced to make the “absolutely brutal” decision because they can no longer provide the necessary care.

Amanda Telford told CTV News she and her husband left their son, Philippe, at a government office for adults with disabilities to keep him safe.

In addition to autism, Philippe has Tourette’s syndrome, diabetes, and functions at the level of a two-year-old.

Telford, a social worker, said that her son has no sense of danger and is prone to wander in and out of the house. On Monday, he found pills that were securely stored and swallowed 14 of them.

On Tuesday, Amanda Telford walked with her son to the Ottawa office of Developmental Services Ontario -- the office responsible for connecting adults with disabilities with support services.

“You need more than what we can give you right?” she asked her son while walking to the office. “And you know we love you.”

She said the decision was a last resort, as services for adults with developmental disabilities are stretched to the limit and so are the aging parents, like her, who look after them.

“I did everything within the system I could think of to do and I really felt I had no other recourse,” she said.

“It was an absolutely brutal decision,” Telford added.

The decision prompted social services to call police. Telford said they consider Philippe to be abandoned.

The office where Philippe Telford was left said in an email that it was working to make sure there was a “safe solution for the short term for both the young man and his family.”

Amanda Telford said while there is no clear indication what will happen in the long term, she remains hopeful a plan will be found.

“There does appear to be a glimmer of hope at the end of all of this,” she said.

Organizations that work with families like the Telfords say it’s something they see regularly, when many families see autism support services disappear when their children turn 18.

Conservative MP Mike Lake said there has to be resources in place as youth with autism grow into adults. Lake’s son Jaden, 17, has autism.

“When you get to be 18 or 19 years old … there has to be a transition plan as families move into adulthood,” he said.

The Ontario ombudsman is expected to release later this year the results of an investigation into services for adults with autism and other developmental disabilities that was launched last November.

The probe was launched after multiple families complained their loved ones were at risk of being sent to homeless shelters because there was nowhere to care for them. The ombudsman has received reports of more than 700 similar cases. 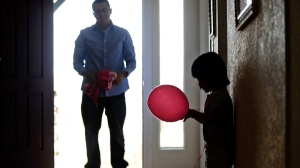 A look at autism resources in Canada