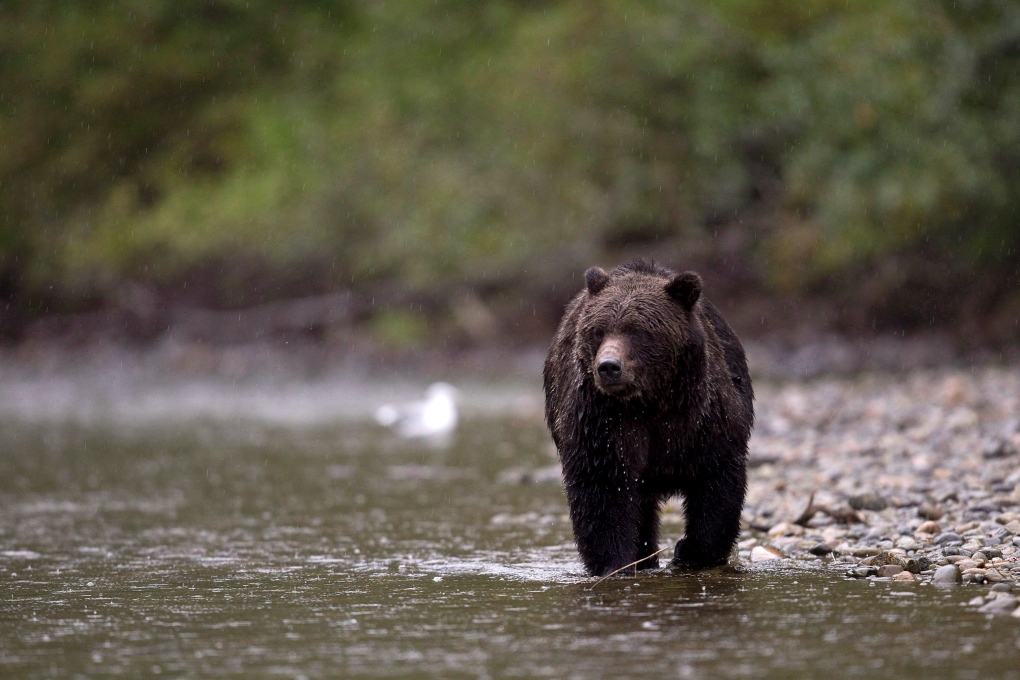 Based on government counts that showed stabilization of specific grizzly populations previously closed due to overhunting, the government reopened several areas to hunting this year. An estimated 1,800 authorizations will be issued, up from about 1,700 last year but lower than the 1,980 issued in 2011.

"I think we have the best idea (of the population) of any of the jurisdictions that hunt bears right now," said Garth Mowat, a provincial government grizzly bear biologist in the Kootenay region.

"We have spent a lot of resources improving our understanding of the number of bears in British Columbia and I'm quite comfortable that it's good enough to allow us to conservatively manage the hunt."

The spring grizzly hunt runs from April 1 to the end of May. The fall hunt begins Oct. 1 and continues into mid-November.

On average about 300 grizzlies are killed annually. The most recent year for which information is publicly available is 2009, when between 350 and 400 bears were shot.

Provincial biologists estimate there are approximately 15,000 grizzly bears in the province, which is home to about a quarter of the remaining North American population. Only Alaska has more grizzlies.

Biologist Paul Paquet of the Raincoast Foundation said it's extremely difficult to get a proper count of grizzly bears and there could be far fewer -- too few to risk a trophy hunt.

But the bigger question is the moral one, he said.

"Is this ethical, to be hunting bears? That's really what's at issue," Paquet said. "This is a trophy hunt, as opposed to a hunt for food."

Mowat agrees that the real issue is a question of moral support for the hunt.

"The debate about whether an individual morally supports a bear hunt and the debate about the sustainability of the hunt get woven together," he said.

He does not believe there are conservation concerns.

In fact, he said, after 30 years of provincial management grizzlies are repopulating areas where they had been wiped out. Sows with cubs have been spotted moving west from the Kootenay mountains, into the Okanagan and Similkameen regions.

Conservation has been a concern.

They are largely extinct south of the Canada-U.S. border. The Alberta government suspended its grizzly hunt in 2006 and declared the bears a threatened species in 2010.

But in Alaska, there are 30,000 brown and grizzly bears, which are classed as the same species. The state fish and game department said about 1,900 were harvested in 2007.

Kyle Artelle, a biologist at Simon Fraser University and Raincoast, said the foundation's own study found the provincial government quotas are not conservative and overkills are common.

Nine coastal First Nations have declared bans on bear hunting in their traditional territories. The Wuikinuxv, Heiltsuk, Kitasoo/Xai'xais, Nuxalk, Gitga'at, Metlakatla, Old Massett, Skidegate, and the Council of the Haida Nation say hunting is not allowed in the areas that largely cover the Great Bear Rainforest, though the ban is not recognized by the province.

In 2005, Raincoast began buying out commercial bear hunting licences in B.C. The group now owns the guide outfitting rights to more than 28,000 square kilometres of land in the Great Bear Rainforest on the north-central coast.

While the white spirit bears that call the region home cannot be hunted, the black bears that carry the recessive gene that produces them can be, said Chris Genovali, executive director.

The hunt is not necessary to manage a surging population, he said, and a recent study from Stanford University found that bear viewing contributes 10 times as much revenue and employment as hunting.

"The ethical argument is clear: killing for sport and amusement is unacceptable and, a lot of people would say, just outright immoral," Genovali said.