Brian Gallant to announce plans to step down as N.B. Liberal leader: CP 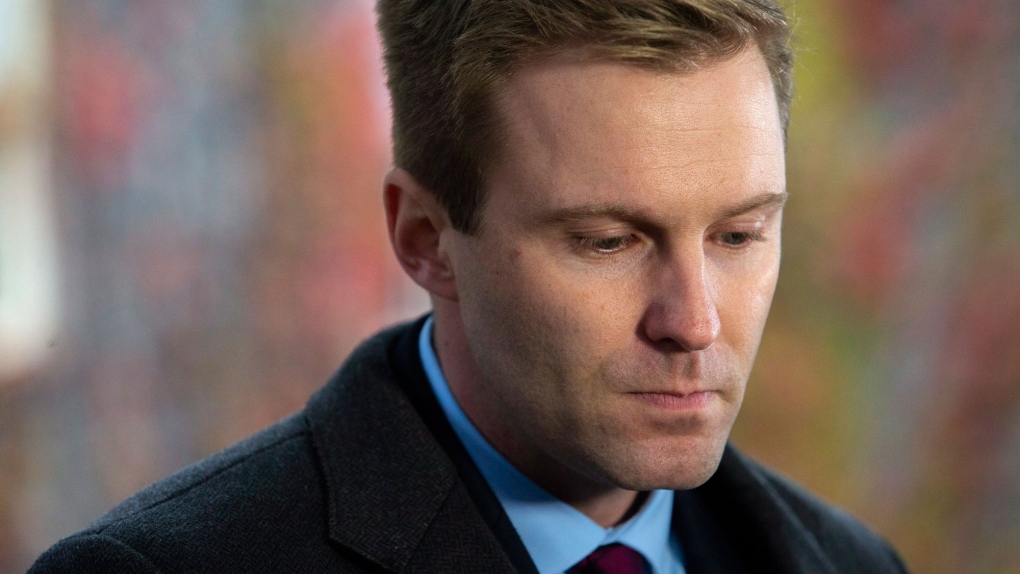 FREDERICTON -- Former New Brunswick premier Brian Gallant will be stepping down as Liberal leader, and asking the party to organize a leadership convention.

The Canadian Press has learned from sources close to Gallant that he intends to remain as Opposition leader until the party chooses a new head.

Gallant is scheduled to officially announce his intentions at the legislature at 11 a.m. Thursday.

He became leader in 2012, and premier in 2014 at the age of 32, but came up short in September's provincial election.

Gallant was not available for an interview Wednesday.

Donald Wright, a political scientist at the University of New Brunswick, said Gallant's decision was not unexpected.

"He gave it the college try. He tried to find the confidence of the house but was not successful. I'm sure he has spoken to his caucus and to his party. I'm sure he read the tea leaves and learned that his future is not with the party and the party is better off finding a new leader to lead them into the next election," Wright said.

Wright said the decision is probably in the best interests of the party and of Gallant himself.

"He clearly tested the waters and learned that he does not have the support that he needs. I think he's wise to ask for a leadership convention sooner rather than later. This government might last 18 months, it might last 24 months, or it might last three months, so the Liberal party is going to have to get its house in order."

Wright said ideally the new Liberal leader will be someone from outside the party who can bring new ideas and new energy, and not be associated with the last four years.

He said they would also have to be bilingual.

A number of names have been tossed around over the last week as possible replacements for Gallant, including Wayne Long, the member of Parliament for the riding of Saint John-Rothesay; Saint John Mayor Don Darling; and Susan Holt, former CEO of the New Brunswick Business Council who ran unsuccessfully for the Liberals in the September election.

"Those are the same three names that I've heard and they're all competent people," Wright said.

While Wright said the Liberals need to move quickly, the party's constitution details some of the timeline that must be followed.

On his last day in office, Gallant told The Canadian Press in an interview that if he was to quit as leader, he would remain as MLA for his riding of Shediac Bay-Dieppe.

"I do think I can be an effective leader of the Opposition. I really do think we could continue some of the momentum we started if ever we were given the chance to govern again," he said last week.

Gallant has close ties with a number of key players in the federal Liberal party, including his friend, Dominic LeBlanc, the minister of Intergovernmental Affairs, Northern Affairs and Internal Trade -- but Gallant said last week he had no intention of making a run at federal politics in next year's election.

He said in retrospect, many of his initiatives over the last four years put too much pressure on businesses. Gallant said he didn't do enough to talk about the benefits of bilingualism, and did a poor job of communicating with New Brunswickers.

"These are some of the things I should have done better as premier and I take full responsibility for the results of the election and I'm going to make it my responsibility, in whichever role I will play moving forward, to learn from those mistakes and consistently try to improve," he said.