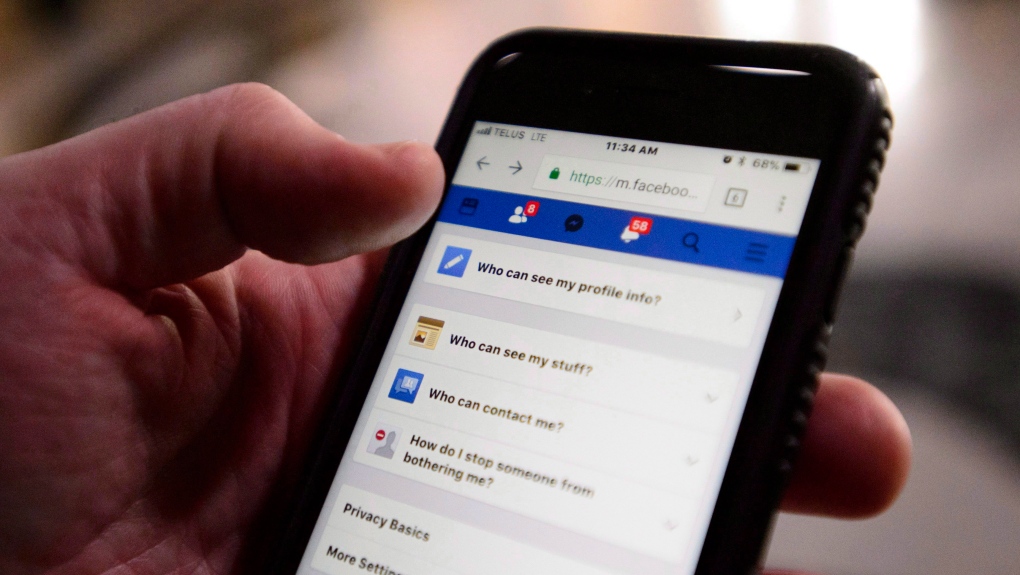 VANCOUVER -- A British Columbia man's Facebook posts allegedly threatening violence in support of the Islamic State group provide enough evidence to suggest he poses a security risk to Canada and should be deported, an official for the Canada Border Services Agency says.

Othman Hamdan's lawyer has argued his client's online views amounted to freedom of expression as guaranteed by the charter.

Randal Hyland, a hearings officer for the border services agency, told an admissibility hearing of the Immigration and Refugee Board on Monday that Hamdan's praise and encouragement of martyrdom and so-called lone-wolf terrorist attacks mean he could incite others to commit such offences.

The Jordanian national came to Canada in 2002 after living in the United States. He was arrested at his home in Fort St. John, B.C., in 2015 and charged with multiple terrorism offences related to 85 Facebook posts.

A B.C. Supreme Court judge acquitted Hamdan last September citing insufficient evidence, but immigration authorities arrested him and have determined at 11 detention review hearings that he poses a threat to the public.

Hyland said Hamdan's violent mindset extended beyond his views on Facebook starting in 2014, adding he lashed out at the social media giant in a letter, saying its employees would be harmed because his accounts were deleted.

He said Hamdan also told a cell mate he would attack RCMP personnel and bomb the force's headquarters in Surrey, B.C., after officers translated his posts, which were in Arabic and English.

In May, an RCMP officer told Hamdam's hearing about two translated Arabic posts in which Hamdan discussed infrastructure in Canada, including a dam in Revelstoke, B.C., and a bridge near Nipigon, Ont., suggesting they were weak targets.

Hyland, who made submissions on behalf of Public Safety Canada, said that despite his acquittal, Hamdan's threats of violence should be taken seriously.

"The (public safety) minister's position is that in total, Mr. Hamdan's threats, online communications and other activity identified in the minister's initial submissions are factual evidence that he would be found a danger to the security of Canada," Hyland said.

Hamdan's posts have also supported violence against specific groups, including Semites in Israel, people in France, and those who are lesbian, gay, bisexual, transsexual and transgender and believe in same-sex marriage, Hyland said.

"Mr. Hamdan has, and will continue to use social media to advocate and promote terrorism in support of the Islamic State (group), which is a listed terrorist entity," he said of the group that is also known as Daesh.

Edelmann told the hearing Monday that the Immigration and Refugee Board's view of his client as someone who tends to lash out doesn't take into account that he has never acted out in jail, where there is plenty of opportunity for people to commit violence.

"The fact that somebody will engage in violence is not enough to meet the danger-to-security-in-Canada threshold," he said. "There is a large number of people who come before this division, who pose a threat to commit acts of violence against their spouses, against their children, against random people on the street. They're not threats to the security of Canada."