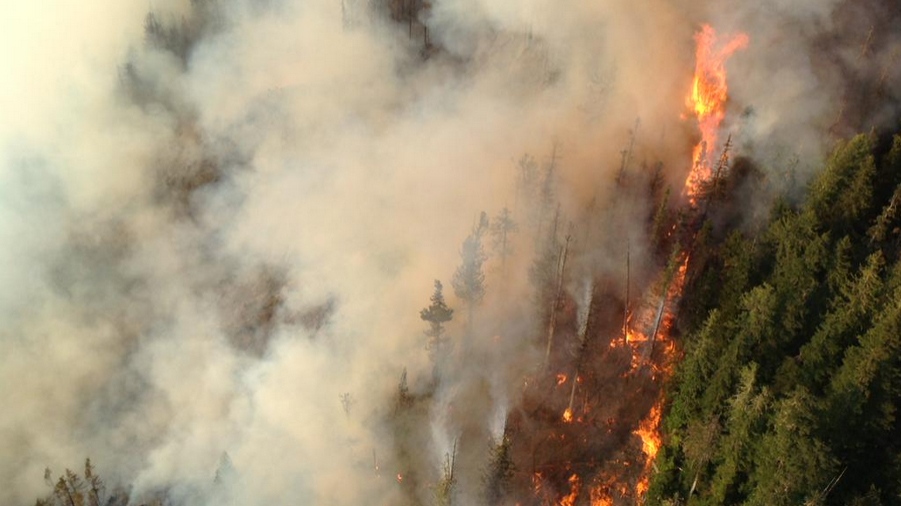 PEMBERTON, B.C. -- A wildfire burning northwest of Whistler, B.C., is expected to grow as hot and dry conditions are predicted for the region in the coming week.

B.C.'s Wildfire Management Branch says crews have contained about 30 per cent of the seven-square-kilometre fire raging in the Elaho Valley, located 67 kilometres west of Pemberton, B.C.

"This fire is in very steep and inaccessible terrain, in thick forest," says a notice posted on the branch's website.

"This valley, and the trees within it, are very dry and it is expected that it will not receive substantial rainfall in the foreseeable future."

The branch is warning hikers to steer clear of the area.

The fire is believed to have been human-caused but its exact origin remains under investigation.

As of Sunday at noon there were 95 firefighters, five helicopters and three pieces of heavy equipment fighting the flames.

The 19-square-kilometre fire is 50 per cent contained since first flaring up a week and a half ago.

The Wildfire Management Branch says flames are clearly visible from the Trans-Canada Highway, which passes just east of the blaze.

"Please pay attention to the road when driving through the area," reads an online notice from the branch. "If you plan to look at the fire, please pull over to a safe pull out."

An earlier evacuation order for nearby properties in the Lytton First Nation community and the Thompson-Nicola Regional District has been lifted, though an evacuation alert remains in effect in some areas.

Nearly 200 firefighters are on site, along with 12 helicopters and four pieces of heavy equipment.