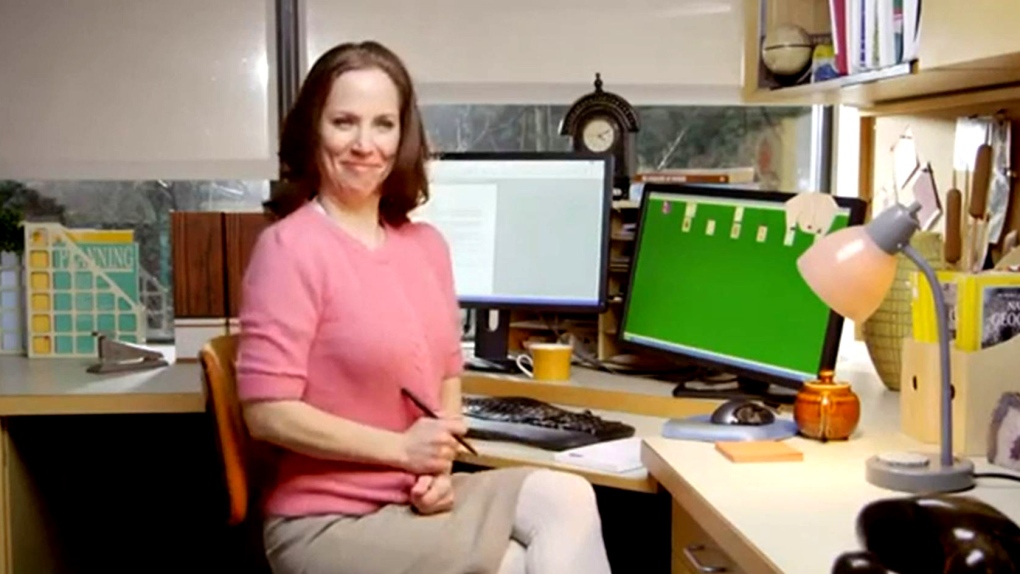 A still from a video promoting National Sweater Day that was sent to staff at Simon Fraser University, in Burnaby, B.C.

Simon Fraser University is apologizing and promising an investigation after it emailed staff a video that faculty say is obviously sexist.

The video advertisement features a professor named Mrs. Pinkham who is visited in her office by a male student named Chad.

After Chad compliments Mrs. Pinkham on her form-fitting sweater, she looks confused at first, but after looking down towards her chest, giggles and says thanks.

After that, she can be seen turning down her thermostat so she has an excuse to wear the sweater.

Text on the screen says “Saving energy is sexy.” The video was made to promote “National Sweater Day,” a World Wildlife Federation energy saving initiative in which staff are being challenged to turn down the heat.

Senior Physics Lecturer Sarah Johnson says she can’t believe SFU would put out an ad “so clearly sexist and offensive and demeaning to female faculty.”

Johnson points out that not only does it objectify the female professor, it also shows her playing solitaire instead of doing serious work.

Johnson said she really wants to know who was in the room when the ad was pitched and greenlit by SFU administration.

“Who thought that was OK?” she said, adding that some “awareness training” is clearly in order.

SFU spokesperson Kurt Heinrich said that the university regrets posting the video, calling it “inappropriate” and promising an investigation.

“The video in question does not reflect university values,” he said. “SFU really is an institution known for its equitability and inclusivity and we're very aware that this video did not reflect that at all.”

With a report from CTV Vancouver