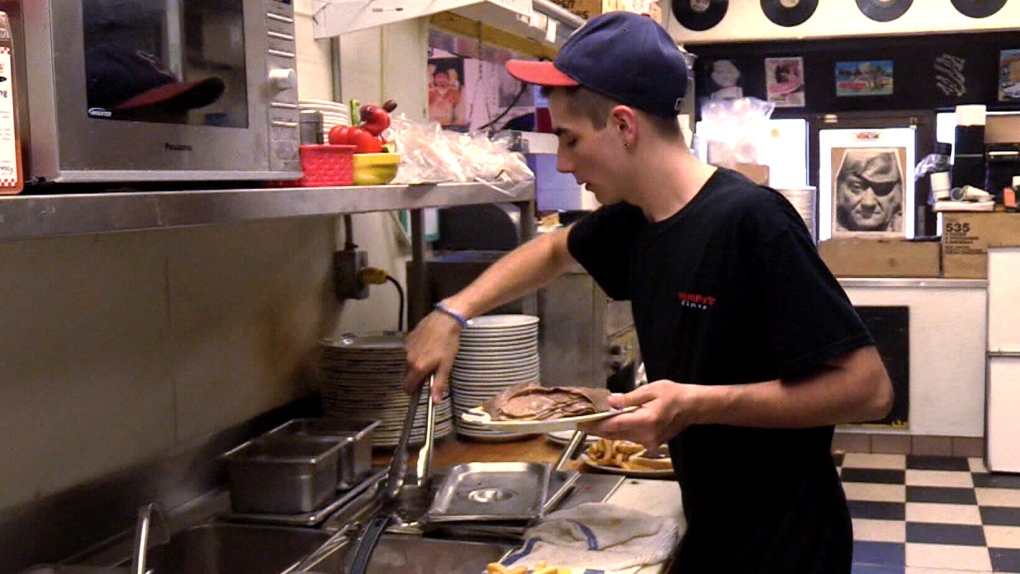 VANCOUVER -- British Columbia will gradually hike its minimum hourly wage to get to $15.20 by June 2021.

It's a decision criticized by both labour and business groups.

"We believe that 2021 is not overly aggressive, in fact it's going to be a disappointment to some," Premier John Horgan told a news conference Thursday at a coffee shop in North Vancouver.

The timeline is aimed at finding a balance between allowing businesses to predict their needs and giving hope to about 400,000 of the lowest-paid workers in the province, he said.

B.C. is making other changes to help businesses such as eliminating the provincial sales tax on electricity by 2019, Horgan said.

The government appointed a commission last October to deal with the business sector and establish the timing of the minimum wage increase, which will go up by $1.30 this year, $1.20 in 2019 and jump by less than a dollar in the following two years.

The three experts who led the Fair Wages Commission recommended predictable and regular hikes and said the hourly wage rate could be raised to $15.40 an hour by 2021, depending on economic conditions.

Surrey Board of Trade CEO Anita Huberman said the wage hikes over three years are too quick and she had asked the commission for a five-year implementation to give businesses time to adjust and for all future increases to be indexed to the Consumer Price Index.

"Our small businesses, especially those in the service sector, are vulnerable to increasing costs from various sources," Huberman said in a statement. "I am especially concerned that this may be the straw that breaks some of them."

She noted businesses are facing increased property taxes and higher taxes due to recent federal changes.

"The cost of living is a major concern for our members as employees need to be able to thrive in the community. However, too big a jump may possibly lose some of them their jobs as employers try to balance their books as a result of these jumps."

BC Federation of Labour president Irene Lanzinger said she's disappointed it will take over three years to raise the minimum wage to $15.20 an hour, noting Alberta and Ontario moved faster.

"Poverty and inequality are rampant in our province while B.C. is Canada's most expensive place to live," Lanzinger said in a statement.

"In light of the slow timeline to achieve $15, we expect that the government will move more decisively in the next phase of its fair wage process around exemptions from the minimum wage, like the punitively lower wages for restaurant servers and farm workers, and the concept of a living wage," she said.

The New Democrat government had previously set a deadline of 2021 to raise the minimum wage but stepped back on that promise, leaving it to the commission to set a timeline.