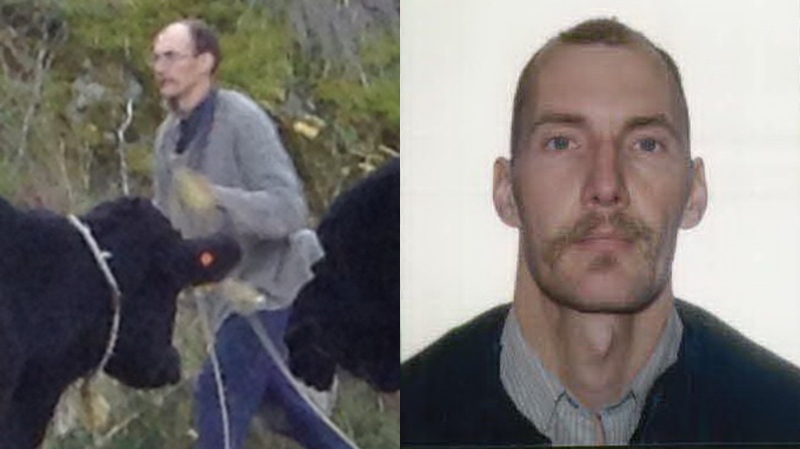 VANCOUVER - An investigation that British Columbia's police watchdog acknowledges took an "unfortunate" length of time has cleared an officer in the shooting death of a fugitive gunman found in a remote cabin.

Peter DeGroot is not named in a report released Thursday by the Independent Investigations Office. But he was identified at the time as the man who exchanged gunfire with police when RCMP officers responded to reports of a dispute between two people in 2014.

DeGroot fled into the woods, triggering a search by police officers, helicopters and dogs in the Slocan area of southeastern British Columbia. Mounties found him in a cabin four days later.

RCMP deputy commissioner Brenda Butterworth-Carr said the time it has taken for the investigation to conclude is unacceptable for DeGroot's family, the officers involved and the community.

Time delays in determining what happened "compounded the trauma and severely limited the ability of many to move forward," she said in a conference call.

Oversight is necessary, she said, but slow investigations result in a loss of trust in the agency. Butterworth-Carr said steps taken by the office's new chief civilian director, Ronald MacDonald, since he took over last year give her confidence that trust will be renewed.

MacDonald says in the report that the investigation was drawn out because of initial evidence that DeGroot had been shot in the back, but which was later countered by analysis from pathologists.

The report says the officer did not use unreasonable force.

It also provides more details on what happened before the shooting based on interviews with several officers, witnesses, DeGroot's family, forensic evidence and DNA analysis.

On Oct. 9, 2014, it says, three officers were investigating allegations of an assault filed by a neighbour of DeGroot's. After an exchange of gunfire, DeGroot fled.

The report says that four days later, two officers were looking for a piece of lost equipment and exercising a service dog on a remote road. They noticed open windows in a cabin that had been searched.

The officers stood on either side of the cabin door before one pushed it open and saw a rifle rise, about 60 centimetres from the floor, the report says. The officer couldn't see DeGroot, but reported that he believed he was lying on the floor, it says.

He heard a shot and noticed the other officer stumble backward. Both officers waited outside the cabin for a period before re-entering and finding DeGroot on the floor.

The first pathologist said DeGroot was shot in the back. That finding was contradicted by two further autopsies. One commissioned by DeGroot's family concluded he was shot facing the officer. Photographs, officer testimony and bullet path analysis also contradict the initial autopsy, the report says.

"While it is unfortunate that the delays experienced during the course of this matter left (the officers and DeGroot's family) in a state of uncertainty over three years, at the end of the day I consider that the final result herein is the correct one," MacDonald writes.

"The evidence collected does not provide sufficient grounds to consider any charges against any officer. The evidence does offer support to the conclusion that the officers acted as required by their duties and in accordance with the law."

Butterworth-Carr said both officers have been off work "for some time" and continue to receive support from the RCMP with the hope they can return to duty.

"This has fundamentally changed their lives," she said. "The amount of stress and angst this has cost them directly, in addition to their families, it's indescribable and completely unnecessary given what we know now."