B.C. man first person fined for getting too close to a whale 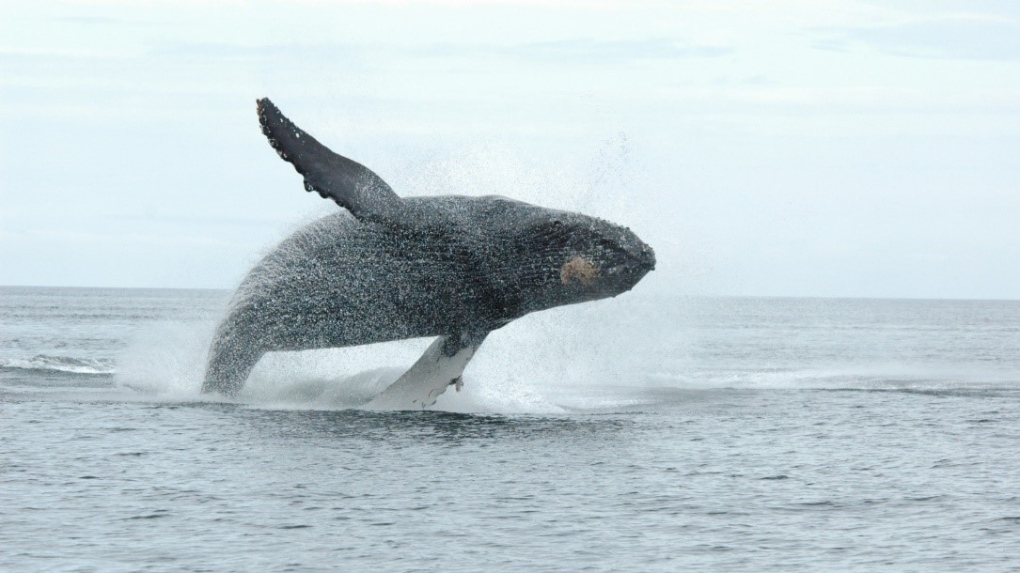 The humpback whale is seen just before the "illegal interaction" with a fishing guide. The photo was entered as evidence in the case. (Department of Fisheries and Oceans)

TORONTO -- A man in British Columbia has been fined $2,000 after getting too close to a humpback whale, marking the first such charge since the Fisheries Act was updated to include that offence.

Fisheries and Oceans Canada said in a news release that Scott Babcock approached within 100 metres of the whale, which was swimming in the Pacific Ocean about 50 kilometres north of Prince Rupert, B.C., in July 2018.

Under the amended Marine Mammal Regulations portion of the Fisheries Act, which came into effect just eight days earlier, whale watchers must maintain at least 100 metres of space between themselves and most whales to protect them against human interference. The required distance increases to 200 metres for orcas and whales that are resting or accompanied by a calf.

On top of the fine, Babcock was ordered to serve two days of community service.

Humpback whales are listed as a “special concern” under the Species at Risk Act.