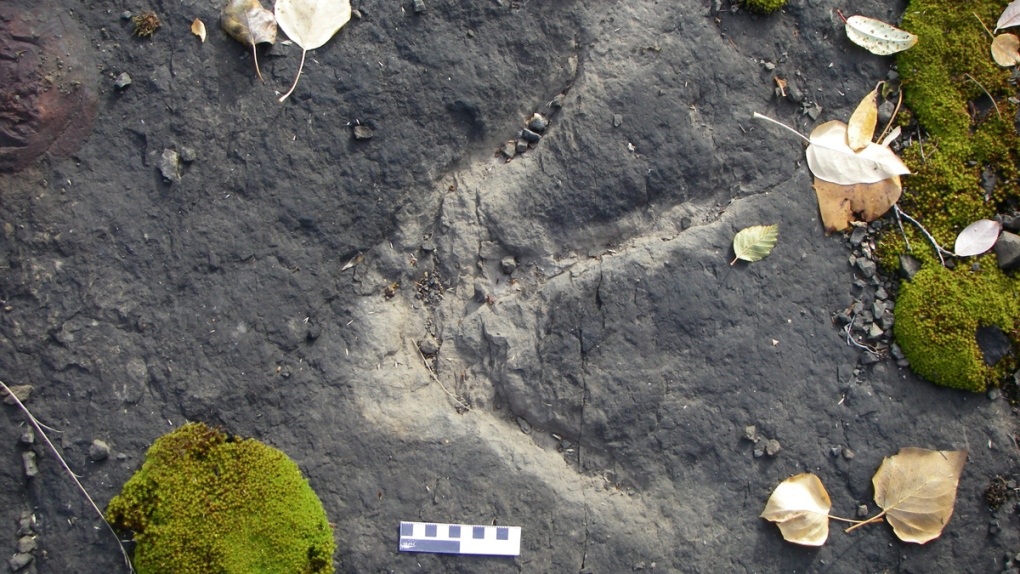 VICTORIA - A dinosaur museum in the tiny northeast British Columbia community of Tumbler Ridge is facing a struggle against extinction as local politicians and residents feud over funding, operation, and development of the potential tourism gold mine.

The District of Tumbler Ridge council denied the museum its annual funding grant of $200,000 last month, essentially leaving the non-profit, largely volunteer-run society with few options but to shut down.

Tumbler Ridge Mayor Don McPherson said that after almost 20 years of providing grants to the museum, council needed to express unhappiness with the operation, and withholding the money was the best way to that.

"We had some issues about how this was being spent," he said in an interview. "It's a lot of money. We funded this museum for about 18 years. It's to the tune of about $2.5 million."

An April 10 open letter from the council to the community explained the district's attempts over the past decade to get the museum to change its operations from science-based to tourism-friendly.

"Council feels that the museum needs to be a place that children can go to have fun," the letter says.

McPherson said council also wanted the museum to co-ordinate its activities with the area's United Nations Educational Scientific Cultural Global Geopark, which recognizes the Tumbler Ridge area for its unique geological heritage and natural attributes. It's one of three global geoparks in Canada.

Tumbler Ridge, with a population of about 2,700 people, is located almost 1,200 kilometres north of Vancouver. It was once a thriving coal mining community, but most of the mines in the area are no longer operating.

The discovery of dinosaur footprints, fossils and bones in and around Tumbler Ridge in 2000 sparked local interest in recreating the ailing mining town as a tourism destination similar to the Tyrrell Museum of Paleontology at Drumheller, Alta.

In 2003, a vacant school building became the home of the museum and the Peace Region Paleontology Research Centre, funded locally and by federal diversification grants.

Researchers discovered a field of fossilized remains near Tumbler Ridge about a decade ago, proving that giant plant- and meat-eating dinosaurs roamed B.C.'s northeast millions of years ago.

About five years ago, a dinosaur trackway, with a riot of ancient footprints likely more than 100 million years old, was discovered in the area.

The rocky surface is covered with hundreds of fossilized prints, indicating the site was a major dinosaur thoroughfare.

But Dr. Charles Helm, a family physician and member of the board on the Tumbler Ridge Museum Foundation, said he fears the community's dinosaur dreams are in danger of disappearing.

"I think it's really precious for people to try and work together for a solution and that we don't lose this," he said. "I think there's a very real risk that it's all going to fall apart and we're going to lose everything."

Helm said the society is looking far and wide for creative solutions to reopen the museum.

Mike Bernier, the member of the legislature for Peace River South, said the dinosaur issue is bigger than the small town.

"My argument has always been, these are provincial assets," Bernier said.

He said the provincial government should be funding the operation.

Acting Tourism Minister Lana Popham said in a statement that her ministry is monitoring the situation, but she made no promises of funding.

"I have instructed staff to research all the options available to support the museum, and to reach out to the museum's new president to ensure that he is aware of all options," Popham said. "Our government recognizes the tourism opportunity that Tumbler Ridge provides."

Paleontologist Richard McCrea, who has worked on many of the area's archeological digs and helped to maintain the museum exhibits, said the council appears prepared to sacrifice much of the scientific foundation of the museum in favour of an amusement park facility.

"Obviously, "I'm close to this and it's a bit of a heart-breaking thing for us," he said.