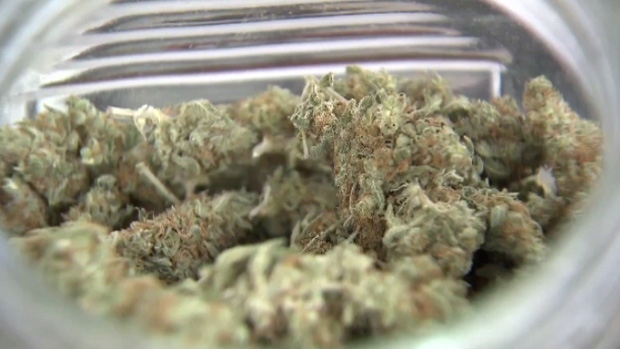 VANCOUVER -- Travis Lane has been growing marijuana since high school, when his first pot plant swiftly withered and died in his bedroom closet. By the time he was 20, he had cultivated a small basement grow-operation.

Now in his mid-thirties, Lane owns an online dispensary and runs two 390-plant operations on Vancouver Island. He employs two growers and raises his plants without pesticides or liquid fertilizer.

Lane holds two Health Canada licences for the grow sites, making his pot production legal for medical purposes. But with the federal Liberals committed to legalizing cannabis for recreational use, Lane is among the smaller-scale growers fighting for a seat at the table.

The government is still in the early stages of developing the legislation it plans to introduce next spring. Those behind a budding "craft cannabis" movement warn, however, that if the law favours large-scale commercial producers, then jobs and potential tourism revenues will be lost and the black market will continue to thrive.

"It's going to be the National Energy Program all over again, but instead of Alberta and oil, it's going to be B.C. and cannabis," said Ian Dawkins of the Cannabis Growers of Canada, referring to the 1980 policy that infuriated Albertans when the federal government tried to gain more control over the oil industry.

"You're talking about economic activity that has sustained communities that have been devastated by the loss of primary industries."

His group, a national trade association representing small and medium-sized pot growers and vendors, recently commissioned a report on B.C.'s cannabis industry. Economist Larissa Flister used Colorado, a similarly-sized state with legal pot, as a proxy to estimate that about 13,700 people have marijuana-related jobs in B.C.

It's a rough figure that's impossible to verify due to the illegality of the jobs, but several estimates have pegged the value of B.C.'s pot industry at between $2 billion and $7 billion.

Advocates say they are fighting to ensure that legalization actually recognizes those workers, rather than pushing them further underground.

Dawkins pointed to the federal Liberals' cautious tone, and intense lobbying by large licensed producers, pharmacies and liquor stores, as signs the government could be headed towards a strict regime without space for smaller growers or dispensaries.

"If you're selling cannabis in a liquor store, in this tightly-controlled regulatory environment, you're not creating tourism. There was no winery tourism in B.C. until they began to de-regulate the winery sector and allow for all these wineries to pop up in the Okanagan," he said.

"Cannabis is no different. No one is going to fly to Vancouver to go to a pharmacy and buy the Budweiser of joints."

The Southern Interior community of Nelson has put forward a resolution asking the Union of B.C. Municipalities to lobby the federal government to share tax revenue from legal marijuana with provinces and cities.

Teresa Taylor, a founding director of the Craft Cannabis Association of B.C., warned that if an "elitist" legal system is created, the black market will flourish. She said craft cannabis growers are "ma and pa" farmers who care about producing a high-quality product.

"In order for us to continue to have strong local economies, the legislative model needs to include that level of production. I think it would be akin to losing something like the forestry industry or mining or fisheries," she said.

"We depend on this. We need it to stay in place, and not only that, but we need it to be recognized as a valuable and noble agricultural profession."

He said Canadians have already proven they dislike a system that limits marijuana sales to big companies. In February, Conroy won a constitutional challenge of 2013 legislation that required medical cannabis patients to buy from large licensed producers.

Before the 2013 law, patients could obtain Health Canada licences to grow their own marijuana. A court injunction has kept the old program alive for about 28,000 people, including Lane.

The Liberals are expected to amend the law to allow for both systems to co-exist by late August.

"People have already shown that the licensed-producer process is not working, and voted with their feet, creating the demand for the dispensaries," said Conroy. "That'll happen again, if the government doesn't provide reasonable access."