Away at sea: Canadian sailor returns to a new world after three months at sea 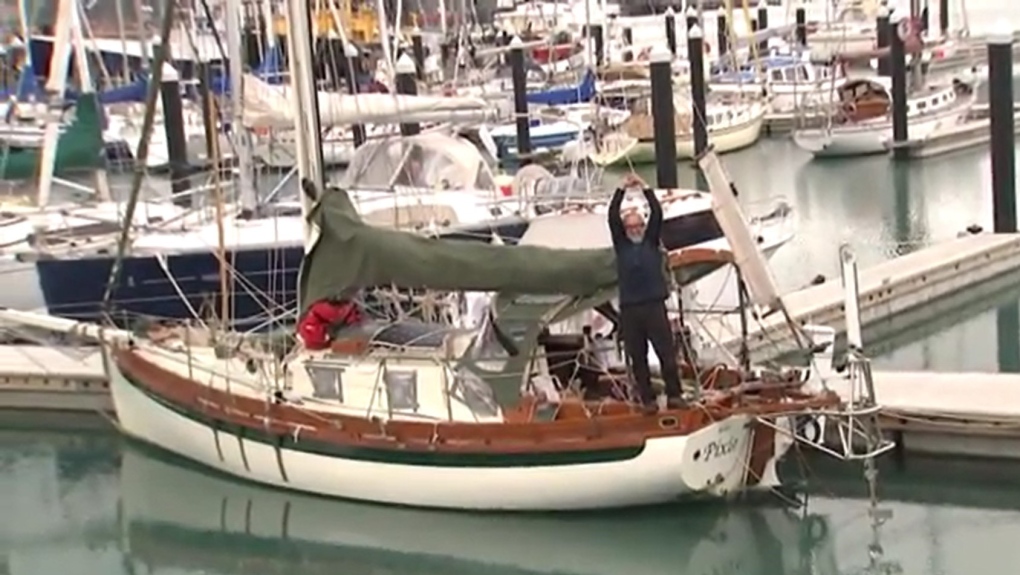 Bill Norrie aboard his boat, Pixie in Christchurch New Zealand. (Courtesy of CNN via TVNZ)

TORONTO -- While Canada enters into its ninth week under quarantine, Bill Norrie had already been practicing physical distancing for three months …from his boat.

The Canadian sailor had taken a world trip across the ocean and returned on Thursday in Christchurch, New Zealand to a completely altered society.

Norrie, and his yacht named ‘Pixie,’ began their voyage nine months ago after setting sail in Victoria, B.C.

The last time Norrie had touched solid ground was three months ago in South Africa, where he made a pitstop for repairs and supplies.

At the time, the pandemic had just barely begun in comparison to the today, where the world has seen more than four million cases of the virus.

The only connection the adventurer had to the outside world was through satellite emails he received from his wife; who would try to explain to him the new life he would have to later assimilate to.

While Norrie had been completely isolated from society during his excursion, New Zealand officials still questioned him when he arrived in Christchurch. Though eventually it was decided the sailor had endured enough quarantine to not be deemed a health risk.

“I was the most isolated person on the planet, it’s ironic that they didn’t want to let me in,” he said laughing at the thought.

Though the sailor was thrilled to be greeted upon his arrival by beer, food and most importantly other people, he is already planning his trip back home.

Norrie is planning on heading home in a few days time and the local residents are helping him stock up on supplies for a surely long-winded trip.

With files from CNN.

How the first Canadian COVID-19 vaccine trial will work

Total number of deaths due to COVID-19 in Quebec passes 3,500

Youth more concerned about health of others than their own amid pandemic: StatCan