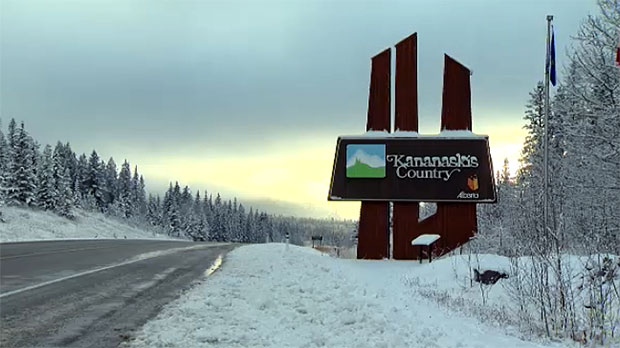 Kananaskis Country sign is seen in this file image.

KANANASKIS, Alta. -- An avalanche that tumbled down a mountain in the Kananaskis area southwest of Calgary caught a party of eight people, burying one person and injuring others on Saturday.

Kananaskis Country Public Safety posted on Facebook that the group were well below the snow line on Mount Lawson when the slide began much further up the slope.

The post says one person was completely buried but was dug out by others, and that two people suffered life-threatening injuries.

It says the avalanche was likely triggered by the afternoon heat at approximately 2,800 metres and travelled a significant distance, catching the group in a gulley.

The group were not equipped with avalanche rescue equipment, the post says.

Kananaskis Country Public Safety warns that it is still very snowy at higher elevations, and mountaineers, climbers and scramblers need to keep that in mind for the next few weeks.