Author of controversial 'Revealing Eden' hits back at critics 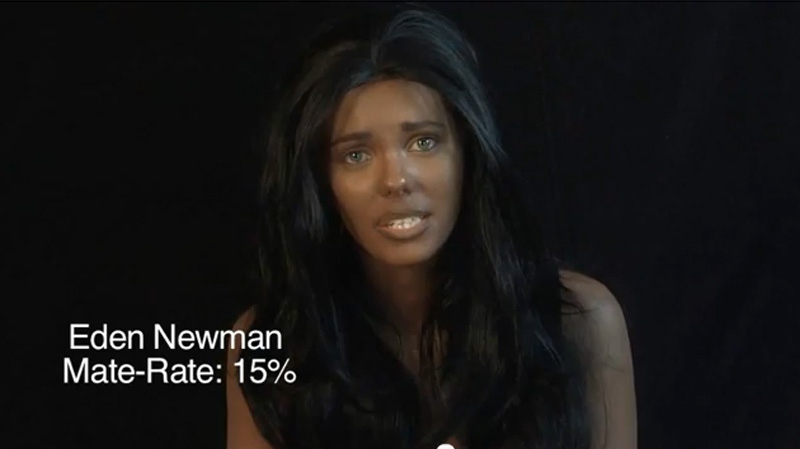 The heroine of a new, controversial young-adult novel is depicted in a promotional video for the book, 'Save the Pearls, Part One: Revealing Eden.'

Imagine a future where global warming has ravaged the planet and the genetic ability to resist solar radiation has become the new measure of class and beauty. That is what U.S. author Victoria Foyt has envisioned in her new book, “Save the Pearls, Part One: Revealing Eden.”

Despite an intriguing premise, “Revealing Eden” has not sat well with some readers, particularly those who have turned to Twitter to call it racist.

Foyt had hoped to turn racism on its head in her dystopian tale, in which dark-skinned citizens are the new rulers of society and white-skinned individuals are left powerless because they cannot produce as much of the pigment melanin in their skin.

“Reading Revealing Eden…don't remember the last time I read something so out right racist,” tweeted @Fangs4Fantasy.

“Victoria Foyt's book 'Revealing Eden' is offensive on so many levels! If you do not find it insulting, you have some reevaluating to do,” wrote @samtaztic.

Still, Foyt has remained unfazed by such harsh commentary.

The young-adult novel, published by Sand Dollar Press, revolves around a 17-year-old heroine named Eden Newman -- one of the fair-skinned citizens called Pearls who inhabit a post-apocalyptic world.

Eden lives underground to survive, as do millions of others. With her 18th birthday fast approaching, Eden will be sent up to the Earth’s hot surface to die if her mating option is not picked up and she fails to produce a child.

“I’d rather die than mate with another one of my kind,” Eden confesses in a promotional video for the book on Foyt’s website.

Determined to mate with one the book’s dark-skinned rulers -- called “Coals” -- Eden states her mission in the video wearing a black wig and black makeup.

“I want to be taken care of,” says Eden. “I’m a Pearl. I’m still ugly. I reek of inferiority. I have to save myself and my dog, Austen, too.”

Foyt’s critics were unimpressed with her decision to use the terms “Coals” and “Pearls” in reference to the book’s black and white characters. Others also questioned Foyt’s decision to depict Eden in black makeup in the book’s promotional video.

“The YouTube trailer is in unbelievably bad taste,” said Sheila Barry, the publisher of Groundwood Books in Toronto.

“A marketing video like this would never have been approved at this publishing house,” Barry told CTVNews.ca.

Yet no offence was intended according to Foyt.

“If Eden covers her skin in black makeup, it’s not the same as those images that were left to us from a century ago from blackface minstrel shows,” said Foyt.

“Eden covers her skin in black to look desirable and to protect herself in this new world. After all, what good is a ‘Pearl’ in a post-apocalyptic world? Pearls are crushed in this new world. The Coals have the power here,” she said.

Dystopian tales, of course, are nothing new on bookshelves.

The popularity “The Hunger Games” and other works have helped boost interest in the genre, according to Diane Roback, a children’s book editor at Publishers Weekly in New York.

“Sci-fi writers have been writing about dystopian themes for years. But the recent popularity of ‘The Hunger Games’ has spurred more interest in this model,” Roback told CTVNews.ca.

That trend can be linked to the current state of affairs in our troubled world, according to Foyt.

“If we are seeing more dystopian tales today it’s a response to the world we now live in,” said Foyt.

“There’s such a sense of hopelessness out there today about global warming, about the fighting in Afghanistan and other parts of the word. Even young people are aware of these things, as well as the need to do something about them.”

Foyt calls global warming, not race, the real issue in her book.

“I am a mother of two children and I worry about the environment all the time. But I not am alone. Whatever our skin colour, I believe people are more alike than different,” said Foyt, who will release “Adapting Eden” -- the next book in the series -- in October.

“If people choose to believe that I have written a book that is racist that’s their right. But I think ‘Revealing Eden’ has moved the conversation past race and religion and onto the environment. We need to address global warming now so that our children will have a world worth inheriting.”