ATMs that swap cash for Bitcoins coming to Canada this fall 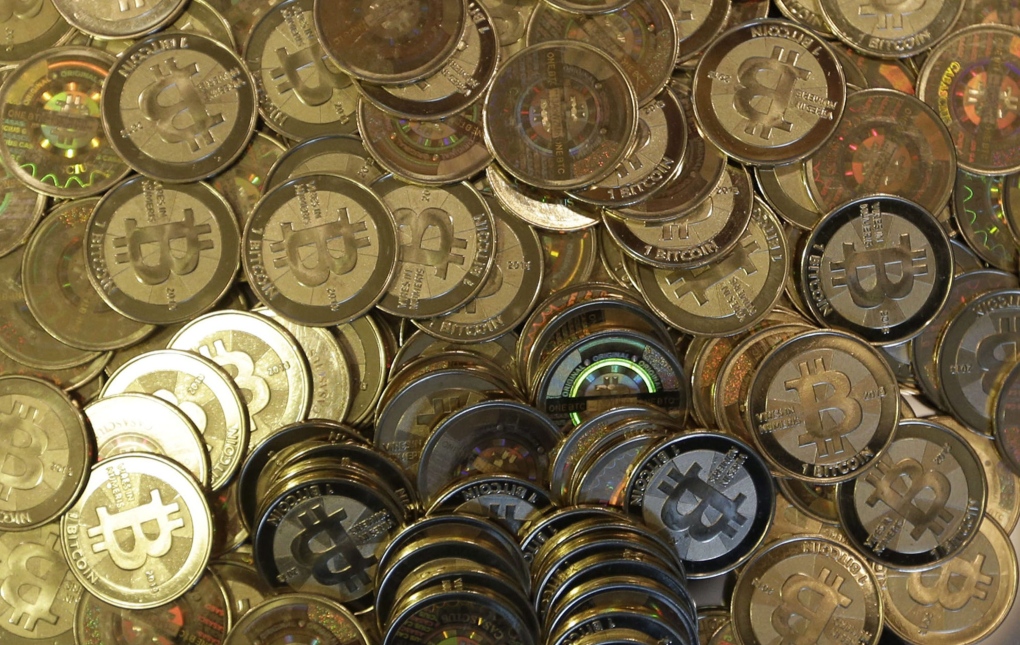 TORONTO -- The first time Ryan Johnson bought Bitcoins -- an emerging digital currency that isn't controlled by any authority such as a central bank -- was with a pocket full of cash from a stranger he had met online.

"It was almost like a sketchy drug deal," recalls the 31-year-old Vancouver resident.

Since that first transaction in January, Johnson has been exchanging his Canadian cash for digital currency at Bitcoiniacs, a physical store in Vancouver that acts like a Bitcoin broker.

"It's just much more comfortable to go sit down in an office at a brick-and-mortar building with a professional that knows a lot about Bitcoins, do a professional transaction and get a receipt for it," says Johnson. "It's reassuring."

Soon, Johnson and other Canadian Bitcoin enthusiasts will be able to exchange Canadian cash for the digital currency through a kiosk that's similar to an ATM.

Bitcoiniacs says it has ordered five Bitcoin kiosks from a Las Vegas-based company called RoboCoin and intends to roll them out across Canada in the coming months, with the first machine expected to land in Vancouver in early October.

Four more kiosks will arrive in December and although their locations are not yet certain, Bitcoiniacs says it's eyeing major Canadian cities such as Toronto, Montreal, Calgary and Ottawa.

"Basically, it just make it easier for people to buy and sell Bitcoins and hopefully will drive the adoption of Bitcoin, and make it more accessible for people," says Mitchell Demeter, the 27-year-old owner of Bitcoiniacs.

Bitcoins are mathematically generated through a series of commands executed by computers in a peer-to-peer network. The process is called Bitcoin "mining" and is set up so that the total number of Bitcoins that can ever be generated is limited to about 21 million.

While some have doubted Bitcoin's validity and others have raised concerns that the unregulated currency is being used for nefarious means, a U.S. judge ruled last month that Bitcoin, which has been around since 2009, is a real currency.

Currently, acquiring Bitcoins is often done through an exchange, an arduous process that requires users to jump through several hoops, including linking their bank account to the exchange and sending in paperwork to verify their identity.

When Toronto resident Robert Burko signed up with a Canadian Bitcoin exchange in April, he says it took more than 10 days -- "an eternity" -- for his account to get verified.

By then the price of Bitcoin had ballooned to around US$260, before falling back down to closer to $100, and Burko had missed his chance to cash out.

"I didn't really want a long-term investment opportunity in Bitcoins, I wanted a short-term one," Burko says. "And because they took so long to verify my account I missed out on that entire window, which was very frustrating."

The alternative to using an exchange is to find someone who wants to sell their Bitcoins in an online forum, meet up with them in person, hand them some cash and scan each others' smartphones to transfer the Bitcoins to your digital wallet -- which is managed through an app.

The RoboCoin kiosks are expected to make the process of buying and selling Bitcoins much easier says Jordan Kelley, the company's chief executive.

"Our goal is to make Bitcoin truly grandma-friendly," says Kelley.

Using a kiosk means you don't have to wait to verify your account on an exchange or hand cash to a stranger, says Kelley. It also makes Bitcoins more accessible to people by adding an element of legitimacy and increases liquidity in the market.

"We're trying to provide customers an in-person access," says Kelley. "Doing that really provides visibility to Bitcoins and adds a lot of trust."

The kiosks allow users to select how much money they would like to spend, insert cash into the machine and then scan a QR code on their phone to transfer the Bitcoins to their wallet. It also allows users to redeem their Bitcoins for cash.

Kelley says since announcing the machine, they have been swamped with pre-order inquiries, from everywhere from Australia to Kenya.

According to sourceforge.net, the largest number of downloads of Bitcoin software last month were in the U.S., followed by China, Germany, Russia and the U.K. Canada came in sixth place.

RoboCoin plans to ship out 10 to 15 kiosks to customers before the end of the year. The first one will go to Bitcoiniacs, says Kelley.

Demeter says many Bitcoin startups are gravitating to Canada because the Financial Transactions and Reports Analysis Centre of Canada -- also known as FINTRAC -- aren't as strict as regulators in the U.S.

"It's a lot more open up here, that's for sure," says Demeter.