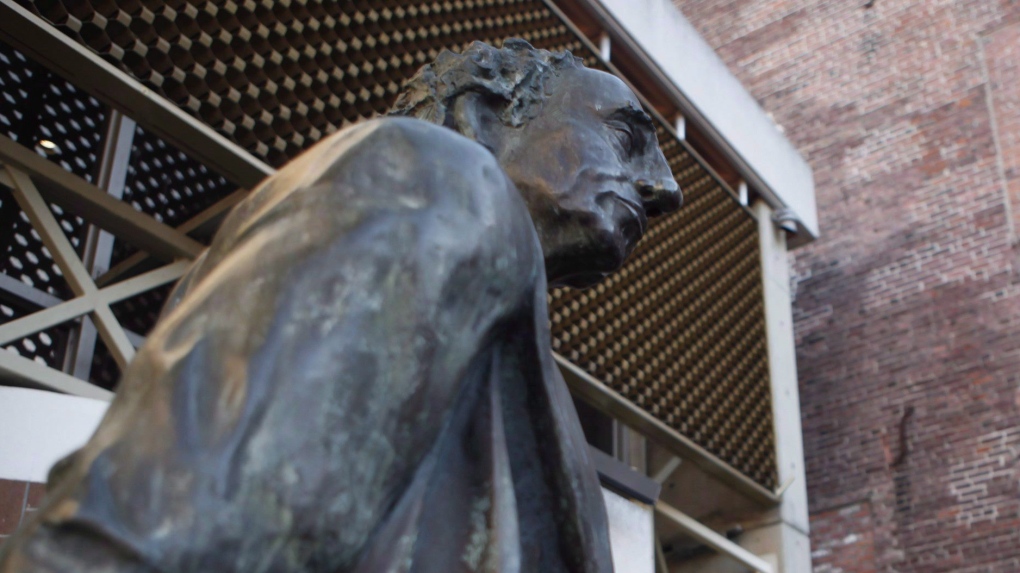 VANCOUVER -- The man who created a controversial statue of John A. Macdonald says he's pleased it's sparking a conversation about the country's horrific treatment of Indigenous peoples, but there should have been public consultation on its removal.

Artist John William Dann of Vancouver says he was commissioned by the John A. Macdonald Historical Society to create the sculpture in 1981 and it was unveiled at the front entrance of Victoria's city hall on Canada Day in 1982.

Dann says he designed it not as a monument on a pedestal, but as a portrait intended to be accessible to the public that also represents a broader theme of humanity.

He says removing it without public consultation has consequences and avoids an important discussion about the country's difficult history.

Victoria council voted last week to remove the sculpture of Macdonald because of his role in designing the residential school system, following consultation with the local Songhees and Esquimalt First Nations.

Mayor Lisa Helps has said it will remain in storage until the city finds a way to present the statue that both celebrates Macdonald's contributions as Canada's first prime minister while acknowledging his harmful legacy.