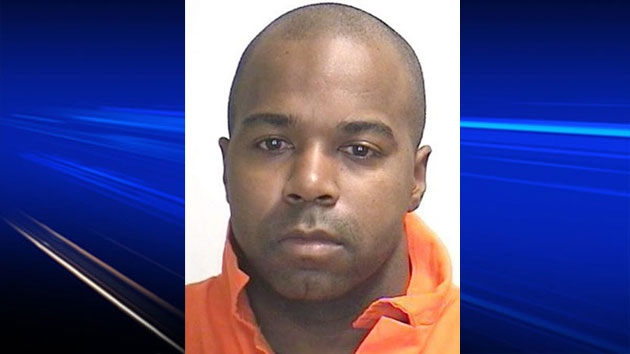 Jermaine Carvery, shown in a police handout photo, has been given a 25-year prison sentence in connection with a series of heists across Nova Scotia. (THE CANADIAN PRESS/HO-Nova Scotia Government)

HALIFAX -- A man characterized by a judge as a career criminal who terrorized employees in a series of heists at businesses across Nova Scotia was handed a 25-year prison sentence on Monday.

The robberies happened in 2004 at a Costco in Halifax, a TRA Cash and Carry in Truro, Chrissy's Trading Post in Hammonds Plains and at Direct Cash in Dartmouth in 2006.

All of the heists involved Carvery and one or more accomplices holding employees hostage with weapons.

During the holdup at Costco, the robbers bound and in some cases duct taped the eyes of about 40 employees over a 2 1/2 hour period as they arrived for work in what the Crown has described as a scene from a Hollywood movie.

Coady said there were few, if any, mitigating factors in the case and he rejected the defence's argument that Carvery, 34, committed the robberies to support a gambling habit.

"Mr. Carvery desired a high-end lifestyle," said Coady. "While Mr. Carvery may have developed a gambling habit, I see it more as living the life of a big shot."

Coady asserted that Carvery's only remorse was "being busted," despite having previously told the court that he was ashamed of his life of crime.

But Coady also said he does not feel Carvery had a complete lack of concern for the lives of the victims involved in the heists.

"I get the impression that he views himself as a modern day Robin Hood without the 'giving to the poor' component," he wrote in his judgment.

Carvery, wearing a black sweater with grey track pants and sandals, nodded to a group of people sitting in the gallery after he was brought into the courtroom. He showed no emotion as Coady read his sentence.

As he was taken into custody, one man yelled "Love you."

Carvery has about 16 years remaining on sentences from several robberies in Ontario from 2006 to 2009. Coady said the 25-year sentence imposed Monday will be served consecutive to his previous sentences.

Crown attorney Shauna MacDonald, who had asked for a life sentence, said Coady's decision was appropriate.

"We've got what is probably one of the longest robbery sentences that certainly we've seen, which is a total of 41 years, eight months," MacDonald said outside court.

MacDonald said Carvery will be able to apply for parole in 2017, seven years from his sentencing in Ontario.

"There's no celebration today in the sense that he's not going home, nor should he be, given what he's been convicted of," said Wells, who had asked for 15 to 20 years in prison.

"From this point forward, a lot of it is going to be up to Mr. Carvery to make some changes, to commit himself to becoming a better person."

Outside court, a Costco employee who was held hostage in 2004 said he doesn't think Carvery has any interest in rehabilitating.

"I don't think that justice has been served," said the man, who did not want to be identified. "I don't know how many offences a person needs to commit in order to be locked away from society."

The man said he had a gun pressed into his temple and was gagged during the robbery. Although he said he now has some closure, he still doesn't feel safe doing everyday tasks.

"My very basic sense of security has been taken away from me," he said, his lips and hands trembling. "It's the most mundane thing a person goes through, showing up for work. So I expect any single mundane moment now to erupt into violence."

No one else has been charged in connection with the four Nova Scotia robberies, said MacDonald.