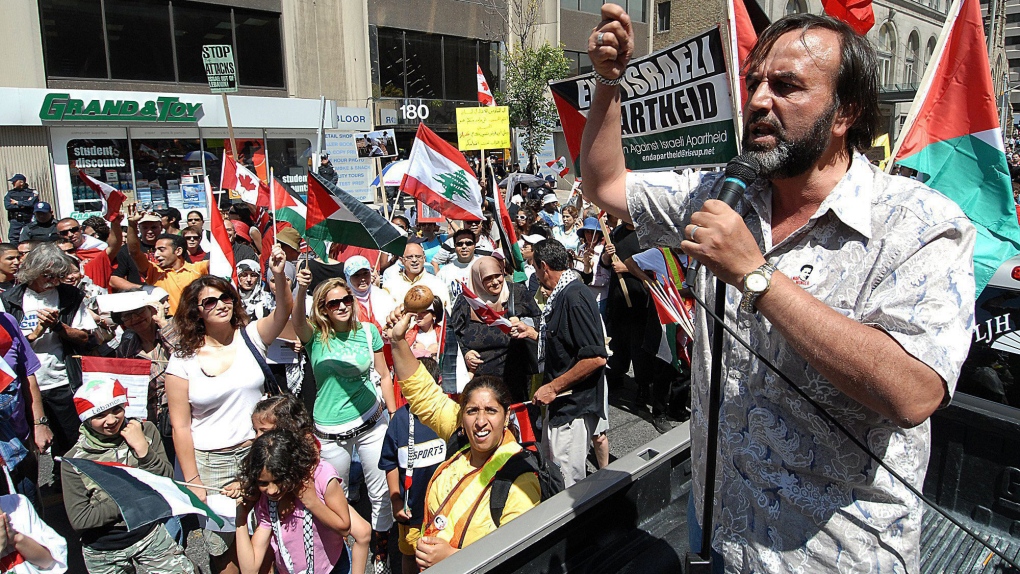 OTTAWA -- An appeal court has dismissed the Canadian Arab Federation's bid to overturn a federal decision to cut funding due to allegations the group supported the actions of terrorist organizations.

In its ruling, the Federal Court of Appeal said the federation wasn't owed "a duty of procedural fairness" by former immigration minister Jason Kenney.

The three-judge panel unanimously affirmed a Federal Court ruling that Kenney followed protocol in deciding not to continue funding for a language-instruction program for immigrants in 2009-10.

In writing for the panel, Justice Eleanor Dawson said she agreed with the lower court's assessment that if the federation had a procedural right to contest the federal decision, every failed applicant for monies would be entitled to a chance to address the minister's concerns.

"This would significantly constrain the minister's ability to make broad, policy-based decisions on an expeditious basis."

The appeal court also concluded the group's freedom of expression was not infringed by the process, and that the minister's overall decision was reasonable.

The federation is "seriously considering" asking the Supreme Court of Canada to hear the case, said Paul Champ, a lawyer for the group.

"The Court of Appeal has essentially affirmed the government's power to use this chilling effect, that they may cut, or cancel, or withhold contracts to groups if they don't like opinions that are expressed by people who might be associated with them," Champ said.

"That's not consistent with freedom of expression."

Citizenship and Immigration told the federation in March 2009 that statements made by its officials appeared to be anti-Semitic and supportive of terrorist groups.

The department's letter said this raised serious questions about the federation's integrity and had undermined the government's confidence in it as an appropriate partner for delivery of services to newcomers.

The federation subsequently argued to the Federal Court that the actions and statements in question were either by people who did not officially represent the organization, or that it did not authorize or approve of them.

It filed affidavits from academics, Jewish advocacy groups and people with whom it had worked closely, stating that they have never witnessed anti-Semitism, promotion of hatred, or support for terrorism from the federation.

Federal Court Justice Russel Zinn said this ignores the maxim, "One is known by the company one keeps."

Zinn cited email correspondence in concluding Kenney had made up his mind as early as February 2009 to nix the funding arrangement with the federation, and that his only interest was in finding a way to do so.

Still, the judge said the federation's behaviour could reasonably lead one to come to the same conclusions as the minister.

In appealing the ruling, the federation argued the minister's decision was an arbitrary abuse of authority. It also said the federation was not anti-Semitic and that the funding cuts were a blatant attempt to suppress criticism of Israel.

Dawson said there are "mixed views" about what constitutes anti-Semitism and whether the federation's conduct could be perceived to be anti-Semitic.

However, she noted the Federal Court found the record was "replete" with articles and statements that supported the minister's characterization of the federation.

"This clash of views demonstrates the minister's decision was within the margin of appreciation of reasonable outcomes, defensible in light of the law and the facts."