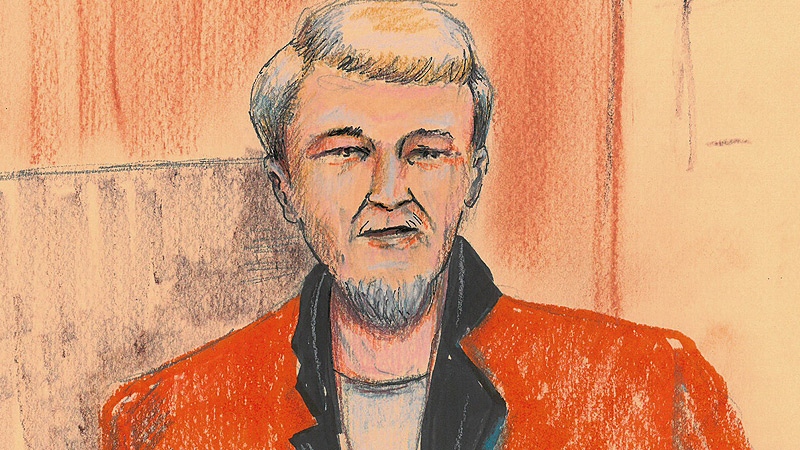 EDMONTON -- A man who crashed his SUV onto an Edmonton restaurant patio, killing a young boy, is appealing his sentence.

Richard Suter was given a four-month jail term and a five-year driving suspension after pleading guilty to failing to provide a breath sample in a death.

The judge ruled that witnesses wrongly assumed that Suter was drunk after his vehicle plowed into the patio in May 2013.

Court heard that Geo Mounsef, who was two, was having dinner with his parents and baby brother when the SUV pinned him against a wall and he died.

Following the crash, Suter was beaten up by a mob and was later abducted from his home by three masked men and had a thumb cut off.

Suter's lawyer, Dino Bottos, says his client should not be in jail or face such a long driving suspension.

"We are appealing the sentence because, as the facts were found by the trial judge, Mr. Suter was not impaired," Bottos said Friday. "The signs and symptoms of impairment were fully due to his being assaulted after the accident as well as the trauma of causing the accident himself," he said.

"Then he refused to provide a sample based on faulty legal advice. So you put that all together and a person in that situation should not have to go to jail."

The Crown, which had recommended a three-year prison term, has already filed an appeal seeking a harsher sentence.

Bottos said he does not expect his client's appeal to be heard until the spring -- which would be after the 65-year-old has served his jail sentence.

"It is partly a matter of principle," the lawyer said.

"A person in that situation should not go to jail with these circumstances. Secondly, (we want) to appeal the driving prohibition, which does go on for five years."

After time served, Suter still faces 30 months without a licence upon his release.

He testified at his sentencing that he had three drinks over four hours before the crash, but wasn't drunk.

He said he had been arguing with his wife about a divorce and mistakenly hit the gas instead of the brake while he was parking the SUV.