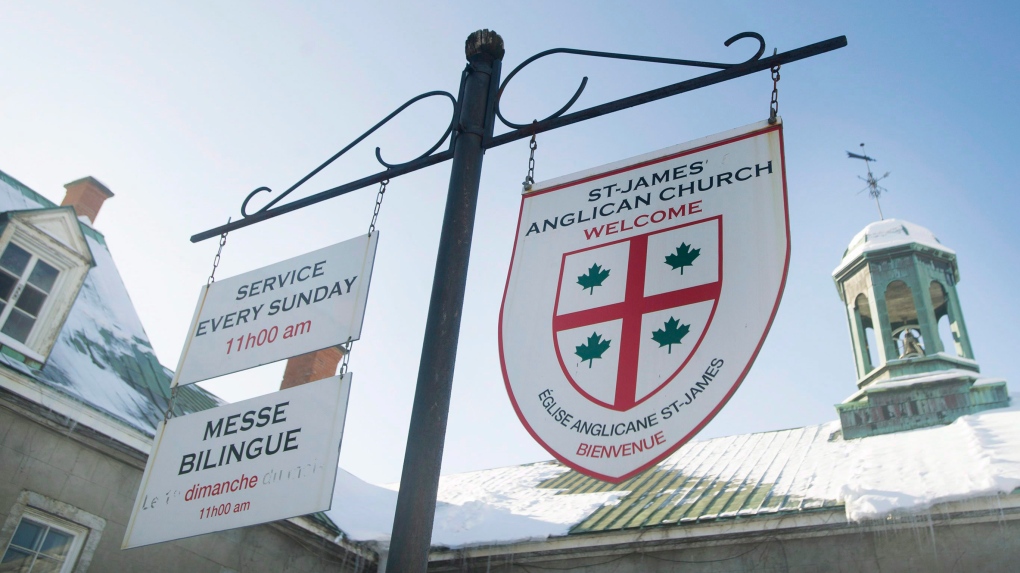 One of Canada's largest Christian denominations will spend the next three years considering whether to change its governance structure amid outrage that just two bishops' votes stood in the way of having same-sex marriage recognized by the Church's laws.

Some in the Anglican Church of Canada say the current system to alter doctrine and policy -- which requires a two-thirds majority from three groups of delegates -- unfairly gives the most voting power to a small group of bishops.

The denomination's outgoing senior officers in charge of its tri-annual policy meeting said Tuesday that the Church will look at ways it can change its governance structure between now and the next General Synod in 2022.

"We acknowledge that it is not only 'what' we do at synod but, equally important, 'how' we do our work, and we confess and lament that some of the ways in which we deliberated in this session of synod caused alienation and hurt," they wrote in a statement.

Cynthia Haines Turner and her deputy, Rev. Peter Wall, said the Council of General Synod would review the size, structure and composition of denomination decision-makers.

"I'm not going to predict that the group will come back with wholesale or sweeping changes," Wall said in a phone interview. "But I think it's really healthy for our group to sit down and look at it, and say, 'OK, here's what is if not broken then a little cracked. What can we try to do fix that if anything?"'

Haines Turner and Wall are both at the end of their terms on the council, but Wall said they may take on an advisory role going forward.

The Church doesn't prohibit same-sex marriage outright and in 2016 declared that leadership at the provincial level could decide whether to allow it within their jurisdictions. A motion on same-sex marriage that was defeated on Friday, however, would have formalized the Church's position on the issue in its laws.

The failed motion has drawn expressions of disappointment from church members and even from its newly elected leader.

One member of the clergy said the vote highlighted a need for reform in Church structure.

"I went from tears to anger and from anger to action," Rev. Kevin George of St. Aidan's Anglican Church in London, Ont., said Tuesday. "I called my community to stand in solidarity and to mobilize against a governance model which is clearly broken."

He said that it feels antithetical to give so much voting power to the bishops -- who accounted for 39 of the 234 delegates at synod -- when a tenet of church philosophy is that the Holy Spirit is in all Christians.

"My community doesn't -- pardon the expression -- give a rat's tahootie about what 14 bishops across this country think, and that's what it came down to is 14 bishops," George said. "If we're going to follow what God is telling us to do, we need to be able to hear all the voices that are in the room."

He said he believes that giving each lay and clergy delegate as much voting power as each bishop would lead to policies that better represent the position of the 1.6 million Canadians who Statistics Canada says identify themselves as Anglican.

He also takes issue with the lengthy process for changing doctrine -- amendments to Church laws concerning religious belief need to get passing votes at two consecutive synods, which are held three years apart.

"In the 21st century, to be making decisions that take three years to come into effect is just antiquated," he said. "We live in a society where things change in the 30 seconds it takes to send out a tweet."

The denomination has been mulling the role of LGBTQ Christians for decades, and leadership requested that a motion to amend the denomination's position on marriage equality be prepared in 2013. That resolution, approving same-sex marriages, passed in 2016, but needed a successful second reading -- which failed Friday -- to be entered into the Church's laws.

The Bishop of Nova Scotia and Prince Edward Island said he understands the desire for the Church's policies to keep pace with society at large -- and he voted in favour of marriage equality -- but at the same time, he noted that there's a reason the process is slow.

"As Anglicans, we are deeply appreciative of tradition," the Most Rev. Ron Cutler said. "There are always new ways to try to understand, I think, a God who keeps on calling us to look forward and not back, but we're not going to move quickly doctrinally."

Cutler said he's not sure what the Church's governance structure will end up looking like in five or 10 years, but ultimately, what matters is that the it has the right priorities.

"For me as a Christian, it's about what I believe God is calling me to do in a world which is transformed."