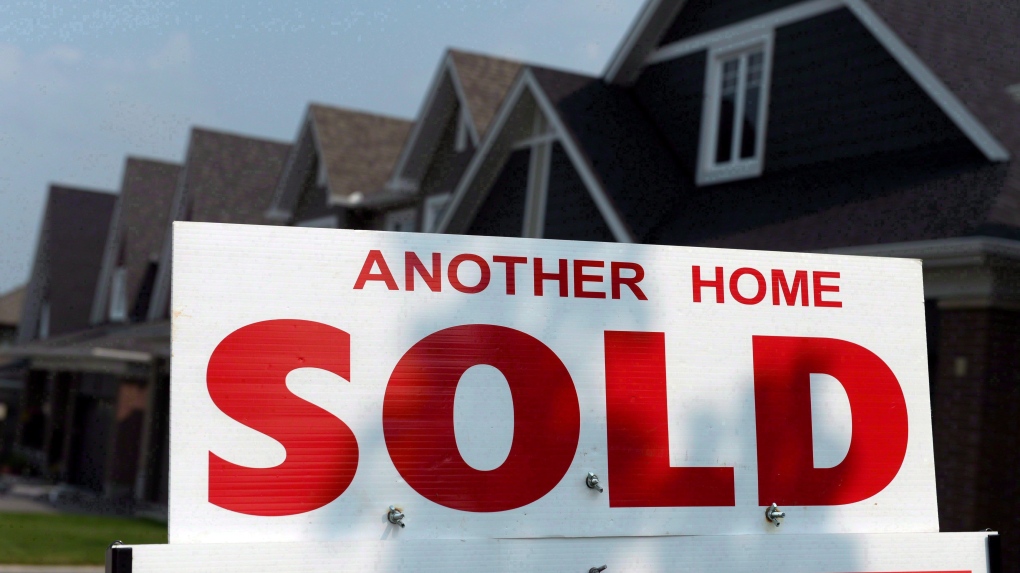 A for sale sign displays a sold home in a development in Ottawa on July 6, 2015. THE CANADIAN PRESS/Sean Kilpatrick

With interest rates up 3.5 percentage points this year, and Bank of Canada poised for more rate hikes in coming months, more homeowners are seeking longer amortization periods in an effort to avoid defaulting and make their monthly payments more affordable.

But some industry experts warn that increasing amortization periods is only a Band-Aid solution for a much deeper financial wound — one that more time won’t necessarily heal.

Max Rafael, a mortgage agent for clients throughout Ontario, believes it’s imperative for home buyers and owners to not be “short-sighted” when it comes to dealing with rates.

“Not just when purchasing and getting a new rate but also when you’re in the middle of a variable term rate, which is something that a lot of people are dealing with right now,” he said in a phone interview with CTVNews.ca on Tuesday.

“Obviously telling a client whose payment could have doubled or even tripled over the last year to just wait it out another year is very challenging,” he said. “Not everyone is in a financial position to really do that.”

As the Financial Consumer Agency of Canada explains, the longer your amortization period, the lower your payments will be. But when you take longer to pay off your mortgage, you pay more in interest.

Similarly, TD reported that 25.2 per cent of its mortgage portfolio now has amortizations of 35 years.

Extending your amortization, Rafael said, is effectively saying that if you make your monthly payment over a longer period of time you can handle increasing costs.

Rafael calls amortization the “life of your mortgage.”

“If you’re on a thirty year amortization, that’s basically saying that if you make your monthly payment every month for 30 years, after you’ll be mortgage free.”

The longest amortization a borrower is allowed under federal law is 25 years if their down payment is less than 20 per cent, but borrowers can get much longer amortization periods if they put down at least 20 per cent.

“You really need to look in the mirror and say, ‘can I really afford this place?’ Forty years is a really long time to be paying off a mortgage. Where do we draw the line?” Rafael said.

Stress testing and qualifying rates, Rafael added, protects buyers and clients from signing housing contracts that they may not really be able to afford in the long-run.

This is especially the case for buyers on fixed incomes.