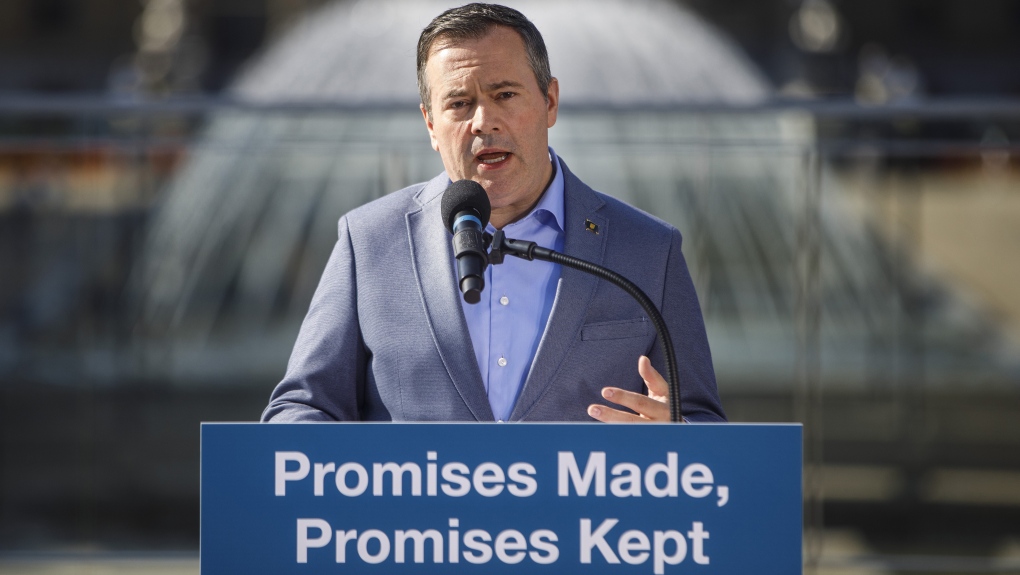 Alberta Premier Jason Kenney discusses the accomplishments of his government in its first 100 days in office, in Edmonton on Wednesday August 7, 2019. THE CANADIAN PRESS/Jason Franson

The head of the group's Canadian branch outlined his concerns in an open letter Tuesday that highlighted Alberta's public inquiry into foreign funding of environmental groups and its $30-million war room to combat critics through social media, advertising and the press.

"Amnesty International is deeply concerned that these initiatives undermine and violate a range of Alberta's human rights obligations, under the Canadian Charter of Rights and Freedoms and international law, including freedom of expression, freedom of association, the rights of Indigenous peoples and gender equality," wrote secretary general Alex Neve.

The United Conservative government has launched a multi-pronged attack on groups Kenney has accused of mounting a "campaign of lies and defamation." He has blamed Canada's inability to build new market-opening pipelines -- and the associated economic woes in Alberta -- on deep-pocketed U.S. charities that have unfairly maligned Canadian energy.

Although Alberta has enacted no laws stopping environmentalists from expressing their views, the government has created a toxic environment by labelling them liars and enemies, Neve said.

"That really stands to cast an incredible chill amongst environmental groups and others in the province, some of whom will nonetheless push through," he said. "Others will become cautious and fearful, will feel that it's not worth speaking out, that there may be repercussions, that they don't want to expose themselves to danger."

Neve said threats -- many of a sexually violent nature -- tend to be aimed at women and Indigenous people who speak out.

The government's promise to crack down on foreign funding of environmental organizations runs afoul of the right to free association, he added.

Under international law, groups have the right to work together on important social and environmental issues such as climate change -- and that includes seeking and receiving funding to do so, Neve said.

In a speech to an oilsands conference in Fort McMurray, Alta., Kenney ridiculed Amnesty's letter.

The premier said he set up an Amnesty International club in high school because of its work on behalf of prisoners in authoritarian dictatorships.

"The world must be in a pretty good place now with respect to human rights if they're now focusing their attention on efforts by the government of Alberta to advocate for the environmentally responsible development of resources," said Kenney, who added he intends to write back to Neve.

Kenney said Canada has a moral obligation to provide its energy to the world.

"Is it really the view of Amnesty International that the world would be better if this country -- this great champion of human dignity, of equality, of opportunity, of environmental protection -- were to abandon global energy markets to Saudi Arabia, Iran, Russia and Venezuela?"

Neve said it's Alberta's prerogative to defend its industry vigorously.

"The measures the government chooses to defend the industry ... absolutely (need) to be entirely compliant with our human rights obligations and needs to go far in ensuring that words are chosen, tone is chosen in a way that is not going to add to the toxicity of the debate."