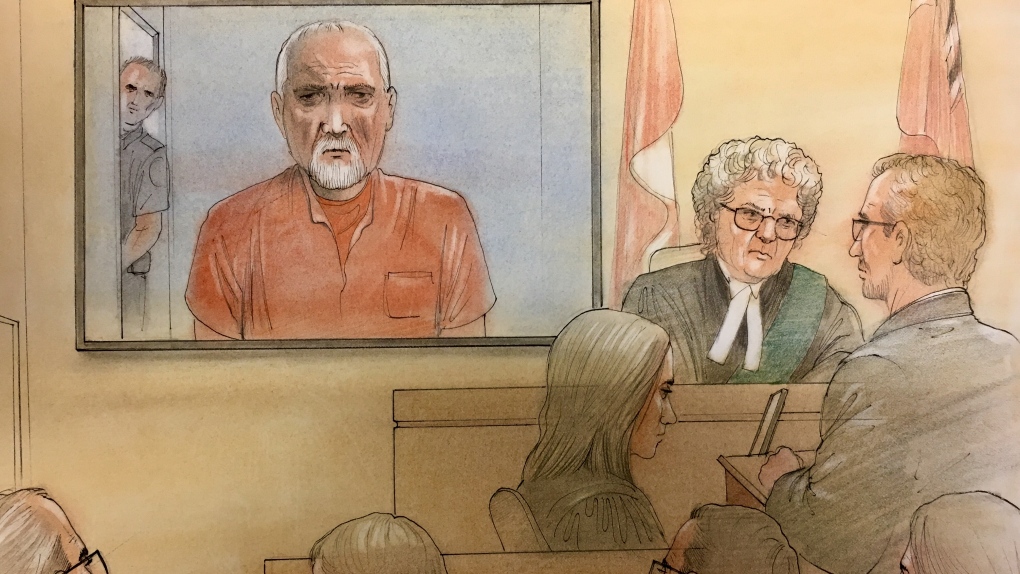 TORONTO -- Accused serial killer Bruce McArthur appeared briefly via video in a Toronto court Wednesday before his case was put over to next month.

The 66-year-old self-employed landscaper is charged with the first-degree murder of six men who had ties to the city's LGBTQ community.

McArthur appeared via video from a Toronto jail, wearing an orange jumpsuit, and spoke only to say his name during the hearing that lasted a few minutes. The case was put over to April 11.

McArthur was arrested in January and charged with the murders of Andrew Kinsman and Selim Esen, who went missing from Toronto's gay village in 2017.

Later that month, McArthur was charged with the first-degree murder of Majeed Kayhan, Soroush Mahmudi, and Dean Lisowick. In February, he was also charged in the death of Skandaraj Navaratnam.

Jeff Tunney, who knew Lisowick, was at Wednesday's hearing, saying he wanted to attend all of McArthur's court appearances.

"I feel bad because you're supposed to watch out for your friend and I obviously didn't do a good job on this one," he said. "You try not to blame yourself, but there's always this little bit of what if, maybe if I did this or did that, maybe he wouldn't be where he is today."

Tunney said he had lived with Lisowick for a period of time in 2016 and noted that his friend, who police have said had no fixed address, bounced between shelters. Police have said Lisowick was never reported missing.

Police have recovered the dismembered remains of seven people from planters found at a home in midtown Toronto where McArthur worked and stored equipment. They've identified three sets of remains so far -- those of Kinsman, 49, Mahmudi, 50, and Navaratnam, 40

Last week, Toronto police took the unusual step of releasing a photograph of a dead man they said was another alleged victim of McArthur's, saying they needed the public's help to identify him.

Investigators have been combing through dozens of tips that have come in since then, but the lead detective on the case has said it will take weeks to work through them all.

Toronto's LGBTQ community had long feared there was a predator targeting men in the gay village and for years had pushed police to do more on the men who vanished from the area.

The force's professional standards unit has also launched an internal investigation related to the McArthur case. Det. Sgt. Hank Idsinga said he came across some "concerning" information during his investigation that triggered the probe.

While he wouldn't elaborate on details, two sources close to the investigation said the probe focuses on the actions of police who interviewed McArthur a few years ago about a separate, unrelated incident.