All options but separation on the table to expand autonomy: Saskatchewan premier 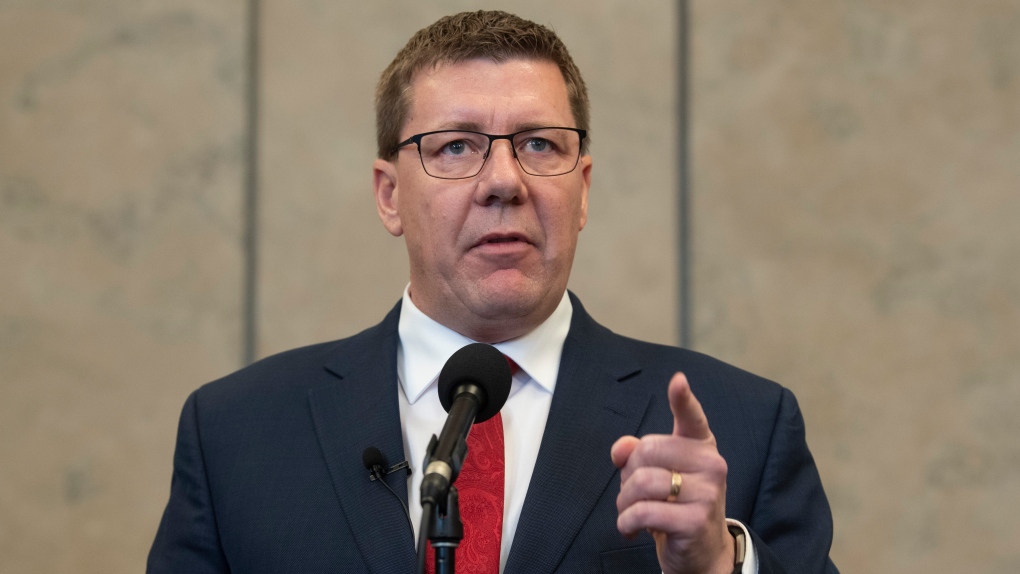 REGINA -- Saskatchewan Premier Scott Moe says all options are on the table when it comes to expanding his province's autonomy, except for separation.

Moe says it's still early going and he will be considering different ideas.

"I don't think Saskatchewan separating from the nation is the answer," he said following question period Wednesday in the Saskatchewan legislature.

"However, I am not going to denounce the feelings and the conversations that are happening by Saskatchewan people," he said.

"What we're considering is the conversation about what opportunities we may have to enhance our provincial autonomy."

Moe said Tuesday, after what he called a disappointing meeting with Prime Minister Justin Trudeau, that the province would be looking at ways of increasing its independence.

Alberta Premier Jason Kenney, who shares Moe's concerns about how they believe Ottawa is treating the energy-producing provinces, has floated ideas such as pulling out of the RCMP in favour of a provincial police force or withdrawing from the Canada Pension Plan.

Saskatchewan Opposition NDP Leader Ryan Meili said Moe needs to denounce separating from Canada rather than flirting with the idea by bringing up provincial autonomy.

Meili suggested Moe is playing to the separatist vote in the province.

"He doesn't want to alienate any of his base and, as a result, fails to take any positions of conscience."