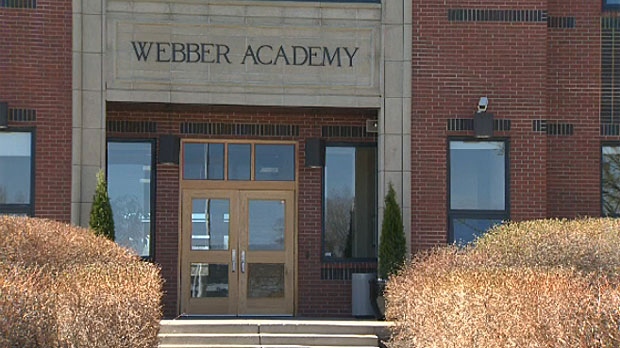 Webber Academy in Calgary is seen in this undated file photo.

CALGARY -- A private school found to have discriminated against two Muslim students by not allowing them to pray is challenging the ruling in the Alberta Court of Appeal.

Webber Academy in Calgary is arguing in its appeal filed in mid-September that it has a right to remain secular.

Last summer, an lower-court judge upheld a decision by the Alberta Human Rights Commission that found Webber Academy unlawfully discriminated against the students. The judge also upheld a $26,000 fine.

The boys, who were in Grades 9 and 10, testified that praying is mandatory in their Sunni religion. Sarmad Amir and Naman Siddiqui, were told in 2011 that their praying -- which requires bowing and kneeling -- was "too obvious" in a non-denominational school.

They continued to hold their prayers in secret in the school or outside in the snow.

"There's been no change here whatsoever. We continue to operate on the basis that we are a secular school and there's no prayer space for anybody that would ask for it and nobody's asking for it other than the families who took us to the human rights commission," said school founder Neil Webber.

The school argued in its original appeal in Court of Queen's Bench that the boys' parents were told Webber Academy was non-denominational and there was no space in the school for praying.

"We just have a separation of the practice of prayer from the education here," Webber said.

There are about 1,000 students attending Webber Academy. In its 19 years of operation, there has only been the single complaint, Webber said.

"We welcome youngsters from all these backgrounds and things are working well."

There's no word on when the appeal will be heard.