Airline says it should have 'caught the error' as Ont. woman, child boarded wrong flight 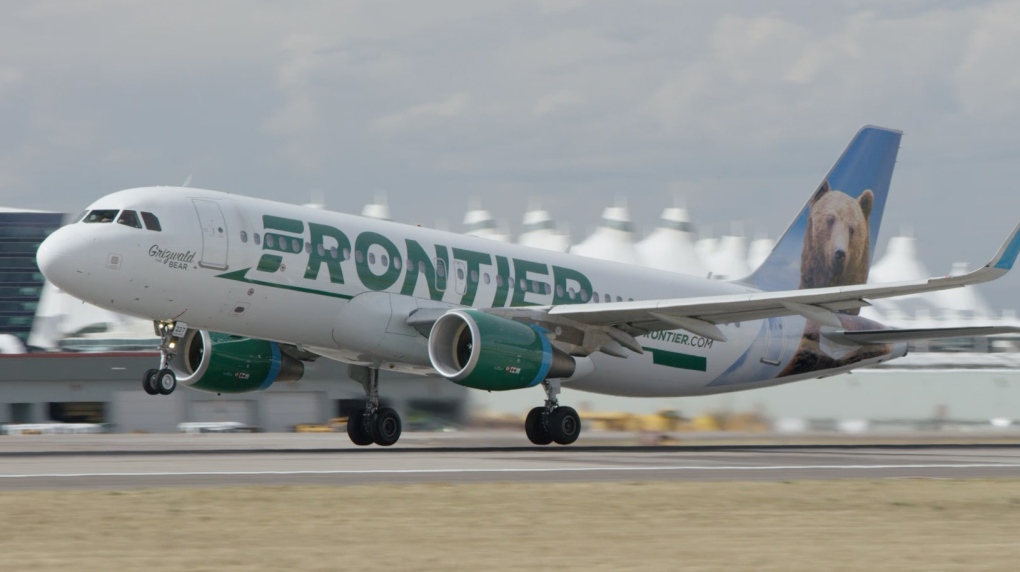 TORONTO -- U.S.-based Frontier Airlines says one of its gate agents “should have caught the error” that led to a Guelph, Ont. woman boarding the wrong plane in Florida.

On Feb. 3, Merissa Goodchild and her four-year-old child arrived at the Tampa International Airport to catch her lunch-time flight to Buffalo, N.Y.

They had passed through security and were waiting in line at what Goodchild thought was her boarding gate. But that lineup was for a flight to Philadelphia, not Buffalo. It turns out their actual gate was several metres away, where attendants from the same airline were onboarding passengers.

But Goodchild didn’t know that.

She showed her and her child’s boarding passes and passports to the Frontier Airlines gate agent and they made their way onto the plane. The passes weren’t electronically scanned, as is standard at most gates, because Frontier Airlines’ check-in system was down that day.

“We were about to take our seats … and the flight attendant came on the line to let us know about flight times and the weather: It was to Philadelphia,” Goodchild told CTVNews.ca by email.

She frantically began asking other passengers where they were headed and they all said Philadelphia. Before the jet bridge was pulled away, Goodchild managed to flag a flight attendant to tell them she’d been allowed to board the wrong plane.

Goodchild said they had to wait until everyone was seated before she and her child were hurriedly ushered to the other gate. She told CTVNews.ca by phone it was only by the “luck of God” did she manage to make her flight to Buffalo in the nick of time.

Goodchild was irked that airline staff were unsure how her tickets hadn’t been flagged. She said the airline staff seemed unconcerned about how the mistake had slipped by their agents.

“I think if you’re flying alone with children, you should be supportive,” she said. Although she conceded she hadn’t triple-checked her gate number as she had been juggling her child, Goodchild said Frontier Airlines should have caught her mistake.

“And a simple ‘we’re sorry’ would have went a long way,” she said. She called the airline’s customer service line to alert them about her ordeal and what she thought was a potential security risk.

However, U.S. Transportation Security Administration spokesperson Mark Howell said that by the time air travellers end up at the flight gates, TSA employees have ensured people haven’t circumvented any screening.

“But we’re not responsible for you getting to the gate,” he told CTVNews.ca over the phone. Howell said the TSA only checks people’s identification, confirms it matches the boarding passes and ensures people pass through the security checkpoints.

A spokesperson for the Denver, Co.-based Frontier Airlines told CTVNews.ca that a series of factors led to the mishap.

“In this particular instance, the computer check-in system went down and gate agents were manually processing passengers’ boarding passes,” Frontier Airlines spokesperson Jennifer de la Cruz said in an email. “Be that as it may, the gate agent still should have caught the error.

“Given the manual check-in, we purposely increased the level of communication on board the aircraft to ensure all passengers were clear on the flight’s destination,” she added. “This is what led to the passenger realizing she was on the wrong flight.”

De la Cruz said the company was going to conduct remedial training for the Tampa gate agents “to avoid such an occurrence in the future.”

But Goodchild still worries that if she had realized in time that she had boarded the wrong plane, “we would have been sent to the wrong airport.”

However, de la Cruz said if that had happened, “we would take immediate measures to get the passenger to the correct destination as expeditiously as possible including on an alternate airline, if necessary.”