Air Miles may need to shift how it operates as partners look to cut costs, expert warns 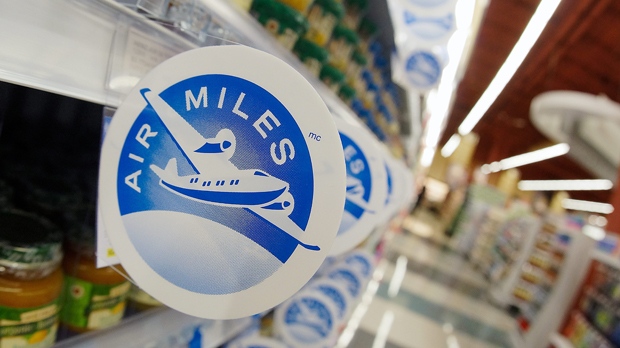 Air Miles is making changes to its program. (File Photo)

TORONTO -- An expert in loyalty reward programs warns that Air Miles might be in for some challenges as some retailers consider cutting costs due to the COVID-19 pandemic.

Since May 2020, Air Miles has lost partnerships with Rona, Rexall and the LCBO, as each of the companies have at least hinted at bringing in their own in-house loyalty programs.

“I don't know if it's the beginning of the end, but it's definitely a shift in what Air Miles is going to have to do,” Patrick Sojka, founder of RewardsCanada.ca, told CTVNews.ca.

“I think they're hurting because to be part of the Air Miles program is very expensive for merchants. It's an expensive proposition and now what we've seen emerge in the last probably six or so years are very inexpensive, pretty cheap back-end systems that allow single stores or chains stores to set up their own loyalty programs for a fraction of the cost.”

Sojka speculated that big box retailers seeing a drop in sales due to the pandemic might be dropping Air Miles as a way of cutting costs.

“Some merchants might have seen their revenue drop and they're seeing where they can save money and that would be cutting the costs of being part of Air Miles,” Sojka said.

“Ultimately, if they're finding out that: ‘Yeah, we're paying this much for every mile,’ you can cut that by a quarter or even 10 per cent by running our own program and then there's that additional savings.”

Air Miles is operating what’s known as a “coalition loyalty program,” which means it relies on multiple partners to deliver a variety of options in collecting and redeeming points to its collectors, Sojka said. Aeroplan and Scene have both operated this model as well in recent years, but have since scaled back their offerings.

“Over the last couple of years, that whole coalition model is kind of dying a slow death,” he said.

For certain retailers, an added advantage to creating an in-house loyalty program is that the marketing data they receive from these programs contains information about their customers exclusively, rather than customer information from several retailers, Sokjo said.

“That data is strictly their customers and it's their data, and I think it allows then for more customization, more personalization, rather than basically a third-party holding onto that data,” he said.

Rachel MacQueen, senior vice-president of marketing and collector experience for Air Miles, insists the company is still in a good spot with several high-profile partnerships, including Shell, Metro and Sobeys, to name a few.

“We never like to see a sponsor go, but I certainly can't speak on their behalf with respect to their business decisions,” she said. “What I can say is that Air Miles continues to be a really strong loyalty program for our 11 million collectors.”

MacQueen added that an Air Miles card is swiped thousands of times every minute of every day and points are redeemed every two seconds.

Due to the pandemic, MacQueen said Air Miles shifted its focus toward offering more points for online purchases and added 95 new partners in the e-commerce space in the past year.

“We really felt that that was an important area of focus for us to make sure that we were expanding the ways for collectors to get miles in the way that they're now doing shopping,” she said.

Are you celebrating getting your COVID-19 vaccine? We want to hear from you