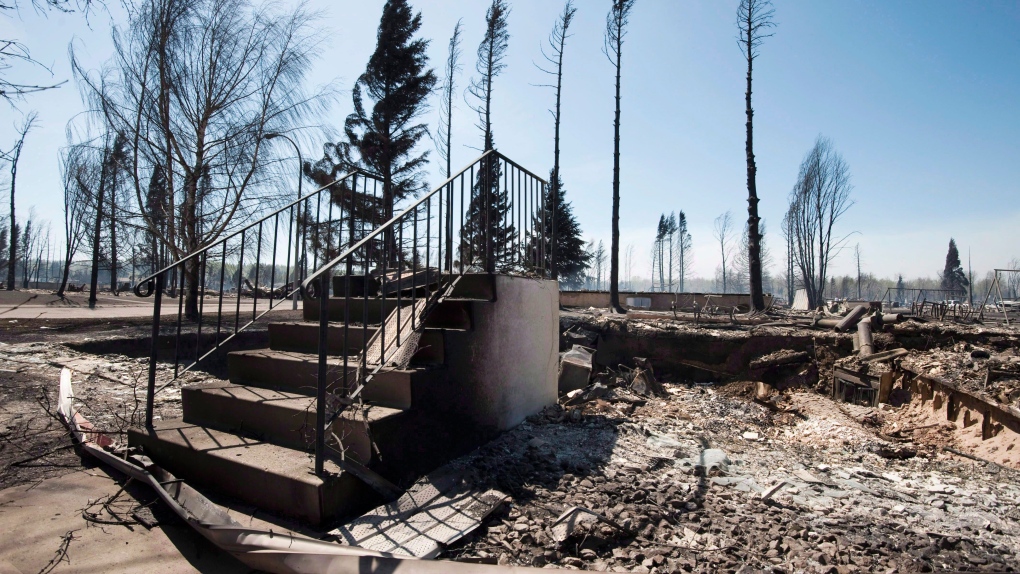 EDMONTON -- Two years ago, some people in the northern Alberta town of Slave Lake were told to leave their homes, some didn't realize they should, and still others didn't understand the urgency until flames were at their front door.

A review released Tuesday details the initial panic, confusion and tension when wildfires ripped through the community on May 15, 2011. Roughly one-third of the town was destroyed.

Consulting firm KPMG, in a 200-plus page report, made 19 recommendations to improve the province's disaster response.

Municipal Affairs Minister Doug Griffiths said the government accepts all the suggestions and has already implemented most of them.

"We knew what we needed to improve upon," Griffiths said following a disaster conference in Banff, where planning officials from North America discussed lessons learned from such disasters as the Slave Lake fires and Hurricane Katrina.

"A lot of people recognize what we bring to the table and they're coming to learn from us."

Griffiths said there is no perfect response to a disaster. And, in the case of Slave Lake, officials were met with what is believed to be the largest, fastest, most destructive fire in the province's history.

High winds drove the fires into town, destroying 500 homes and buildings -- including the municipal office and radio station. The estimated damage and firefighting cost totalled nearly $1 billion. About 2,000 people were left homeless.

The review found that the evacuation and the disaster response were not ideal, but deemed them ultimately successful because no one died.

"No plans were available at local or provincial levels to accommodate the need to evacuate so many residents," said the report. "Most of those involved were not well-prepared or trained for the possibility of a large evacuation, from individual residents to governments to first responders.

"In particular, the speed of the wildfires made it difficult to warn residents or issue an evacuation order in a timely fashion."

A report last spring by a retired RCMP supervisor found that residents weren't warned about safety risks or evacuation plans in the days before the fires spread.

Some people complained that they weren't given enough warning and, when they realized they had to leave, were forced to turn around because some roads were closed.

The government has made improvements to its emergency alert system. Griffiths said officials are still working on ways to better help evacuees obtain clothing and get their children back into school.

It's also trying to devise a better way to handle donations. After the fires, Slave Lake was overwhelmed with truckloads of clothing, furniture and other goods and had to turn many away.

"It took a lot of volunteer hours to sort, organize and co-ordinate," said Griffiths. "I don't know how you ask people not to donate -- that, of course, it would be more appropriate if people donated cash."

He said the only recommendation the government won't follow is environmental hazard testing. It would be too costly to measure each community, Griffiths said, and filing away the results wouldn't keep them timely.

Instead, officials are researching whether a "snapshot" test can be done of a specific area before an anticipated disaster strikes.

There have been 231 wildfires recorded in Alberta so far this season. Out-of-control fires near Nordegg and Lodgepole in the west-central foothills have forced a few hundred residents from their homes.