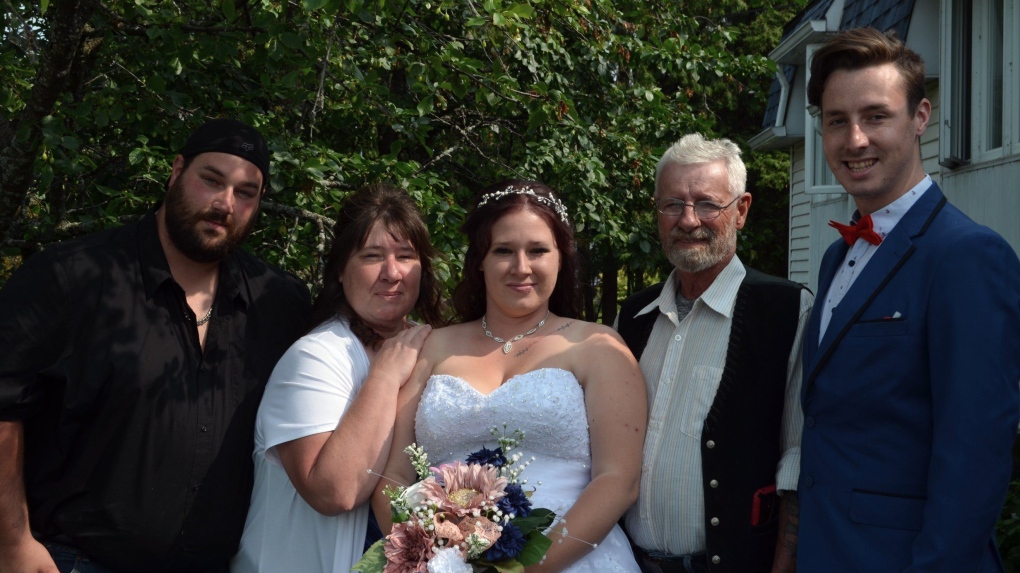 MONTREAL -- Francis Lalonde Langlois's favourite memory of his mother is when he was five years old and she blew up 2,000 balloons on New Year's Eve because she wanted her three children to remember the first moments of the new millennium.

For his sister Stephanie, it's bringing her own kids to bake and decorate for Christmas with their grandmother.

"She was very strong and had a huge heart," she said.

On the night of Nov. 15, 2019, Linda Lalonde's life was cut short when, days before her 49th birthday, she was killed in her home in Salaberry-de-Valleyfield, Que., west of Montreal. Police said at the time that her body was found after her husband, Stephane Masse, turned himself in at a police station.

Lalonde's death is one of a recent series of alleged domestic homicides in the province that has left advocates hoping they'll be the catalyst needed to spur genuine change.

The latest woman to lose her life in the province was Jael Cantin, a 33-year-old mother of six whose body was found Thursday morning in a home in Mascouche, a suburb about 45 kilometres north of Montreal. Her partner, Benoit Cardinal, has been charged with second-degree murder.

In Lalonde's case, her family says they never saw it coming. In a recent interview at a coffee shop, two of her three children and her sisters, Julie and Carole, explained that Lalonde, a cancer survivor, had been happier than ever after getting in shape and losing 100 pounds. Masse, they said, was liked by the whole family and appeared to dote on his wife of 10 years, whom he described as his angel.

"It there was a ladder high enough to unhook the moon for her, he would have done it," Carole Lalonde said.

But experts say that in most cases, signs of domestic violence are present, and recognizing them is key to preventing murder.

The executive director of Shield of Athena, a non-profit organization for victims of family violence, says that every case is different, but domestic violence usually occurs in an escalating cycle.

There is typically rising tension, an explosion and a cool-down or "honeymoon" period that leads the abused partner to believe the violence was a momentary lapse, Melpa Kamateros said in a phone interview.

Other times, she said, the signs can be much more subtle -- repeatedly calling one's partner, isolating them from friends and community or trying to control how they dress.

Women made up between 76 and 80 per cent of the adult victims of the 662 cases recorded over a nine-year stretch between 2010 and 2019, according to Peter Jaffe, a Western University professor and co-leader of the Canadian Domestic Homicide Prevention Initiative.

Every trend that emerged when the project began examining domestic homicide rates between 2010 and 2015 remained virtually unchanged when research was expanded to include data from the last three years, according to a report released last fall.

"Every death our research team reads about is painful, and it's especially painful because when the facts come out, the cases seem so predictable in hindsight," Jaffe said in a phone interview.

In about 10 per cent of cases, he said, children are killed in the context of domestic violence when one parent, most often the father, kills the children as an act of revenge against a partner leaving the relationship, or as part of a murder-suicide.

That tragic scenario played out in an east-end Montreal neighbourhood in October, when a father and his children, ages five and seven, were found dead in what police described as an apparent murder-suicide. Local media reported the mother, who found the bodies, had been in the process of separating from the father.

Only weeks later, police arriving at another Montreal home found the bodies of Dahia Khellaf, 42, and her two young sons, ages two and four. Her husband, who died by suicide, had been previously charged with assaulting her but had been acquitted around the time he signed a peace bond agreeing not to contact her.

Jaffe says warning signs can include a prior history of domestic violence, a recent or imminent separation, stalking behaviour, depression, drug abuse and access to weapons.

But all too often, he says, both victims and those around them are reluctant to speak out, due fear or shame on the part of the victim, or an unwillingness to get involved or believe the abuser is capable of violence.

"It's hard for friends, family to believe someone is capable of that," he said.

In addition to added resources to help victims and better co-ordination between police, judges, and social services, Jaffe and Kamateros say there needs to be more public awareness surrounding domestic violence, which has long been viewed as a taboo subject.

Jaffe hopes for large-scale awareness campaigns comparable to what has been done surrounding sexual harassment and mental health, in order to de-stigmatize domestic violence and encourage workplaces and families to support victims.

Kamateros agrees and wonders whether the recent spate of homicides in and around Montreal will be enough to jar society into action, in the way the denunciations against movie mogul Harvey Weinstein did for sexual assault and harassment.

"We're still waiting for that 'me too' moment," she said.

The Lalonde family say they have struggled for answers in the wake of Linda's death, which has led to a charge of first-degree murder against Masse. Stephanie Lalonde says she's still numb, "like a wilted flower," unable to process the death. Francis feels flashes of anger.

In retrospect, they look back at old photos of their mother and Masse and wonder if the way he wrapped his arm around her, or the way he phoned her repeatedly when she was out, were signs of possessiveness. But all four family members say the couple seemed happy, and Lalonde wasn't the type to endure domestic violence without saying something to her close-knit family.

They describe her as a fighter, a woman who had three children despite being told she couldn't carry a pregnancy. "She was not a victim, my sister," Julie Lalonde said.

Francis Lalonde Langlois said that, if anything, his mother's story should send the message that no family is immune from violence, no matter how happy they seem.

This report by The Canadian Press was first published on Jan. 19, 2020.