Accused in Amanda Todd case heads to court in Netherlands 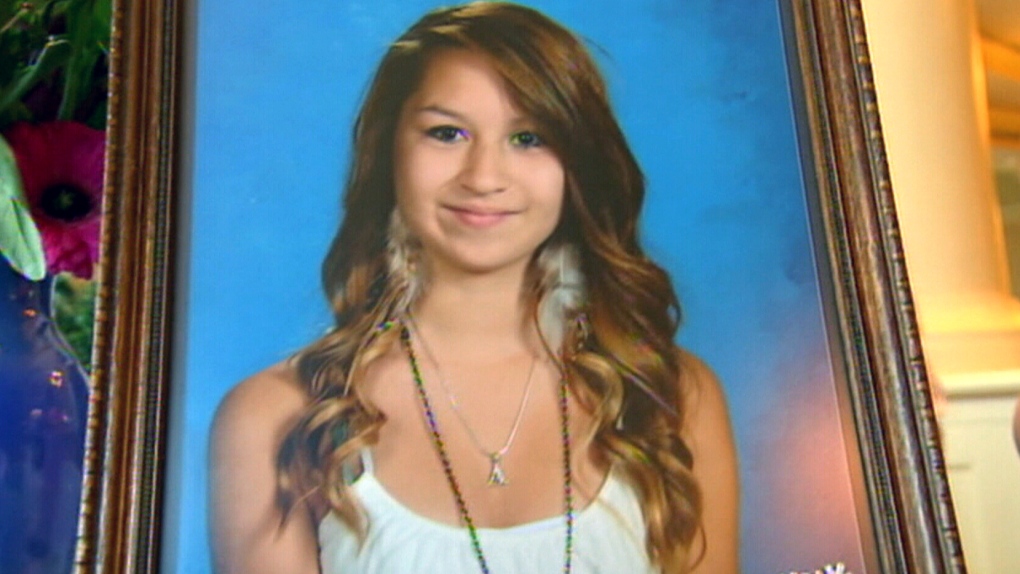 Amanda Todd, 15, is seen in this file photo. Todd killed herself following a period of relentless bullying sparked after an Internet harasser allegedly distributed nude photos of her online throughout her community.

VANCOUVER -- The trial of a Dutch man facing dozens of child pornography and online extortion charges related to the suicide of a British Columbia teenager is slated to begin Friday morning in Amsterdam, despite Dutch media reports that his lawyer has quit on the eve of the hearing.

Aydin Coban is accused of using webcam video with sexual content to blackmail up to 39 victims from various countries, many of them underage.

The federal government has asked the Netherlands to extradite Coban to Canada, so he can stand trial on five separate charges linked to the 2012 death of 15-year-old Amanda Todd of Port Coquitlam.

Todd killed herself following relentless bullying that was sparked after an Internet harasser allegedly distributed nude photos of her online.

A good defence is far more than just a file read fast, Malewicz is quoted in Dutch as saying in the news outlet Omroep Brabant.

A suspect has the right to a fair, adequate defence, he added.

"It's impossible for him, in my opinion, to read and to prepare himself," van Dijk said.

Coban faces more than 72 charges in the Netherlands, including making, distributing and possessing child pornography, according to a spokeswoman from the Dutch National Prosecutor. They also include assault, attempted assault and luring young victims, she said.

The majority of those charges involve 34 underage victims from the Netherlands, Norway, the United Kingdom, the United States and Canada.

Five charges involve five men from Australia and the U.K., who Coban is accused of blackmailing.

The trial is scheduled to run into the latter half of May, with a ruling scheduled for June 13. It's unclear how a possible shuffle in lawyers will affect scheduling.

Canada is the only country that has asked for Coban's extradition. That proceeding is scheduled to begin June 14.

The request for extradition was made by the federal government, but it was triggered by B.C.'s attorney general.

The provincial Justice Ministry said in a statement that, if found guilty, Coban wouldn't necessarily have to serve his entire sentence in the Netherlands prior to being extradited.

Todd is not included in the criminal proceedings taking place in the Netherlands.

"The case against Mr. Coban is a serious one that has affected British Columbians and it should be tried locally," wrote the ministry.

"The tragic consequences for Ms. Todd in this matter had a significant impact on British Columbians, and they have the right to see that justice is served in their community."

The Netherlands could postpone Coban's extradition, if approved, until criminal proceedings were complete or his sentence was served, though he could be extradited to Canada for prosecution, said the Dutch prosecution service.

Still, van Dijk said it's unlikely the extradition will be approved.

Both Todd's case, and that of the other 39 alleged victims, revolve around the use of controversial police surveillance software called a keylogger, which was used to collect evidence against Coban, van Dijk said.

A keylogger is a covert device that monitors computer activity by recording which keys are pressed on a keyboard.

"If the Dutch court or the European court decides that the keylogger is not lawful ... then this whole case will collapse like a card house," said van Dijk.

That would mean no conviction against Coban and likely no extradition to Canada because the same keylogger was used to gather evidence in the Todd case, he said.

Todd's death, as well as those of several other young Canadians, helped spur Ottawa to pass anti-bullying legislation that criminalized the distribution of intimate images without consent. The law came into effect in March 2015.