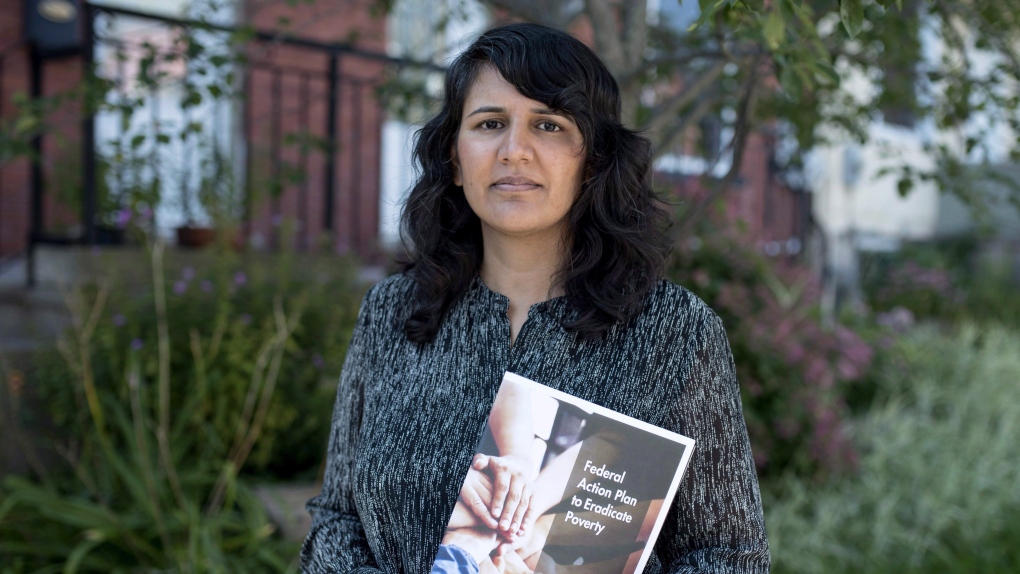 OTTAWA -- About 450,000 children are in families that depend on social assistance to pay the bills and the vast majority live below the poverty line, says a new report that hopes to prod the federal government to take additional steps to alleviate child poverty.

The report from an anti-poverty coalition released Tuesday marks one of the first estimates of children living on government benefits.

The figure plays a key role in Campaign 2000's annual report on child and family poverty, which suggests that increased, targeted federal spending on child care and housing could help lift hundreds of thousands of children out of poverty.

The federal government has allocated about $39.3 billion, plus about $17.5 billion more in tax breaks, on helping low-income Canadians in the current fiscal year. Absent that spending, millions more Canadians could fall below the poverty line, the parliamentary budget office says in a new report of its own.

A new federal housing strategy is expected to meet most of what Campaign 2000 asks for in its annual report: a portable housing benefit paid directly to tenants to provide more housing options; an Indigenous housing strategy; and a program to build new affordable housing and repair existing units, all of it aligned with an anti-poverty strategy to be released next year.

The Liberals are set to release their housing strategy on Wednesday and it will set what the government believes are deep targets to cut homelessness and help families living in homes, apartments and condos they can barely afford.

Meeting any of these goals will require the plan to focus on those families that are most likely to be spending too much of their income on housing, including low-income families, single mothers and Indigenous Peoples, said Anita Khanna, national co-ordinator of Campaign 2000.

The plight of children in the country is under a week-long focus on Parliament Hill as groups look to pressure the Liberals to not rest on their efforts to date.

Help on the housing file is expected to be part of a road map laid out by the charity Children First Canada, said founder Sara Austen.

Newly released census data show 1.7 million households were in "core housing need" in 2016, meaning they spent more than one-third of their before-tax income on housing that may be substandard or doesn't meet their needs.

The government hopes to cut those numbers by 500,000 households through its strategy, with billions in new spending to help with affordable housing and with wider affordability in the housing market as well.

Austen said the Liberals have moved the dial on issues like child poverty through things like the Canada child benefit, but the pace of change is too slow.

"We need to create a greater sense of urgency that we need to make rapid, evidence-based investments into the lives of children," she said.

The latest data from Statistics Canada found there were 1.2 million children living below the poverty line in Canada in 2015, about one-quarter of the country's low-income population.

The Liberals have looked to reduce those numbers through their $23-billion a year, income-tested child benefit, although the results of that spending won't be known until 2019 when income data becomes available.

The Liberals decided to adjust the value of the child benefit starting next year, tying those increases to the rate of inflation.

The parliamentary budget office projects that making sure the benefit keeps up with the cost of living will cost the government $800 million more over five years than the Liberals projected in their fall economic update.