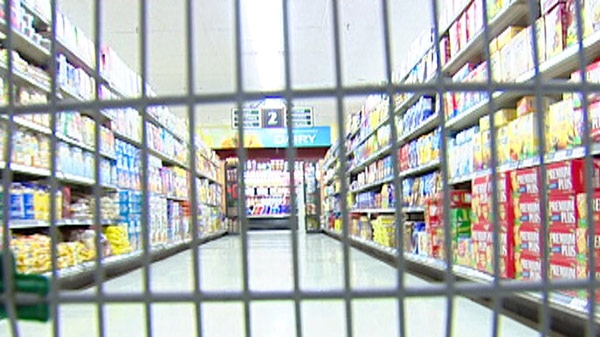 OTTAWA -- Canada's competition laws should be changed to prohibit cartel-like practices and wage-fixing deals in the country's grocery sector, a new report by the House of Commons industry committee says.

The move prompted the committee to hold hearings on the issue and invite senior grocery executives to explain their decisions.

While the retailers admitted to communicating with each other about ending their respective wage premiums of about $2 an hour, they denied co-ordinating the termination of the pay bumps, said the report, which was released Wednesday.

Michael Medline, president and CEO of Sobeys and Empire, said the company watched what other retailers were doing but did not collaborate or co-ordinate with competitors

"We would never do that," he told the parliamentary committee. "Let me be absolutely clear -- we did not co-ordinate our decisions with other retailers."

Metro president and CEO Eric La Fleche said he reached out to his counterparts at Loblaw and Sobeys to gather information -- not to obtain a tacit agreement on wages.

"The more information I have on what others are doing, how they are treating their employees and how much they are paying and for how long, is valid information that I tried to get," he told the committee last July.

But competing grocers communicating about wages at the executive level risks "a slippery slope towards cartel-like conduct," Matthew Boswell, commissioner of competition at the Competition Bureau, testified during the committee's hearings.

Yet he said the bureau lacks the power under the Competition Act to prosecute such behaviour and faces significant resource constraints.

In its report, the committee recommended Ottawa provide the Competition Bureau with more resources and align Canadian competition legislation with U.S. legislation in order to criminally prosecute such agreements.

"Doing so would clarify competition-related obligations for businesses active in Canadian and American markets, and facilitate co-operation between competition authorities in Canada and the U.S.," the report reads.

The report also said Canada's food sector would benefit from a code of conduct to address inequalities in bargaining power between food producers and grocers. The long-standing issue gained increased attention in recent months after some retailers unilaterally imposed higher costs on suppliers.

The committee has requested the government table a comprehensive response to the recommendations in the report.

At the outset of the COVID-19 pandemic, grocers said they offered pay premiums as a temporary measure associated with lockdowns.

As restrictions eased and shopping behaviour normalized, all three grocers made the decision to end pay increases, the report said.

Only Sobeys reintroduced its "hero pay" as provinces reinstated lockdowns, the report found.

Metro has offered gift cards to its front-line workers three times since phasing out the wage increase last June, while Loblaw announced a one-time appreciation bonus for workers in April.

Meanwhile, union representatives told the committee that the wage premium for front-line grocery workers was an important recognition of their essential role during the pandemic.

They testified that withdrawing the pay bump exacerbated the already difficult working conditions in food retail, including low salaries and lack of benefits.

Unions play a fragmented role in Canada's grocery sector. While several unions represent a number of grocery workers across the country, the majority of food retail workers are not unionized.

A recent report on Ontario's grocery industry found that about 20 per cent of food retail workers in that province were unionized.

Grocers such as Empire, Loblaw and Metro are at least partly unionized in Ontario, while Walmart and many smaller chains are often not, the Brookfield Institute for Innovation and Entrepreneurship said in the report last month.

"Wages and conditions vary by worker tenure, retailer, and store," the report said. "One national employer noted they operated with 350 collective agreements nationally."

Loblaw did not respond to a request for comment while Metro said it did not have any comment.

But Sobeys vice-president of communications and corporate affairs Jacquelin Weatherbee said the company was thrilled with the report and its support for an industry code of practice.

"We recently sent the (industry) committee a letter to remind them that we do not, under any circumstances, believe in wage fixing -- whether it's legislated or not," she said in an email.

"We also stated that we would welcome any clarification to the legal regime around competitors engaging in wage fixing and we are pleased to read their recommendation to that effect."

This report by The Canadian Press was first published June 17, 2021.