A brief look at provincial approaches to vaping regulations 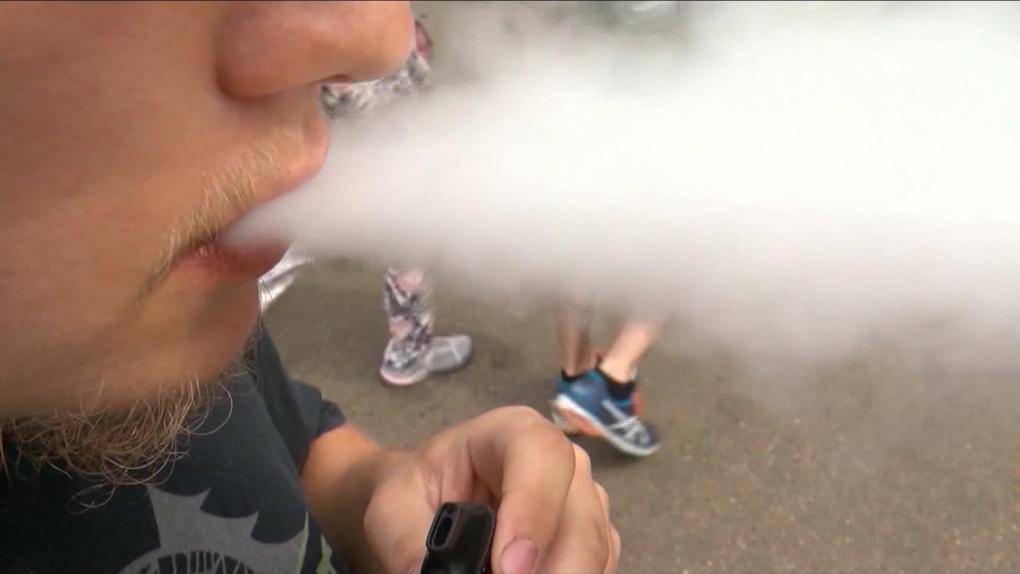 With the growing popularity of e-cigarettes, or vaping, health organizations across the country have been pressing for action to limit what they see as a health threat -- particularly to young Canadians. The following is a brief summary of the regulatory measures provinces and territories have enacted in an attempt to deal with the situation.

Alberta has no provincial legislation to address vaping, however, some of its municipalities have bylaws that restrict e-cigarette use in public places. The province's health minister, Tyler Shandro, has also asked for a review of tobacco and smoking legislation, with a focus on regulating vaping, as soon as this fall. The government says the review will help it develop strategies to protect Albertans from the harms of vaping, tobacco and tobacco-like products, and assess the effectiveness of current legislation.

The Saskatchewan government has passed amendments to its Tobacco Control Act to bring regulation of vaping in line with existing tobacco legislation. The new rules will restrict the sale of vaping products to people 18 and older and prohibit the promotion of such products in businesses frequented by young people, such as arcades, theatres and amusement parks. The use of vape products will also be restricted in and around public buildings, including schools and school grounds. The province says it expects the new regulations to be in force early in the new year.

The Manitoba government's Non-Smokers Health Protection and Vapour Products Act prohibits vaping by people under the age of 18. It also bans vaping in indoor public places like schools, libraries, hospitals, malls, restaurants and indoor workplaces. The province's ban on the advertising and promotion of tobacco products covers e-cigarettes as well.

Ontario has announced that as Jan. 1, 2020, it will ban the promotion of vaping products in convenience stores and gas stations. The government said the decision was made in response to new research that shows vaping is on the rise among the province's youth. However, the promotion of vaping will still be allowed in specialty vape and cannabis shops, which are open to people 19 and older.

In Quebec, the sale and supply of vape products to anyone under the age of 18 is illegal, and photo ID is required to buy such products. The online sale of vape products, as well as their use, is banned wherever tobacco smoking is banned. Electronic cigarette advertising -- except ads in newspapers or magazines that have an adult readership of not less than 85% -- is prohibited, as is the display of e-cigarettes in stores accessible to people under age 18. However, adding flavours to the liquids used in e-cigarettes remains legal, whereas it is not for tobacco products.

New Brunswick bans the sale of e-cigarettes and e-juices to people under age 19, and no one under that age is allowed to enter a vape shop unless accompanied by an adult. Outdoor advertising by vape shops is prohibited and promotional material inside the shops cannot be viewed from the outside. Restrictions on promotional materials that apply to tobacco in other retail shops also apply to e-cigarettes. The sale of flavoured tobacco, including menthol, is also banned in New Brunswick.

Health Minister Randy Delorey has announced the province will ban sales of flavoured e-cigarettes and juices as of April 1, 2020. Nova Scotia banned the sale of e-cigarettes to anyone under 19 in 2015. Vaping is also prohibited in any venue where tobacco smoking is banned, and vape shops are not allowed to display e-cigarette advertising outside their businesses.

The P.E.I. legislature passed a bill in November raising the legal age to buy tobacco and e-cigarettes from 19 to 21 -- the highest age limit in the country. The legislation also bans certain flavours of e-cigarettes. E-cigarette sales are already banned wherever tobacco sales are prohibited. Vape shops are not allowed to display e-cigarette devices in a way that makes them visible from outside the premises. Vaping or product sampling in retail outlets is prohibited, as it is in a public place or workplace. Any advertising that is misleading regarding the characteristics, health effects and health hazards of vaping products is also illegal.

Newfoundland and Labrador bans the sale of vaping products to people under age 19. Sales of such products are also banned wherever tobacco sales are banned, and promotional materials for vaping products cannot be visible inside or outside the shop where they're sold. Vape shops are allowed to operate in the province providing they only sell vapour products.

Yukon does not currently have any laws dealing with vaping. However, a bill was introduced in its legislative assembly in October that would, if passed, set the minimum age for buying vape products to 19 and prohibit the display or advertising of such products.

In the Northwest Territories, the Smoking Control and Reduction Act was passed in August but is not yet in effect. The rule changes would regulate the sale, display and advertising of vape products and the substances used in e-cigarettes. It would prohibit the use of these products by people under the age of 19 and ban the sale of food items that are designed to resemble vape (and tobacco) products. The sale of vape products at locations such as schools, hospitals, pools and recreational facilities would also be banned.

In Nunavut, current regulations only dictate where people can vape, but the territory's chief medical officer of health has said amendments to the territory's Tobacco Control Act to put stricter restrictions on vaping will likely be implemented sometime in 2020. Dr. Michael Patterson said the new rules would likely mirror tobacco regulations, which ban flavoured tobacco and flashy packaging aimed at enticing young people.